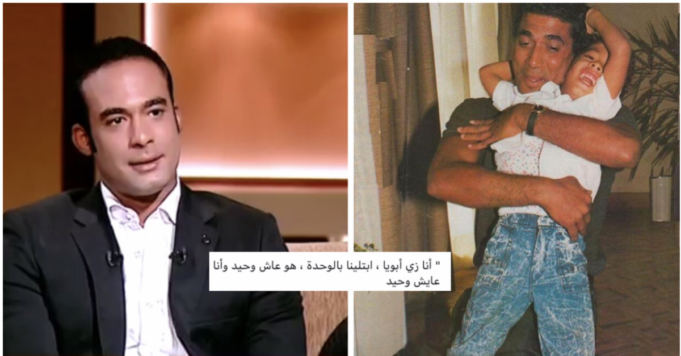 It was reported that the young man was found dead at his Sheikh Zayed home after his fiancée had tried reaching him several times without success. She eventually got an official warrant to break into the house and check on him.

The cause of death was announced to be a sudden decrease in blood flow.

While the news itself is incredibly sad and shocking; there’s one very heartbreaking thing we can’t get over – and it’s that not only did Zaki die alone in his house, he also died exactly how he imagined he would years ago, alone at a young age.

The reason we think that Zaki’s death is a different kind of eye-opener is the fact that no one in the world deserves to die alone without being surrounded by their loved ones.

In 2018, Zaki said some very heart-aching words on loneliness in an interview with Egyptian TV presenter Amr El-Leithy.

“I’m now aware of the feelings my father had to go through. Like how being alone, especially in such a field, can a very tough thing. Because it’s different when there are people around you to motivate you and be there for you. I know God is always with me, but I’m in this completely alone. One thing my father and I have in common is loneliness,”

Here’s a thought: Nobody’s going to live forever, and nothing could ever stop death whenever it chooses your name. But encountering death is one thing, and encountering it alone is another.

And we – humans, in general – often forget how crucial and important it is to hold on tight to our loved ones, whether they are our family members, parents, friends or partners.

The way we sometimes unconsciously take their normal existence in our lives for granted is so sad. Because they won’t always be here, nor will we. And this reality escapes our minds a lot when it really shouldn’t.

So whether it’s your mom, dad, grandparents, friends, cousins, second cousins….etc; always remember to reach out to them and be there to support them and check on them. Especially if they live alone and don’t have many people around them like Zaki.

Also, never ever disregard anything they say about loneliness, death, sadness or any similar topic they may hint at. Because you never know it’s a sign until something happens.

And as sad and heartbroken as we are for the sudden and premature passing of this kind and talented human being, we should also take this as a strong reminder to keep our family and friends close and not to let them or ourselves suffer this fate.