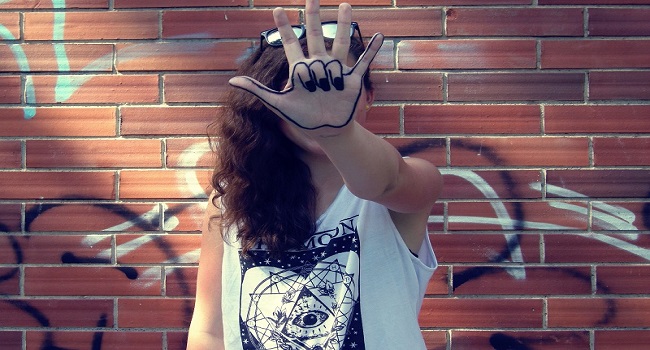 I’ve been called a bitch more often than I could possibly remember. If you refer to the actual definition of the word, a bossy and blunt woman, I am definitely, in all languages, a major bitch. But since when is being a strong woman a flaw?

And I’m not afraid to ask for it. I like things done my way, and sometimes that can come across as a little bossy AKA “bitchy”. But it’s just who I am. Why waste time when I know I’ll do something right the first time?!! Surely, I have my own share of mistakes, but I own up to them because I know they are my mistakes and I can learn from them and fix them.

Being cold can definitely come across as being a frigid bitch, and it’s definitely gotten me into trouble in most of my relationships. But it’s not entirely my fault. I’ve gotten hurt a lot in life. I also say whatever comes to mind at that exact moment, mostly without thinking. It’s hard to remember that other people have “normal” emotions.

I throw myself into whatever I’m doing; whether it’s a work project or planning a friend’s party. I’m intense because I care, and I don’t like to mess up.

This is where I tend to get the most accusations of being a bitch, probably because I tend to refer to myself as one. It’s a defensive mechanism; everyone should be able to laugh at themselves, and I will be the first person to give someone a reason to. Sarcasm is my way of being blunt without being too rude!!

I’m always good to let someone know when they have food stuck between their teeth, messed up makeup or a bad outfit. I’ve never been the one to hold back the obvious truth. I’m going to tell you exactly what I mean every time, even if some feelings get hurt along the way. I usually try to use my words in the nicest way I can, but sometimes it’s just not possible to kindly tell someone I simply don’t like them.

I want to be the best in EVERYTHING and I don’t care if we are “BFFs”. When it comes to that new promotion, I’m going to do everything I can to get it. However, don’t confuse that with the idea that I will stab you in the back,; I don’t fight dirty. If I’m going to get that job, it’s because I’m the better candidate, and I will make sure you know it.

Maybe it’s my resting bitch face, or just my bold personality, but I guess it can be a little intimidating. I like to think I’m a decent person who just happens to be more aggressive than most people. But guess what? Every time you call me a bitch, I’ll laugh it off because IDGAF what you think.