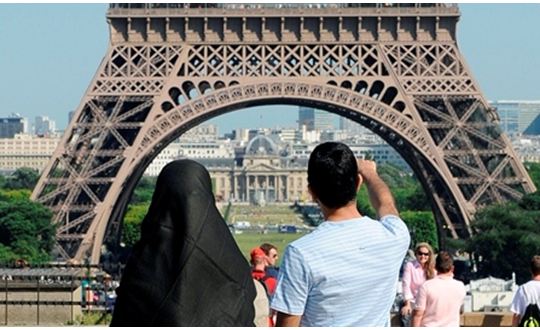 What’s happening around the world is truly tragic, in every sense of the word. It’s like wherever you look in the world, there’s destruction and misery. Nowhere seems safe, especially in the Middle East. People are dying in Yemen, houses are being destroyed in Lebanon, history demolished in Syria, and let’s not even begin with Egypt!

Ever since the 9/11 attacks, fingers unquestionably point at Muslims after any terrorist act. With the recent events unfolding in Paris, many Muslims found it necessary to actually apologize for what happened. Now let’s set the facts straight; it really isn’t any Muslim’s fault. Many could be giving some pep talk to Muslims on why they shouldn’t be blamed or suffer from what’s happening, but it really is true. If we keep blaming ourselves, how do we expect others not to blame us? Learn about history, and know for a fact that you must stop blaming yourself, and religion, for what’s happening.

Throughout history, religion has been used as a political shield

We all know that! Look at all the major wars in history; they all started with the excuse of religion in one way or another. Most recently, and most valid, was WW2. It started as a result of the torturing of Jews by Christians. The KKK was also a radical Christian group which wanted supremacy. Same as ISIS, just different “religion”.

They might think they are, but that’s not what Islam is and we all know that. Their Islam is different from yours, and we shouldn’t be placed under the same category. From media to politicians, they all started the whole “ISIS” name. They started with Da’esh, yet they insisted in making sure people know they’re Muslim.

Non-Muslims are always given excuses other than being terrorists

Look at all the shootings in the US. Even the most gruesome one, the Aurora killings by James Holmes, was not labeled terrorism. He pleaded not guilty by reason of insanity, and it was accepted. If this was a Muslim man, we all know very well that this reason would have never been accepted.

Muslim countries suffer from terrorist attacks the most

Directly or indirectly, we suffer the most! Whether it’s by getting our houses destroyed, loved ones killed, getting kidnapped, forced to join the armies, suffering financially, or more importantly, coping with psychological trauma.

If you feel threatened, it’s a natural instinct to blame others for your threats. So when a Muslim is attacked, it’s only an act of defence from the attacker. We’re not defending any of the actions, but it’s nothing that anyone could control unless the mentality of “Muslims are terrorists” is banished, which will take tens, or even hundreds, of years.

But you should know it’s not your fault

You must stop apologizing and being embarrassed!

Just stop already! You’re not guilty of anything, and being sorry for yourself won’t help either. You’re only making a fool of yourself, and apologizing for something you haven’t done. As a human-being, we all must be sorry for the events, but not sorry because we think we caused them in any way when we didn’t.