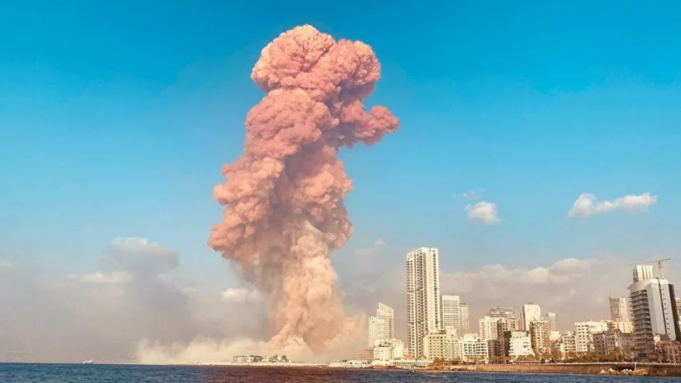 As recent events go on, we’ve all sadly seen a lot of disasters take place in quite a few countries, the most recent of which is Lebanon, after the explosions in Beirut.

Understandably, after this disaster, people stood in solidarity with the Lebanese people and shared all the information they could about the incident and why it happened and donation links as well.

However, some of what was being shared was neither information nor aid links.

It fits into a third category that honestly leaves a bitter taste once you see it because you’ll see it every time a major disaster happens anywhere in the world:

People sharing extra graphic photos and videos of the rubble, the injured, and the victims, which is now so normalized barely anyone bats an eye at its happening.

If you don’t know why this is wrong, let us help you. See, the thing is — this is simply sensationalism, which is wrong on all moral levels.

For one thing, sharing graphic content like photos or footage from, for example, the moment of explosion hitting bystanders does nothing to help anyone. It literally doesn’t, even if you think it does because it “spreads awareness” or something to that effect.

Information can easily be spread through written posts and non-graphic images and/or videos that won’t possibly hurt someone mentally or emotionally when they see that content.

And before you ask, there’s a major difference between regular people sharing that type of graphic content and between news stations sharing them.

Mostly because news stations are required to share the full version of events (and even then, graphic content that doesn’t add to context is extremely frowned upon) and because they put more reliable warnings before airing that content.

By posting triggering images of the victims (which happens disconcertingly a lot) and excessively violent videos, you’d be actively dehumanizing these victims. You’d be turning them into disaster-p*rn under the guise of “information” and “awareness”. And that is wrong.

So, what do we do now? Not talk about things at all?

Okay, so let’s mention one thing first. Though sharing extreme images/videos from disasters is wrong, we can all still learn to do better. Especially if some of us didn’t know how bad this was because of how normalized it is.

It’s perfectly okay to share quotes and footage from the survivors of the incident or from the incident, just be aware of the line and of what’s actually shareable and what isn’t.

For example, media-less explanatory posts and donation links are good to go. Videos and graphic images need you to think more, however. Is there too much violent in the content? Is someone covered in blood or actually dead under the rubble?

If so, simply don’t share it and stick to sensationalism-free content that actually does spread awareness and info.

And once you do that, you should try to talk to those graphic-content posters. Tell them to take that content down, especially if they’re not journalists. And if they are, tell them to post a warning.

Tragedies deserve our respect, at the very least.