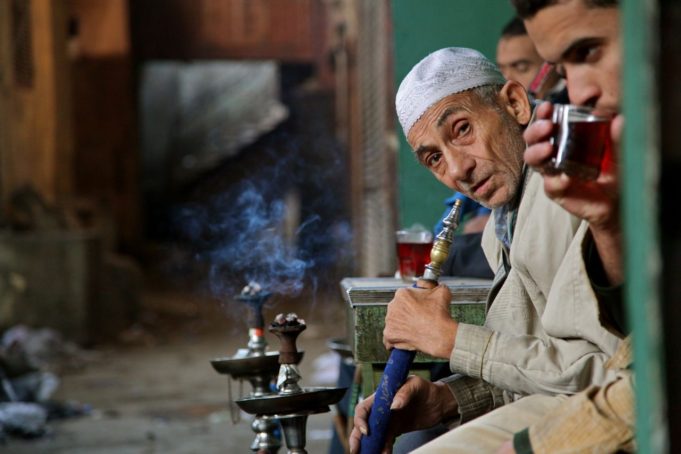 Let me guess, you’re super ethnic. You insist on being all about the pyramids, you can’t stop saying how much you love kebda and know all 3arabeyat el foul around, you took pictures of you smoking shisha because it shows just how Arab you are and you use Egyptian slang (even if you don’t really know what it means every time).

You’re also a student in or graduate of an International/American/British/German/French school. You write in Franco/Arabe because you can’t use an Arabic keyboard without looking at it and secretly feel bad about it. And you just can’t accept the fact that you’re still far from utterly, completely and absolutely being Masry.

This tug of war between I want to showcase my nationality despite just being a product of a cosmopolitan society is a common inner conflict no one addresses. Subconsciously speaking, it’s the centerpiece of your desire to categorize yourself. Sociologically speaking, it’s just a way you conform to society.

Negating your nationality, speaking English with the taxi driver and mispronouncing words of your native language will ultimately lead to some guy calling you an Americanized farfur. However fully accepting your nationality, embracing it and living the true Masry life, drinking tea as bodily fuel and adding 500 sugar cubes to it, using the weirdest Egyptian slang, not changing your phone’s language from Arabic to English and yes sending your relatives the glittery Eid pictures with sheep on them when it’s the most beautiful time of the year is not considered cheesy.

Wait, what the hell is Balady?

You’d think it means behaving like someone who comes from the country. But it’s not. Behaving like you’re Egyptian and sharing one or two Arabic quotes is super trendy because it shows you’re all about that native life. Being too much of that is Balady, the super-Saiyan form of that if you will. You need the perfect mix of farfur Americanized and bi2a balady to be hip.

Just look at today’s foul shops! Overpriced, modern and located in Zamalek, but at the end of the day, they’re bloody foul shops. You’re just that. And you like being a modern foul shop. And that’s fine.

You’re part of an amalgam modern generation that listens to pop songs with background tabla and re2 sounds, that have incorporated words like “over” and “injection” into its language creating grotesque hybrids like “avuara” and “anjaca”, that uses numbers of an English keyboard to compensate for the English language’s inability to encompass Arabic’s vast linguistic superiority… instead of just using an Arabic keyboard.

You’re part of a generation that has arguably united the best of both worlds. So embrace it and own up to it. Don’t recoil when someone calls you Americanized, and don’t be offended when your parents call you Westernized. If it means that the blessings of reading way more English literature than your ancestors, learning about politics from all over the world and listening to a large variety of musical genres have been bestowed upon you, then it is rather something to be celebrated and thankful for than an incite to prove your “Masry”ness.

It’s not the 1880’s, being Egyptian and speaking English publicly is not a cardinal sin, will not get you shunned and is not high treason between you and your fellow Egyptians. You’re multilingual, culturally competent and you can wear jeans instead of a less fashionable galabeya.

The fear of wearing the Scarlet Letter Americanized is just as irrational as evading the Balady Banner. Just be yourself and if it’s balady, if it’s Americanized, who cares? If it suits you, benefits you, pleases you then you shouldn’t care. Changing that in order to fit some kind of self-imposed social standard should be your real fear. Feeling like you’re forced to prove just how Arab you are like it’s an airport security check in a parallel universe, shouldn’t be a psychological compensation for possessing transnational qualities. You’ve got the passport, if the government believes you’re Egyptian, so do we.

So shut up about just how Masry you are, or die trying to prove it.