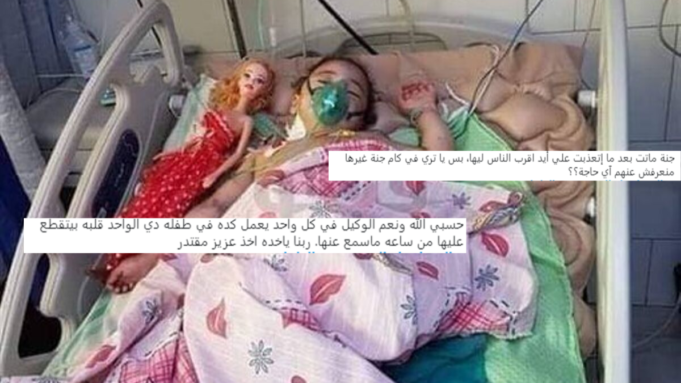 Warning: this article contains mentions of child abuse and rape.

Over the past couple of days, Egypt has been horrified by a case that is sadly all too usual in our daily lives. A Facebook post has drawn much-needed attention as it discussed a child abuse case we now know as Jana’s Case.

Naturally, a case like this spurred the public to have a long-postponed talk.

Soon after the post above went viral, the reactions to this crime made themselves known.

People rightly condemned the child’s family, as well as made several other points.

Others used the opportunity to also add some points that might have been largely missed by everyone else.

One largely discussed point was the way custody laws operate, which insist on the mother being the primary caretaker of her children, sometimes at their expense, as was the case with Jana and her sister.

This Case Is Giving Egypt A Much-Needed Push

As we all can imagine, child abuse hasn’t started recently. It has been around a while, but sadly the conversation always stops in the beginning.

Jana’s Case, however, is making people realize that we need to act before it’s too late. First, however, we need to understand what constitutes as child abuse.

Things like parents hitting their children in public or private spaces are filed under abuse. So are unnecessary pinching, humiliation, and other things you can see are negatively affecting the children.

We also need to recognize that even people who we may personally know can fall into abusive patterns. Teachers, community workers, colleagues…etc.

They may even be people who are otherwise normal but would go to abusive measures to impart “lessons” on their children, like Jana’s grandmother had when she lied and said her motive was to potty-train her granddaughter.

It’s not awkward to warn those people to stop doing these behaviors or strange to take a stand because this all boils down to the well-being of the children present at the end.

If at any point, you suspect a child is being abused anywhere, do not hesitate to call the Child Helpline at 16000.