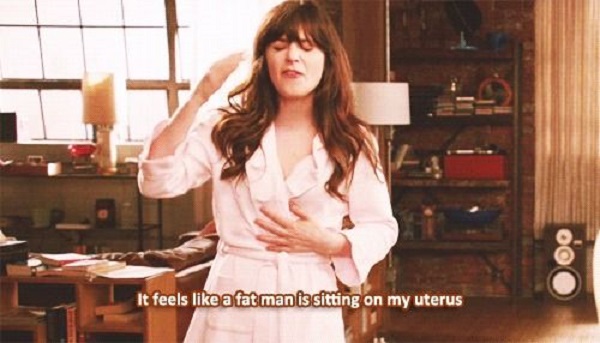 One of the most embarrassing situations women may have to face is having period blood visibly staining their clothes. We’ve all been raised with the notion that the blood coming out of our vaginas is from the devil and that we should never talk about it! If a guy finds out we’re on our period, it’s a “fedyee7a!”

Before I proceeded with writing this article, I asked friends and acquaintances what they thought of the topic. Most women who answered publicly said they are not ashamed about their periods; men said they respect women for having to go through this agony every month. I automatically paid tons of respect for the ones who said that. Thinking about it, I shouldn’t have because that should be the norm!

Now for the ones who answered privately. Some said they were offended by my question; others said they were just raised thinking it’s a taboo. Someone very confidently alleged that it’s “haram” if men realised you’re on your period.

Ironically, the whole “hiding you’re on your period” dilemma is more obvious than ever during Ramadan. Here’s the thing; the only reason we get a free pass for not fasting is because our body is weak. I mean, we have blood coming out of our privates for days; it’s only logical! Women, however, break their fast as soon as they wake up and pretty much never eat or drink again until sunset, not even at home, because their father or brothers might notice!

Now for the worst part, men who are “disgusted” by the subject. Someone actually had the balls to say women are disgusting because they bleed every month. One said it’s unhygienic, as if we don’t shower when we have it. Others said they don’t want to know because they don’t wish to deal with the “pmsing.”

That was when I went to bed and tried hard to stop myself from going to kill all these men! I could safely say that neither me nor any of my girlfriends actually pms. Yes, we sometimes get moody, but it has nothing to do with our periods. It’s probably because we’re in so much pain that men can’t even begin to imagine, the stomach cramps or over all body cramps actually; your body is simply not cooperating with you!

So long story short, don’t be ashamed of your periods. All biological females have their periods and there’s nothing wrong with it. In fact, it’s the reason why you even turned from a sperm to a human being! Don’t pretend that you’re fasting, or run off to the mosque pretending to pray! Embrace your femininity, with all its aspects.