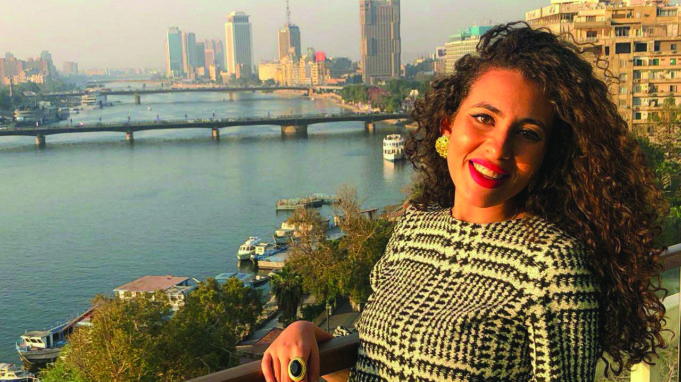 If there’s one thing we’re pretty certain of, it’s this; young women are moving mountains all over the world now. Young Egyptian women in particular, are challenging so many stereotypes and are standing tall in the face of anyone who doubts them.

Menna Adli El-Keiy is definitely one of those young Egyptian women. And her undeniable talent is just not recognized enough.

So in celebration of International Women’s Day, we decided to remind you of Menna and the all wonderful things she does!

Menna Adli El-Keiy is a 29 year old Egyptian freelance writer and lyricist who graduated from the American University in Cairo (AUC) with a Bachelor’s Degree in Mass Communication.

She’s also the daughter of Adli El-Keiy, one of El-Ahly El-Masry’s legends, who’s currently also the contracting committee advisor responsible for some of the biggest transfer deals in the club’s history.

Menna is a talented lyricist who worked on a large number of significant ad campaigns and advertisements that hit millions and millions of views on different platforms. We’re pretty sure you know at least 10 songs she’s written.

The 29 year old’s song lyrics often turn from being part of TV and internet ads to actual hits people end up singing at the top of their lungs in cars and parties.

Her works include writing the song lyrics for:

So she pretty much worked on all your favorite ad campaigns over the last few years.

All of those accomplishments and we’re not even near done. Menna has also written the lyrics for the opening song of Chico and Hesham Maged’s Ramadan 2019 TV series “El-Le3ba”. And was the mastermind behind the U-23 AFCON opening ceremony song feat. Sharmoofers and Nesma Mahgoub.

It’s worth mentioning that Menna, the multi talented monster, is also a content developer and TV show programmer. She worked on the “Bibo” show that aired in 2017 on DMC about El-Ahly’s legend, Mahmoud El-Khatib.