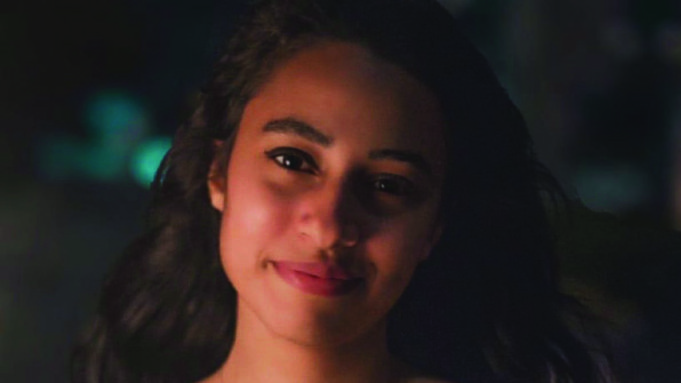 With every Cairo International Book Fair, we witness the rise of new talented Egyptian writers; a lot of which are young female writers who continue to take the fair by storm one year after another. One young woman, in specific, has now released four very successful novels and she’s only 24 years old!

Her name is Sandra Serag and her popularity is quite remarkable because the words she writes and the worlds she creates in her novels led a large number of readers to always tune in whenever she tweets something, let alone release a new book.

Serag studies Psychology at Alexandria University and her passion for writing took her from writing online opinionated pieces on different social media platforms to having four best sellers.

In 2017, Serag got her first ever novella “Sa’ar7al” published by Dawen. The story revolves around a young girl who’s trying her best to escape a very toxic relationship but ends up more tied down than ever before.

After the big success of her first novella, exactly a year later, Serag released one of the most popular Arabic novels in the past couple of years titled “Ma La Nabouh Beh” (2018). It tells the tale of a young woman who embarks on a journey of self-discovery after leaving a toxic relationship and realizes that she needs to choose and love herself first before she can let anyone else do so.

This story stuck with many and even though it was published in 2018, people still look for it, buy it and read it to this day. Last October, it reached the 23rd edition. While “Ila Ma La Nehaya” (2019), her third novel, reached its 18th edition in the same month.

“Ila Ma La Nehaya” is a mythical novel about an intense love story where reality is mixed with imagination. It also employs history and legend. And because it was such a different genre for readers these days, it got some great feedback right away on all social media platforms.

That clearly shows how much young readers are captivated by Serag’s words and can hardly get enough that they go out every chance they get to lay their hands on her newest releases.

The 24-year-old published her fourth and most recent book titled “Ma Rawah El-Bahr” (2020) last January, in time for the 56th edition of the Cairo International Book Fair. And needless to say, the book matched all expectations; the amount of people who showed up for the signing was only testament to its huge success

The book’s plot takes us through a rollercoaster of emotions and an intense and dramatic love story told by none other than the sea itself.

Setting an example at 24, Sandra Serag is an inspiration who always presents us with something different, unique, artsy and full of love.