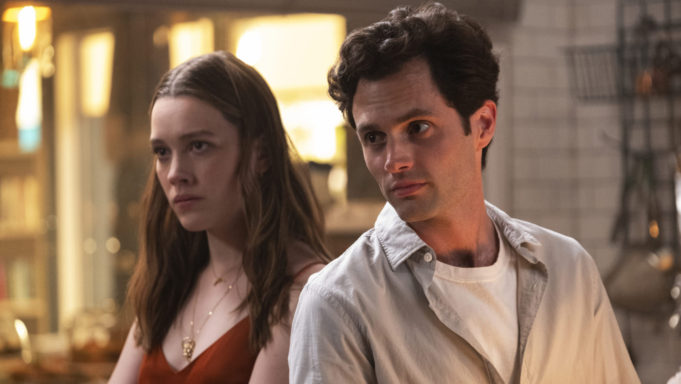 This weekend, especially on the 27th of December, we were all binge-set and prepared for “You” season 2!

For months, we couldn’t wait to know what will happen to “Joe” and his sociopathic tendencies and we finally have our answer.

So you probably felt the hype and came across some of the “OMG, season 2 is so much better” comments and posts, and we will tell you why that’s actually true!

Season 2 opens up with Joe picking up where he left off in season 1. We see him moving to a new city, all ready to turn the page and start clean. We have our doubts, right from the start, but we want to believe he can be good.

He’s finally leaving all his toxic and sociopathic luggage behind him when he falls for a nice girl, right? Wrong.

Apparently, some things never change. Once he meets his new target “Love”, he is back to his old stalking and violent ways. But to be honest, the challenge this new girl has to offer is hard to say no to! For someone like Joe of course.

However, by the finale, we know that “Love” is nothing but the female version of Joe. So, in a way, they make a perfect couple. Since she doesn’t mind his past crimes.

A new season means a whole new bunch of literature references. This time, it was Russian literature for the win.

In the first episode we see Joe reading Crime and Punishment and this sets the whole tone and theme of the season.

It’s all about his past crimes coming back and haunting him, as if it was an indirect message from the writers promising us pay-back time. And they fulfilled that promise!

From “Joe” or “Well” new and improved to “Love” and her twisted twin brother “Forty” and all the way to the new landlord storyline; season 2 is clearly all about more in-depth character portrayal.

To be honest, the pace in season 2 is obviously slower and won’t exactly catch your attention from the first moment. But the way we see it, it’s all for the greater good. It’s like the show and the characters are growing wiser and letting go of the seductive cliches.

Come on, we have spent years watching Benn Padgley be that “Nice-Guy” in Gossip Girl. To witness him become that very alluring villain is basically a dream come true for a lot of us!