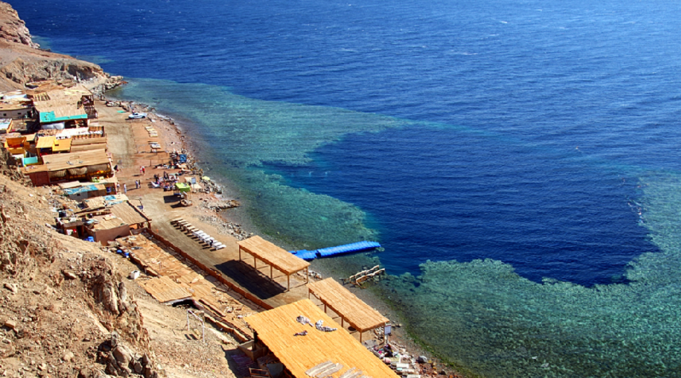 Let’s face it, Dahab has been receiving all the hype lately. Just log into your Instagram account. We bet you anything that there would be a friend or two who just posted a picture of themselves in beautiful Dahab while rocking a sun-kissed body and sandy hair! This has made us quite disappointed because we’re as broke as we could ever be! But worry no more; we hereby present you with a trip to Dahab that will only cost you 1000LE! So read through, because with a little saving you could be on the beach enjoying the sun in no time!

Step One: Transportation From Cairo to Dahab

Remember what they say “What goes up, must come down” which is why the smartest step is to book the transportation to and from Dahab before you leave from Cairo. That way even if you are broke and starving to death, you would know that you will get home eventually and the sun will rise again 😛 Well, we really hope it doesn’t come to that, but, you know, just in case :). Anyway, now, all you have to do is visit Go Bus where the cheapest economic ticket is for 105LE, so the two way ticket will be for an approximate of 210LE.

This step is tricky, so keep your eyes open! Now, our main goal is to score a cheap hotel/hostel while making sure that it’s located close to the activities you plan on doing. Which brings us to the next question:

What kind of Dahab traveler do you plan on being?

A) A meditator in Abou Galoum

B) A hippie in El-Mashaya

Ras Abou Galoum: For those of you who are not familiar with Abou Galoum, it is a place where you could sit, relax and have an amazing time camping by the beach in the morning and staring at the stars by night. Bear in mind though, it is relatively far from El-Mashaya, so you can only prioritise one!

In Abou Galoum, you will be able to get a hut in any of the camps for as cheap as 50LE a night excluding meals. Bear in mind though, the meals start at 50 LE, so we recommend that you buy 4 packets of pasta and a tomato paste can to cook your meals in the camp’s kitchen. Don’t worry; people there are really nice and will allow you to use their kitchen for as little as one cigarette.

This one is really easy. You can either take a van from El-Mashaya to the Blue Hole for 15LE if you’re alone, or rent a car to drive you and your group of friends to the Blue Hole for 30 LE! (Tip: The more people you have with you, the less you will pay!). From the Blue Hole you could either take an 8km (1:15 mins) trek to Abou Galoum, through the beautiful mountains and the sea by your side, or take a 10 mins boat to your camp for 20LE per person.

El-Mashaya: If you plan on opting for El-Mashaya, however, then you could totally stay in hostels for as little as 30 LE per night if you’re fine with using a shared toilet. If you’re not, don’t worry because there are rooms with private toilets that range between 100-150 LE per night.

There is actually a lot that you can do in Dahab, but in this article I plan to focus on only snorkeling and diving.

Snorkeling masks rental varies between EGP 25-40 EGP depending on your bargaining skills.

Diving would cost you between 150 to 220 EGP to dive in a decent place with the equipment included!

Luckily to all of you, the food in Dahab is not expensive. You can eat a liver or sausage sandwich in a hidden gem restaurant called Portsaidy in El-Mashaya for as cheap as 4LE, or have  a good half grilled chicken meal with rice for as cheap as 40LE.

Tip: If you want to save up extra money, buy your food from the market and cook it yourself!

Finally, we hope that you are gearing up to go on a trip to Dahab! And remember, money comes and goes, but a trip to a beautiful place like Dahab will be engraved in your heart forever!