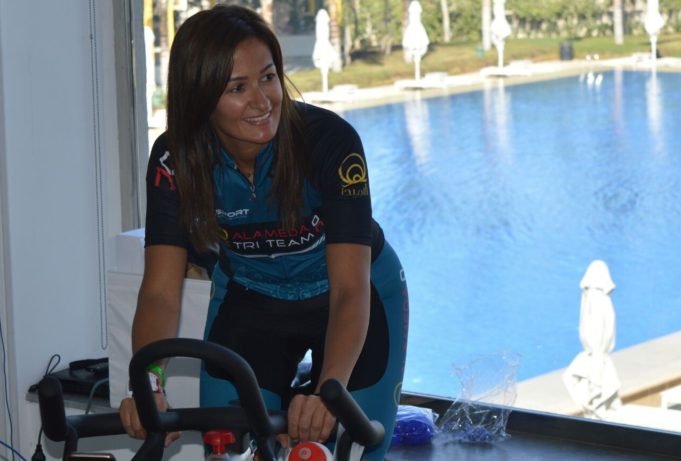 Novels are ways people look for to live in a parallel universe for a certain period of time and feel the joy of every detail that might not be in their own lives; but this inspirational story gives us hope in real life as we listen to it knowing that no matter what happens and how hard it seems, we’re still not alone.

Yousra Kamel Abo El-Naga is a 39 years-old wonderful lady who got hit by a car causing her right hand and leg mobility impairment. She spent a couple of months visiting several doctors who all recommended immediate surgical procedures, but Yousra had lost her father only two months after her accident and consequently had a wrecked financial status. She was forced to give up on her operations and continued living in Cairo to finish her freshman year at her friend’s house in El-Sayeda Zeinab district. 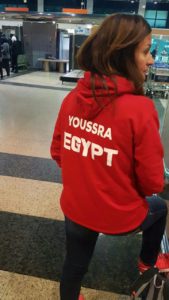 “I only had 10 pounds on me when I first entered that house and had no idea how I will make money, but I never gave up. I asked my professor in college to provide me a job in his office and he agreed. I also started walking daily from my house to college to regain my strength and tried taking Cortisone injections to help me live with the pain” she added. She learned using her left hand so she could write down her lectures instead of photo-copying them.

“As time went by, I felt unbearable pain in my right hand and had to see a doctor, who assigned me an operation the next day morning with a 5% chance of success” Abo El-Naga said. “You could lift up weights with you right hand only if you want to.” This statement by my doctor was like a turning point for me.

I started buying books to learn about muscles movements and how to strengthen them and I did make my fingers move again slowly and went up the stairs again when everyone thought I had no hope to do so,” she explained.

She chose to keep her distance from her colleagues as she didn’t want their pity but that didn’t stop her admirer from proposing to her. Rejecting him at first, he kept on supporting her and they eventually got married and started their journey together. While doctors warned about how risky her first pregnancy could be on her bones, she still chose to keep the baby and start their beautiful family.

She went through different phases of frustration and pain until she decided to become a professional athlete despite her recovery from a primary vein withdrawal operation and a recent clot. She chose not to give up and motivate others and started in a professional running team with a Spanish leader and achieved a very high score, studied sports and got several certificates, continued running professionally alone and never disappointed anyone. “My dream is to be a non-stop person,” she said. 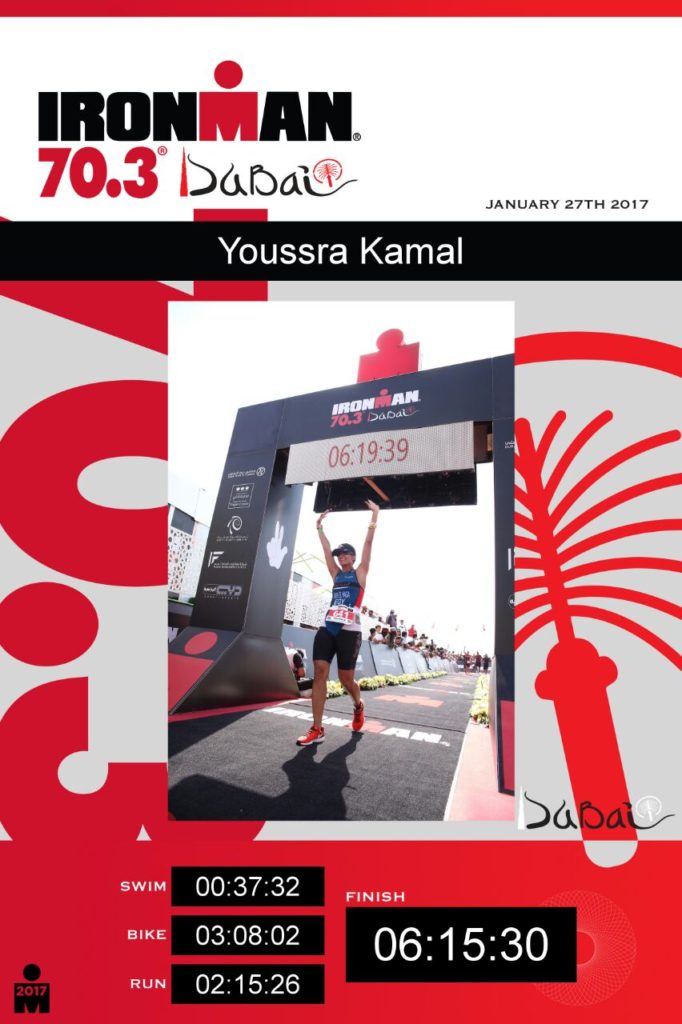 She opened her own running club, became a Pilates trainer and a spinner. She trained athletes between the ages of 20 and 66. “At first, I was ashamed of wearing shorts during training since everyone becomes curious about what happened to my leg and starts looking closely but I wear them now with no shame,” she said.

Currently, she trains athletes before competing, others privately and herself to keep competing in different running competitions worldwide.

Yousra is not only a role model we should look up to in life, but also a successful athlete with international records who didn’t let circumstances get to her and made everyone proud.