Identity Magazine
Home Entertainment Youssef El-Sherif’s “Al-Nehaya”: Why We Struggle with Sci-fi and How to Make...
Facebook
Twitter
Google+ 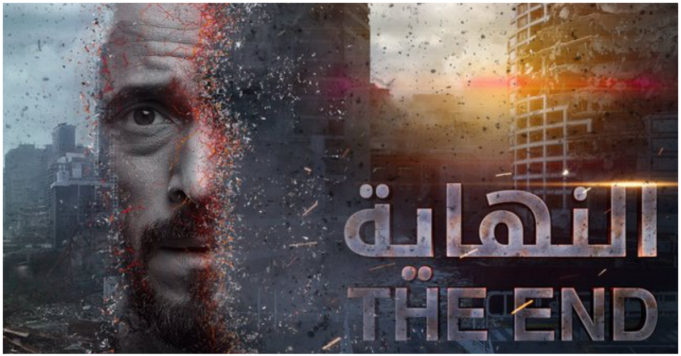 By: Ahmed A. Helmy

“Al-Nehaya” was an ambitious project that got all the eyes and attention since the day the trailer was released. Not only for its Hollywood look and feel, but also because it’s written by Amr Samir Atef and inspired by the show lead, Youssef El Sherif.

The pair delivered some of the brightest ideas and boldest stories to the Egyptian drama in the past few years (El-Sayad 2014, Le3bet Iblis 2015 and Kafr Delhab 2017). This time, they came up with an ambitious and scary project: An Egyptian Arabic sci-fi series about the end of the world.

First, we have to applaud the bold decision to take such a risk, because the Arab audience is not used to seeing this genre of shows in Ramadan, or any other time of the year for the matter.

However, the show runners decided to grab the audience’s attention and deliberately change their perception of Ramadan shows by presenting something entirely new. After all, one of the main goals of the entertainment industry is to change people’s perceptions and break societal molds.

The struggle with creating an Arabic-speaking sci-fi has other dimensions than the ones the writers can control. Throughout Arab history, the element of sci-fi is almost nonexistent while the element of fantasy was always alive and more believable (ex. Arabian nights “Alf Leila we Leila“).

Based on this, the Arabic language did not provide modern writers with enough terminology to realize their stories in an Arabic setting, and the same can be witnessed in many other Eastern cultures where the scientific advancement was exclusively dominated by the Western side of the world.

This obliged writers to use foreign languages to fill the gaps for scientific terms in the Arabic language, the thing which affects the sci-fi genre in our culture. However, the use of English terms to compensate for the inadequacy of the series’ native language can be solved with the approach of “Show, Don’t Tell” when making an Arabic sci-fi.

The writers can avoid the linguistic clichés by not resorting to long dialogues where characters explain certain technological terms leaving the audience confused and eventually uninterested in the whole thing. “Show, Don’t Tell” is a writing approach where the writer can write a dialogue-less and probably characterless scene that shows the whole concept they’re trying to present.

“Al-Nehaya” started as an apocalyptic and post-apocalyptic show, with the visual of ruins and remains, and talk of nuclear wasteland on the world edge. Politically, the show follows an Orwellian approach where police are monitoring everyone and education is forbidden. So far, acceptable. Inside the houses, the show follows a Cyberpunk sub-genre, featuring artificial intelligence and cybernetics.

So now we have post-apocalyptic, Cyberpunk, and dystopian totalitarianism sub-genres which need to be properly introduced. The poor merging of genres makes the show confusing and perplexing for the audience.

The solution is to simply plan out all the technology the show is about to present, give hints to its existence, create backstories, show us the possibility of the world you created, and fill it with interconnected storylines and minor interesting characters arcs instead of the long boring dialogues.

Then comes the budget, which has forever been an issue for creating a sci-fi world, but it’s really not. It’s all about how you plan and study your world, and create the sub-stories that cover the 30 episodes. Simplification is an art; it’s important to present the story in a simple way instead of trying to complicate it in a Nolan-way that neither your budget nor tools will help you achieve.

“Al-Nehaya” delivered some authenticity using local mythology such as the anti-Christ as well as common conspiracy theories and converting the clichés into a dramatic setting. “Al-Nehaya” follows the example of “El Fil El Azraq” in using local history, myth and superstition to build the story. And that makes us overlook the copied visual atmosphere of Mad Max, Equilibrium, and Book of Eli.

This general overview points out the reasons why we struggle to create sci-fi in Arabic drama and presents a simplified guide on how to solve some of the “obstacles” in creating a decent – and not laughable – sci-fi project that respects the audience.

What we need and lack now is imagination in writing and building universes in our minds and on paper before turning them into visuals.

Also, the show did not explain the character’s motives, which made the audience lose interest in who lives and who dies. The characters are shallow and superficial, even though every one of them has a backstory but it doesn’t support their actions and decisions. There’s a thin line between mystery and confusion, and that’s where “Al-Nehaya” lies, between mystery and confusion.

“Al-Nehaya“‘s story leaves us with so many unanswered questions, presenting poor philosophical depth, boring dialogue and shallow characters. But it delivers visual achievement and newness. “Al-Nehaya” is a fresh concept but this doesn’t compensate for the poor script and the weak dramatic presentation.