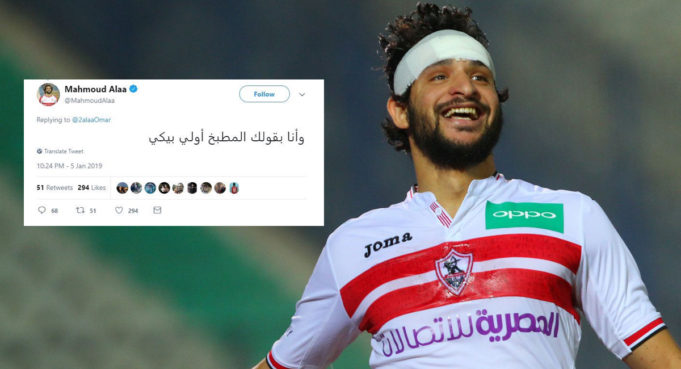 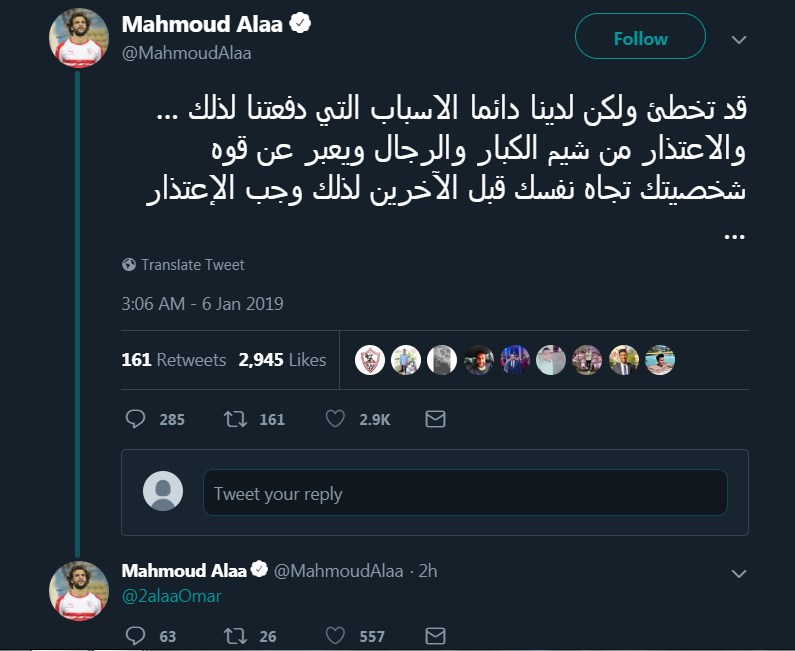 Whether you care much for football as a sport or as a scene, I think we all care to have an establishment that is progressive and considerate to society. Then comes Mahmoud Alaa; a Zamalek player who thought it was cool to respond to a critique by Alaa Omar, former 180 minutes host on OnSport, by saying “you should stick to kitchen duties.”

How about you, Mahmoud, stick to playing football and making sure to think before you tweet and stop being sexist?

Alaa’s critique was professional, on point, and as a guy who doesn’t understand a thing about soccer, I see nothing wrong in her comment. She even praised his performance during the dying seconds of the game. 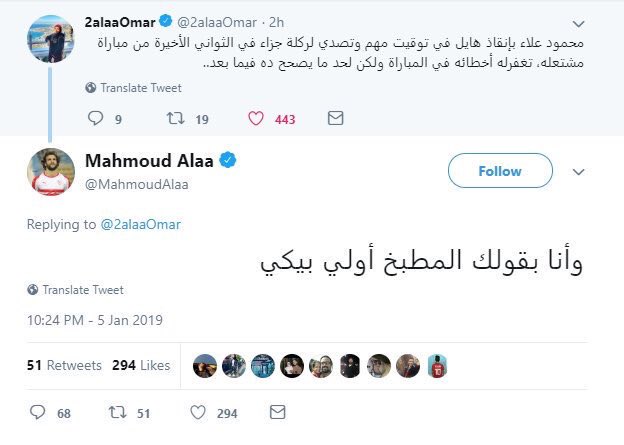 As for El Zamalek’s Mahmoud, on the other hand, he should know that he is setting a really bad example for youth who most probably make up the largest majority of his fan base.

Regardless of his talent or position in the sport- which I am not fit to evaluate or even talk about- there should be amends, there should be consequences for an uncalled- for, sexist comment that even stand-up comedians don’t use anymore: because it’s not funny and quite frankly, is very unoriginal.

Lastly, social media plays a huge role in our lives nowadays. Meaning, that Alaa must have at least come across many chances to see that the world is moving on and is becoming progressive. If he disagrees with someone, you don’t go on throwing a sexist comment for no reason.

You are a public figure; whatever you say counts and makes an impact. And with such power, comes great responsibility.

Maybe a round in the kitchen can teach people the proper merits of criticism, no?

Note: The apology was sent after the article was published and thus we are updating it today, January 6th at 3:28 PM.