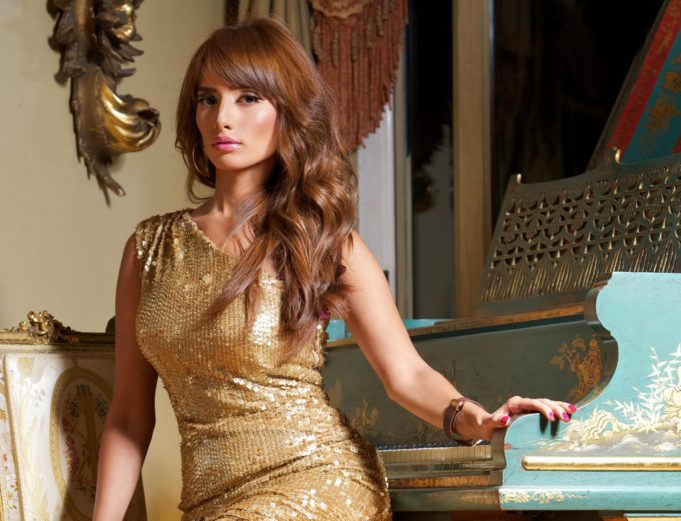 On January 8th, Egyptian Actress Zeina stood trial in the Misdemeanour Court in Dubai, facing the charges of assault directed at her and her sister for attacking an Egyptian/American family in a restaurant at Atlantis hotel in Dubai.

It was June 29th, 2018 when news started spreading about Zeina assaulting an 11-year-old girl and her parents in some restaurant in Dubai.

At the time Zeina released an official statement regarding these accusations saying “I was in a restaurant at Atlantis hotel in Dubai. Out of the blue, some people started taking pictures of me. Although this is considered a breach of privacy crime in the UAE. I asked them nicely to stop photographing me. However, the entire family replied to my friendly treatment with insults, assaulting both me and my sister in an unacceptable way.”

According to all the news reports at the time, Zeina was enraged when she knew that the child was taking photos of her and asked her to stop right away. When the child continued taking photos,  the situation escalated leading to a physical fight between Zeina and her sister and the child’s family.

Each party went to the police and reported the incident, accusing the other party of physical assault. So police reports were made with mutual assault charges against both parties and the case was held for court.

In the trial, Zeina categorically denied all the charges directed at her. She also accused the parents of the 11-year-old whom she is accused of assaulting of lying.

Mahmoud Azab, Zeina’s lawyer demanded that the child be included in the trial. He claimed she took part in assaulting the actress and her sister. He also added a new sexual assault charge to the case claiming that the father of the child grabbed Zeina’s sister’s breasts.

As for the other side of this bizarre case, the American family’s lawyer Awatef Mohamed pointed out during the trial that while reporting the incident, the Public Prosecutor ignored the accusations directed at the actress and her sister of attacking and assaulting the child. This was despite the fact that there’s a medical report to prove Zeina’s assault and none to prove the opposite. Awatef asked to add this fact to the file of the case and to the charges directed at Zeina and her sister.

No one knows how this trial will end; it seems to only be getting more complicated. However, we wish this had been handled in a more civil way to spare both parties and everyone else a whole lot of drama.