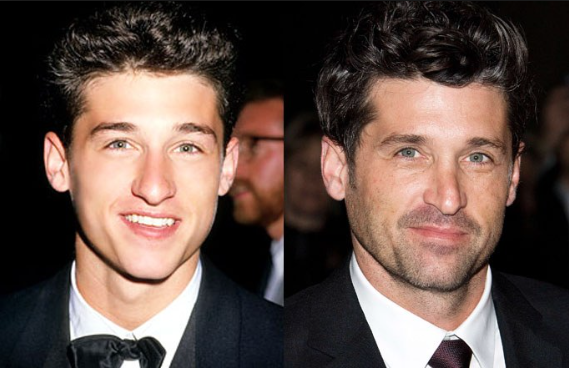 In one of the cheesiest romantic comedy movies of all times, “Valentine’s Day”, Jennifer Garner’s character said one of the most significant lines of all times. “He is not just a guy, he is a man.” Let’s ignore the fact that she was talking about Patrick Dempsey who is drop-dead gorgeous, and pause to reflect on what distinguishes a boy from a man.

Maturity is mistakenly associated with age, but that’s nowhere near the truth. It’s not measured by age; it’s much deeper than that. Maturity is the way you see and understand things. The way you consider things. The way you communicate. They way you react. The things you value. In a nutshell, age has nothing to do with being a mature man, it’s merely a number—actions define who he really is. Everyone grows old, but not everyone grows up.

To all the ladies out there, if you seek a man, you have to stop chasing the boy. So to draw the line in the sand and outline differences between how boys act when dating, and how men act when dating, here are a few distinct contrasts.

1. A boy makes promises he knows he cannot keep. A man has integrity.

A real man knows that there are three things you should never break; promises, trust and someone’s heart. People with good intention make promises, but people with good characters keep them. And that’s what tells the differences between a man and a boy. If you’re dating a boy, it’s only a question of time until he breaks a promise. Eventually, this will shake the trust between you. And broken promises are worse than lies because he gave you hope for something he wasn’t sure he could give you, so you will end up with a broken heart. On the other side, a real man is the person who has integrity. His words aren’t cheap, because they are always backed up with action, with fulfilled promises.

2. A boy bottles up his emotions. A man admits when he needs you.

One of the biggest misconceptions about the characteristics of a real man is that he should have no weaknesses, and could handle everything that comes his way without needing help. If so, you better start looking for this guy in the Marvel world, between the superheroes and the Avengers! We all need each other; that’s what makes us human. A real man knows this as a fact; a boy considers it weakness and hides his emotions from you. A man admits when he needs you and when he needs to talk, even if it makes him uncomfortable, because he believes you two are team players who can’t do without each other. That’s the person you will turn to when you need help; you won’t shy away from leaning on him when needed because you know he will be there.

3. A boy will want you to change for him. A man loves you the way you are.

When you’re involved with someone, you change a bit, but simply because now you’re functioning as two persons not one, that’s the first level of adjusting yourself to a relationship. The second level is changing things about yourself in order to compromise in the relationship. It’s like taking a step further for the person you’re in love with. The motivation to change should come from within you, and not because of some pressure from somebody else. A real man knows that he loves you as you are; he doesn’t want you to change for him, but for you. He will do the same thing for you because he wants to make it work; that’s the kind of change a man will want in a relationship. A boy will simply want to change you to the best version that suits him; he doesn’t get your imperfection.

4. A boy cares too much about looks. A man cares about character.

Physical attraction plays a major role in a relationship, but if it’s all there is to a relationship, then let me break it for you, your relationship is a house of cards that will collapse sooner or later. A real man understands that he is not involved with a Barbie doll. He knows that everyone has good and bad days as far as looks go, and won’t hurt your feelings or love you less if your weight fluctuates or you have a bad hair day or didn’t put on some make-up. He could see through your imperfection and find the woman he loves. A boy will tease you for looking sloppy until you fix yourself back up to his standards.

5. A boy brings out the worst version in you. A man makes you a better version of yourself.

Some people inspire us and some people drain us; that’s what life is all about. It’s a must that your love life be edifying. It should help you be better, and achieve more than what you would on your own. Because love is not selfish. When you truly love somebody, you want to help them be greater; even if that means that they might overshadow you one day. When your partner feels insecure about your success, he is a boy. When he doesn’t inspire you to do better, he is a boy. A real man isn’t afraid to let you outshine him. Because to him, you’re already his biggest trophy in life, you are meant to shine.

You will meet lots of boys in your life, but when you do find a man, a man who completes you, who doesn’t just tell you that he loves you but backs it up with his actions, he is to keep, ladies.