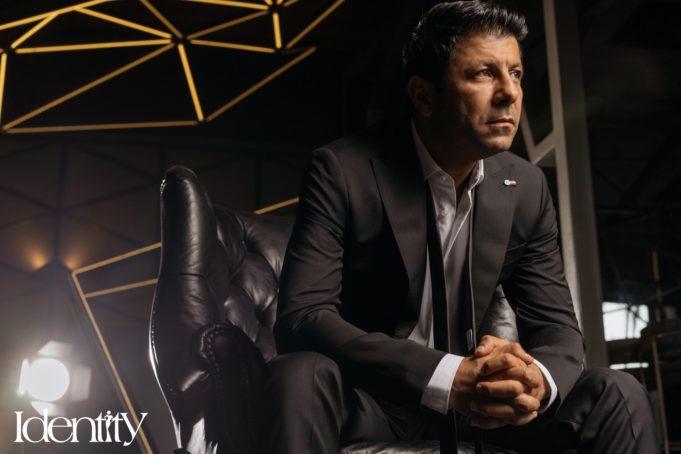 With an extremely diverse portfolio under his belt as well as an ambiguous background, Eyad Nassar has always been a seemingly intimidating man of mystery who is hard to crack. Ironically, he was far from the person most people would imagine him to be. He was a cheerful, happy-go-lucky man, who could easily be one of the nicest people we met.

We got to have coffee with the man himself and talk about his history, know his opinion about the industry and moving to Egypt, method acting, his sanity, and his very exciting coming project! 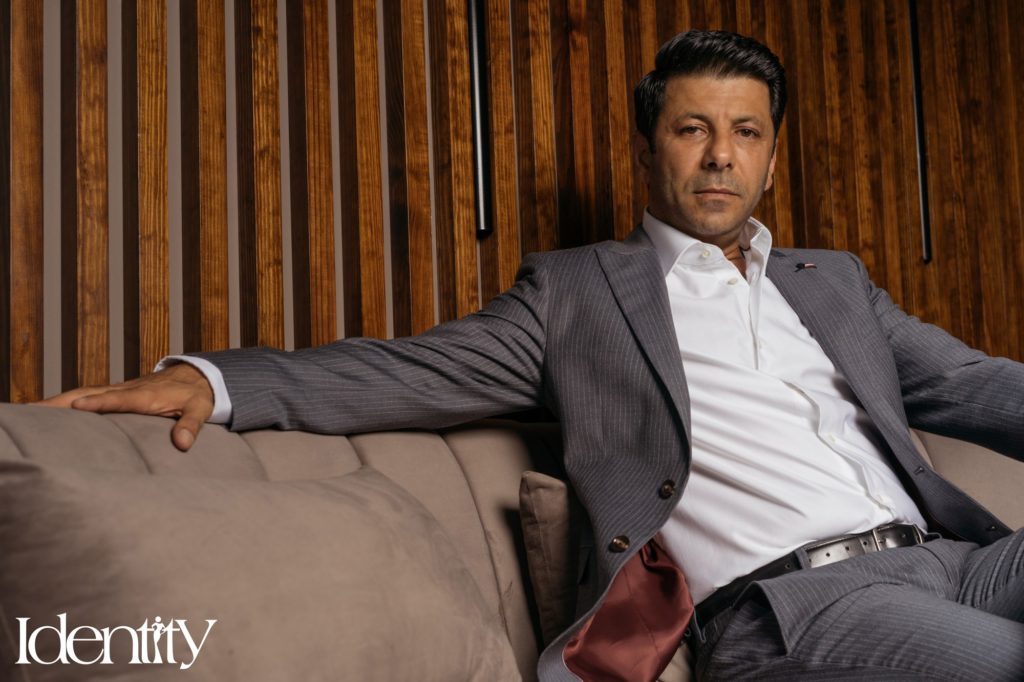 With this being our anniversary issue, we had to be meticulous with who we choose as our cover story. Lucky for us this year, it was a no brainer to pick Eyad Nassar. With five movies released and an upcoming series, 2019 was definitely his year. That is not the only reason we chose Nassar, however. Nassar has a reason to celebrate the 14th anniversary for himself as well.

“14 years ago, I started working on Sons of Al-Rasheed: Alameen And Almamon back in Jordan, the show which I decided to move to Egypt after working on. We started production in 2004, released in 2005, and in 2006 I was in Egypt!”

Nassar gained his peak success in Jordan after this show, yet he chose to leave it all behind and start over in Egypt. We had to ask, why move to a new country when you could have enjoyed your success back in Jordan.

“While there are numerous clichés that could be said about why I wanted to take this step, let us stick with the fact that any Arab actor has a goal to make it to Egypt because that is how you gain mainstream attention. Egyptians will not feel its significance since this is their home and they do not have alternatives, but Arabs do. It is not, however, about making it to Egypt, because this is easy. It is about staying relevant in Egypt. That’s the tricky part!” 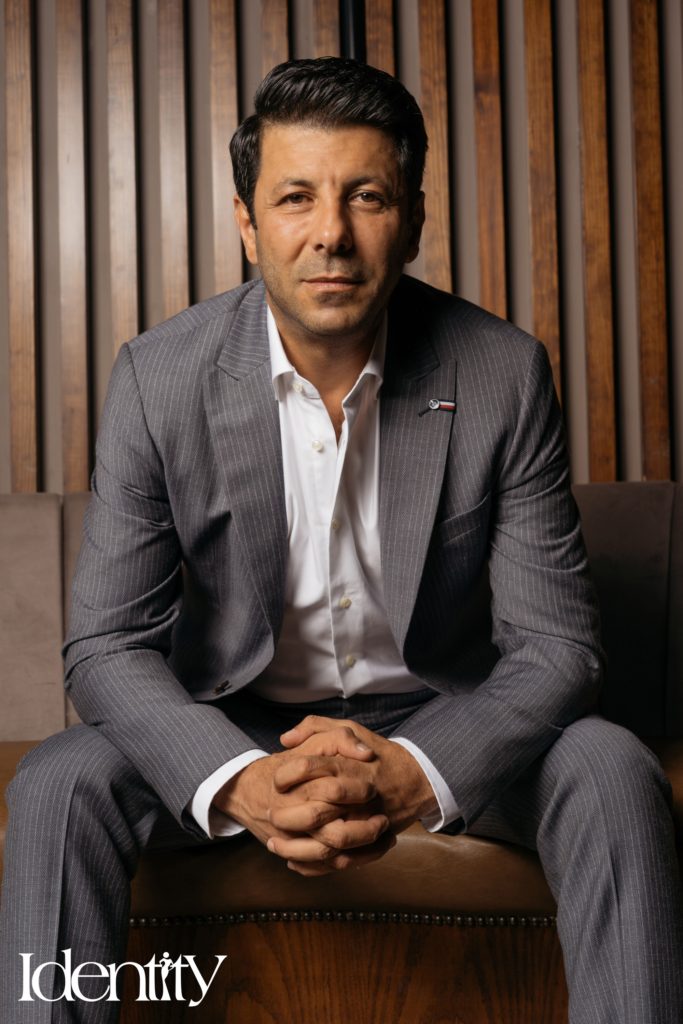 The move at this time for Nassar proved that he is a risk-taker. He could have easily come to Egypt and receive no success, and if he returns to Jordan afterward, he would be irrelevant.

“Many Arab actors when they move to Egypt, they don’t want to compromise their success and want to start here with the same roles they would have back home. In most of these cases, they fail, no matter how big their name is in their country.  I think it is because they did not give themselves the time to learn about the Egyptian character. While Egyptians might seem easy to portray because we are very familiar with them through TV, but the reality of it, you have to live in Egypt to get it. I do not mean just the accent, but I mean the essence and spirit of the Egyptian character. You have to experience it firsthand to be able to portray it and be believable.”

Nassar didn’t get his first role in Egypt until a year after he moved. 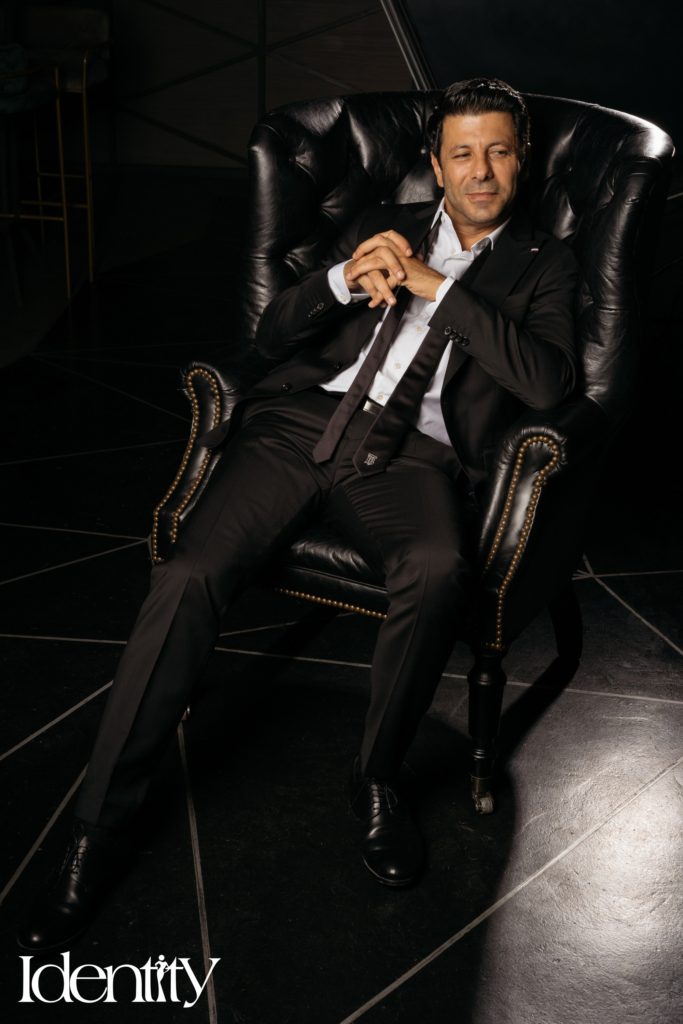 “I was lucky enough to give myself the space to learn everything before taking on my first Egyptian role. In my case, it was great to start from scratch, just like Hend Sabry did. I believe she played it best with her move to Egypt. She left a huge success back in Tunisia and came here to experience Egypt before accepting any role; she is now the most believable actress in the Arab world. Many even forget that she’s not Egyptian.”

Now Eyad finally made it to Egypt, when did he feel like he actually made it? 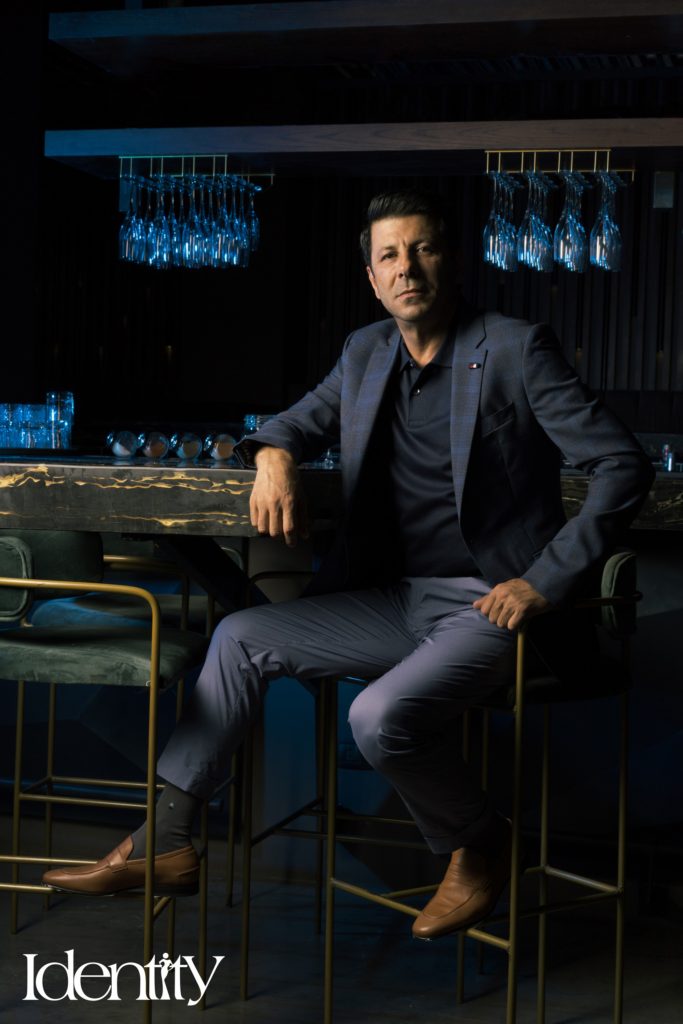 “I believe people started noticing me after Al-Gama’a series in 2010, four years after I moved. I had numerous other milestones throughout my career in Egypt, including Moga Harra, Haza Al Masa’a, and Afrah el Koba. I believe my career in TV made people take notice of me and I developed an audience. I believe, however, that I actually made it only this year with my movies and the choices of characters I made. I think I now finally found my place.”

This movie season Nassar was almost in every successful movie, with a completely different character, and all of them were supporting roles when he could have easily had the main role.

“I had a goal, and I wanted to be the joker of Egyptian movies. I do not want people to know what character they are going to get from me.” 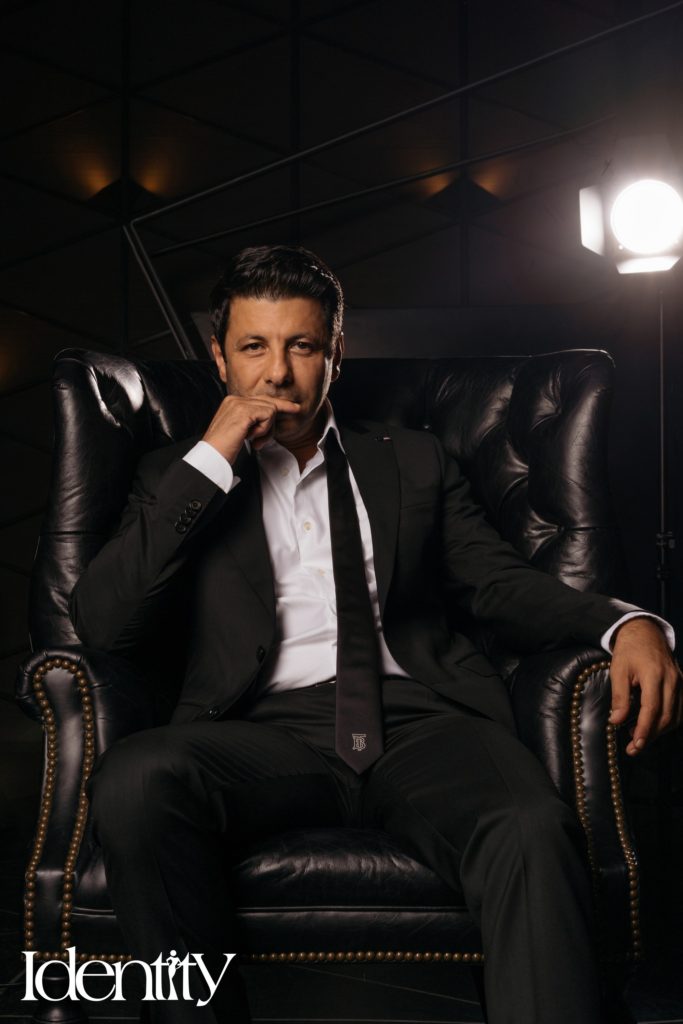 Throughout our conversation, Nassar mentioned that he is a method actor. With all those roles he has been taking on. I had to ask the question everyone wanted to ask method actors, but will not want to ask. How is he not insane yet? Especially given that he plays multiple roles in a short span of time. Luckily, he was not offended by our question and laughed it off by asking “Who told you I’m not insane?”

“It’s not easy to be a method actor, and it’s particularly difficult to have many roles in a short period of time. It is very challenging and demanding, and it does mess with your mental health. It is worse, however, for those around me. It was bad for my friends and family, especially my wife.

When you’re a method actor, you detach from reality. She had to deal with this and to handle the kids alone. She suffered the most this last period. The real challenge, however, is what’s coming next!” 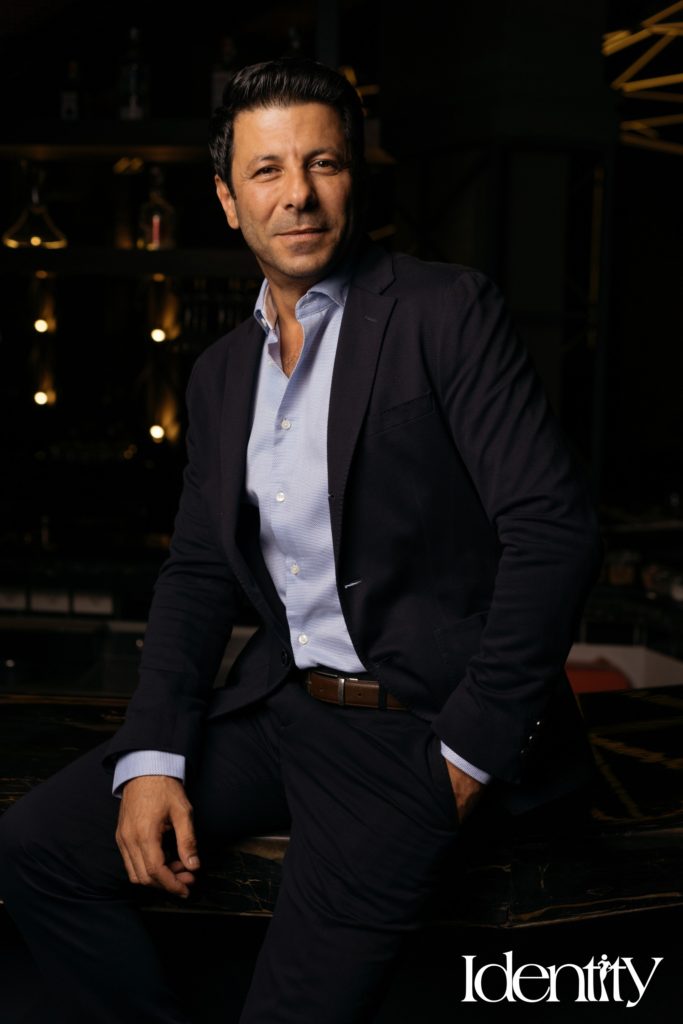 While saying this, Nassar went from being cheerful and bubbly to almost looking stressed. What is happening, and what could even be more stressful than before?

“I’m currently working on a new series called Shanzelize Stories where I will be playing not one, but five characters. With previous roles, I had looks that change, different environments, different cast; I had many things to help me with my character. This time, it’ll be just me. No clutches to help me with the different characters, only my acting. This truly is the ultimate challenge!

With that said, I don’t think I was ever excited over any project more than this one. It is a huge production, the biggest, I think, for an off-season series. I think it could be a game-changer for the TV industry. Our director, Morcos Adel, is also an upcoming talent  and I truly believe he has an amazing future ahead of him.” 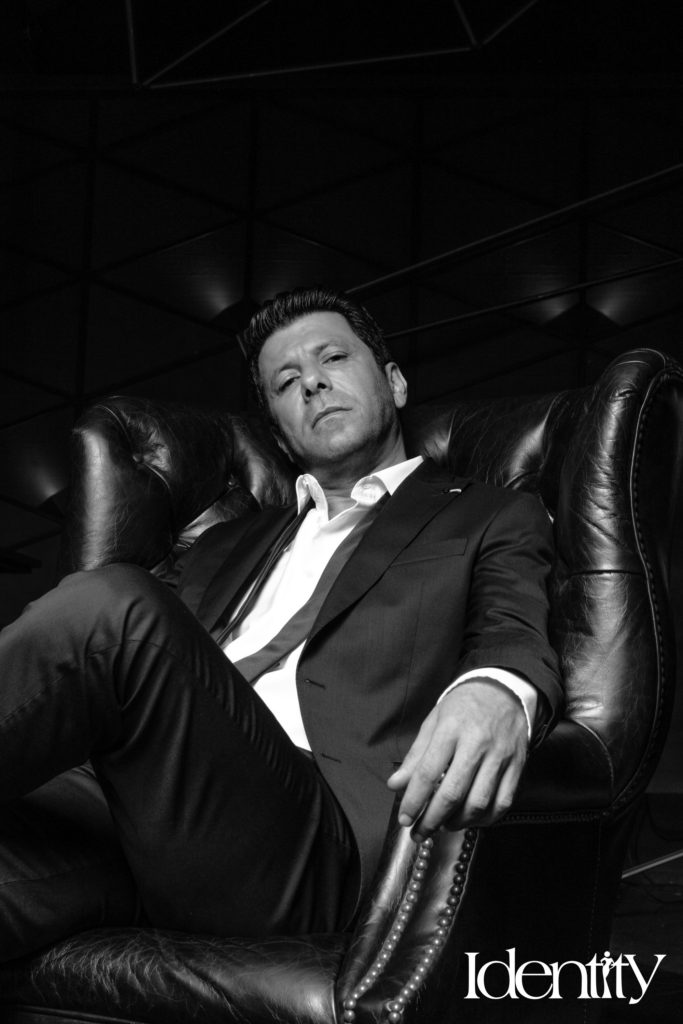 Shanzelize Stories will be set in the 50s, and focusing on the social life in Egypt during that era. According to Nassar, the show can potentially have a second season or even spin-offs.

We were out of coffee, and I had to let him go and get ready for the photo-shoot.  Our conversation did not feel like an interview but felt more like someone talking about his passion.

His humbleness and affirmation that he is not doing this for fame, but to actually change the industry were inspiring, to say the least. He did admit that his career truly only started this year, and we’re sure we will be seeing unbelievable things from him in the near future!