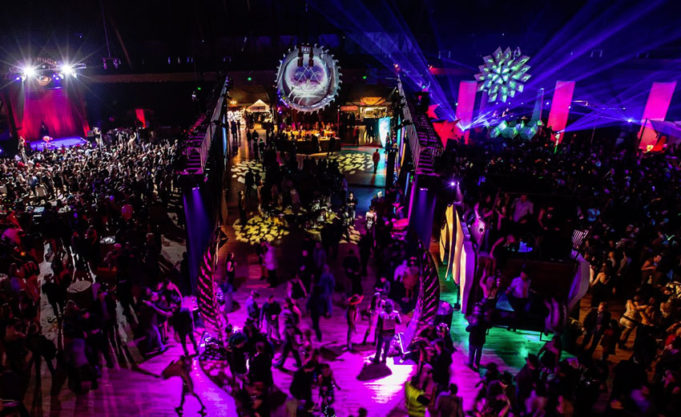 Ladies and gents, prepare yourselves for these New Year’s Eve extravaganzas! This year has been the year of happenings and what better way to bid it farewell and welcome the new one than with a big bang! We’ve compiled a list of the best parties you should make a point to attend this year, because New Year’s Eve is the only time of the year to truly party!!!

I don’t know about you, but I can’t imagine a New Year’s Eve without Abdelbasset Hamouda! I was very pleased to hear that this event would not only include several awesome DJs in the line up, but also the sensational Hamouda and Shahira the belly dancer. I was sold! The event is hosted by Bus Stop and Burgundy. The dress code is black formal and the theme is royal palace, so be sure to dress to the nines!

One of the city’s most reliable and longest running dance parties with Egypt’s No.1 Hip Hop DJ Feedo, who embraces the true spirit of NYE. Followed by Soul M a.k.a the magical who will keep the tunes spinning, and superstar belly dancer Lora along with Djwezo spinning his magnificent House tunes. 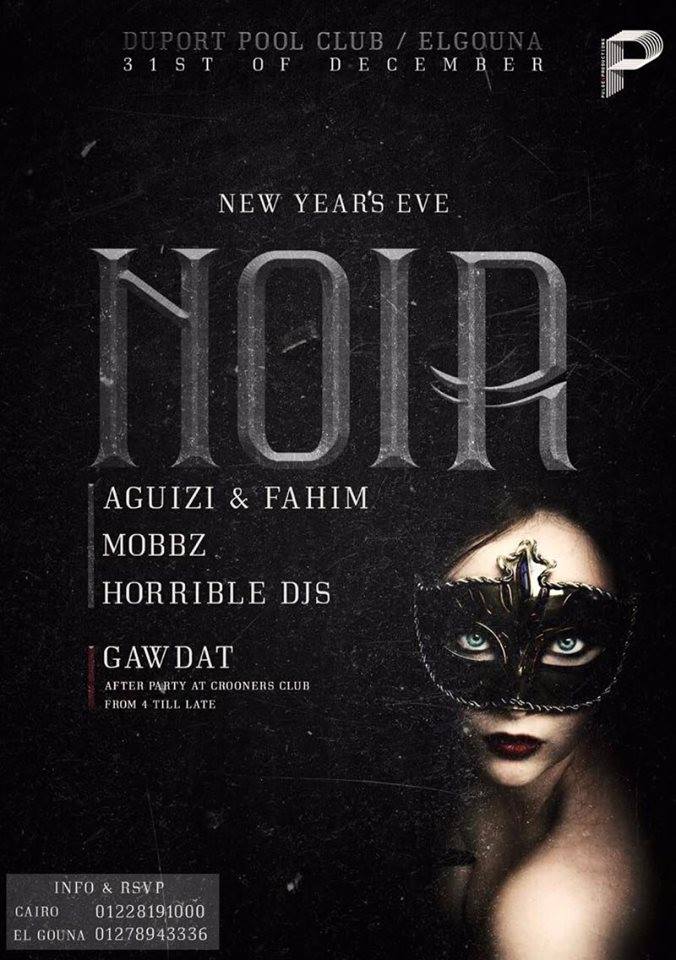 Gouna exemplifies the New Year, you can’t deny that! Luckily for this year, the hottest party in Gouna is happening at Duport Pool Club where our favorite EDM duo Aguizi & Fahim will start off the night, followed by the Hip Hop goodness the DJ Mobbz and the ironically acclaimed duo that we all vaguely know and love who have just recently dropped their new album Meta 5: The Horrible DJs. But the night doesn’t stop there! There’s still an after party at Crooners Club with Gawdat. 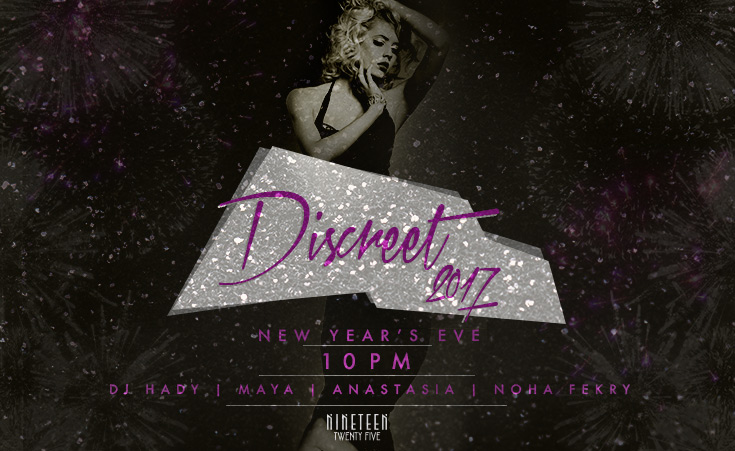 Noha Fekry’s harmonious singing voice and DJ Hady’s pumped up beats are just one of the many things set to await you this New Year’s at Nineteen Twenty Five. The event titled ‘Discreet’ is just that! It’s a pretty elite affair, and everyone wants to get in on it.

It’s a NYE celebration at Tap East which only means one thing, they’re bringing you Egypt’s sickest Hip Hop DJs to rip the decks! Warming you up is their very own resident Dj Teddy, followed by the man himself Kareem A.K.

Party your way into 2017 with a marvelous ‘Masquerade Mystery’ at Graffiti!
Keep your identity secret all throughout the night, while the New Year’s Eve mischief unravels with the belly dancing beauty Oxana, resident DJ Remon, violinist Azmy, drummer Shabaan and percussionist Hammdon. Just as the notorious 2017 countdown closes in, reveal who you really are, but the  party will still be going on to the wee hours of the morning!

With a raffle being offered at this event, there are a lot of prizes to be won! Along with this, there’ll be an array of hors d’oeuvres that’ll curb your hunger pangs. The night will also feature belly dancer Farah Nasry, while DJ Ahmet Kilic spins some deep house tunes you can surely dance to!
Details:
Open Bar
Free Bouchon
1200 LE.
For Reservations:  01006655663 or 01140269692 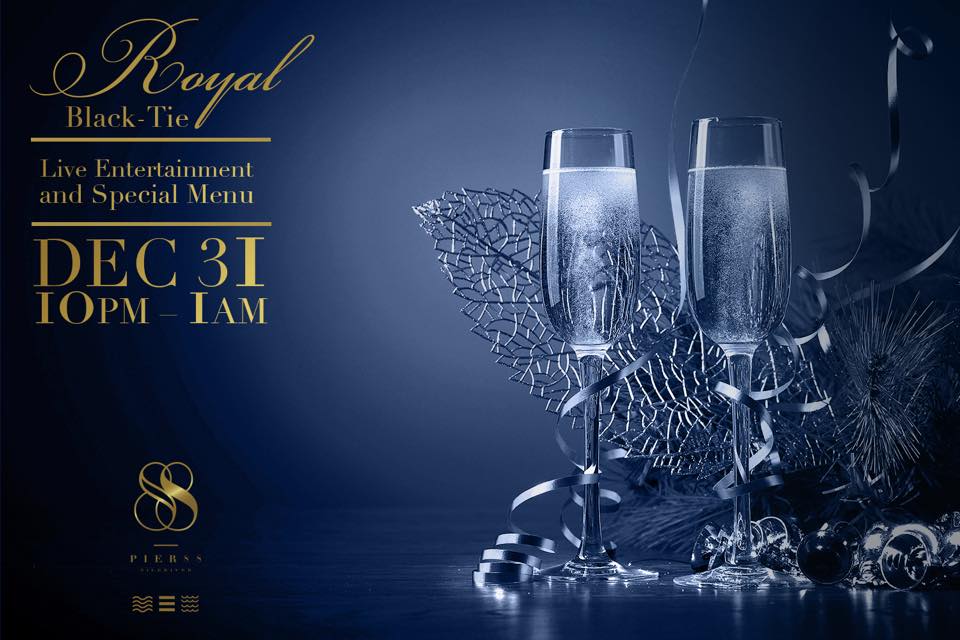 Pier 88 was always known to be classy; be sure to be in black tie formal at this event where there will be live entertainment. DJ Fat Sam will also be playing, just in case you want to get down!

The Tap Maadi is ending 2016 the way it’s supposed to end, with a lot of dancing and funk. Warming us up in this cold cold weather will be Sewwes, kicking off the night with some funk and disco. Then comes the dynamic duo Ramsi Lehner & Sherif Nakhla, giving us a whole lotta Hip Hop, Pop & House music. Closing the party will be the one and only Sebzz doing what he does best, and ending the night with electronic house beats! 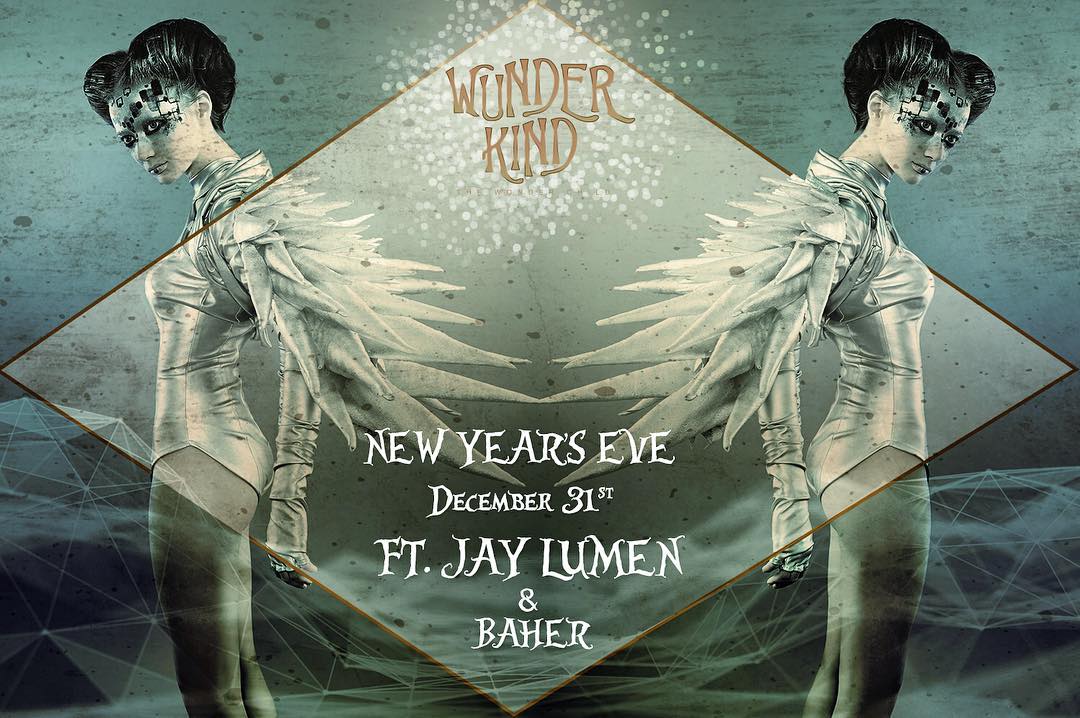 Dive down the rabbit hole with the New Year on the other end. Cross over to 2017 with newly opened club Wunderkind in a maddening limbo, where logic is about as real as the pink giraffe they’re bringing for the occasion, along with DJ Jay Lumen and local star, Baher Eid. 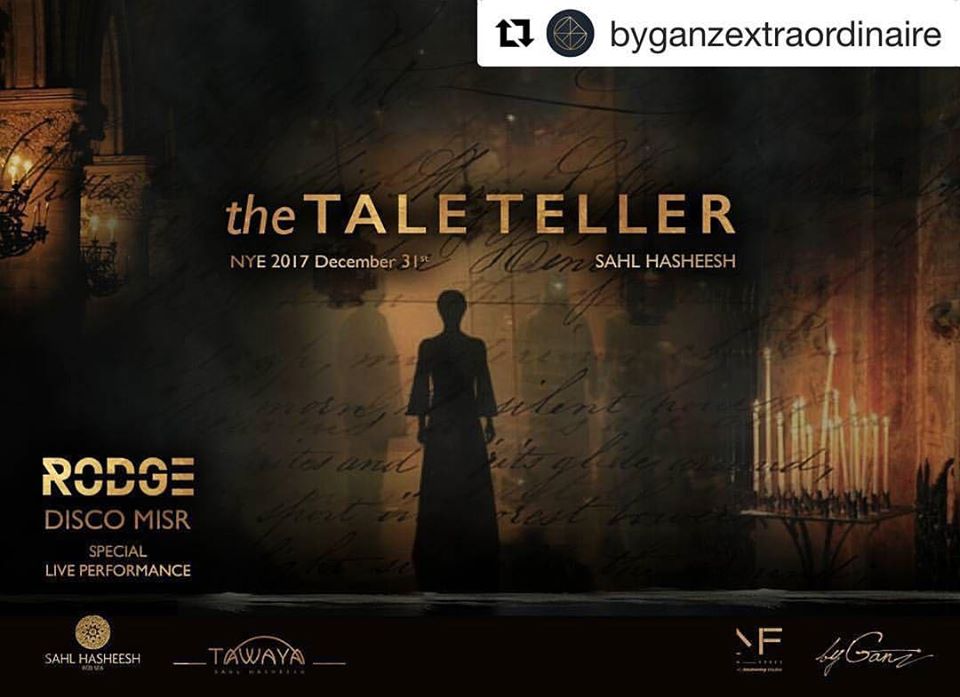 Prepare yourself for a never ending experience, with unforgettable tunes from acclaimed Lebanese DJ Rodge who’s scored opening acts for A-list celebrities: Shakira, Sting, Chris Brown, Ellie Goulding. This will be followed by the unique beats of Discomisr along with live entertainment from Dubai. 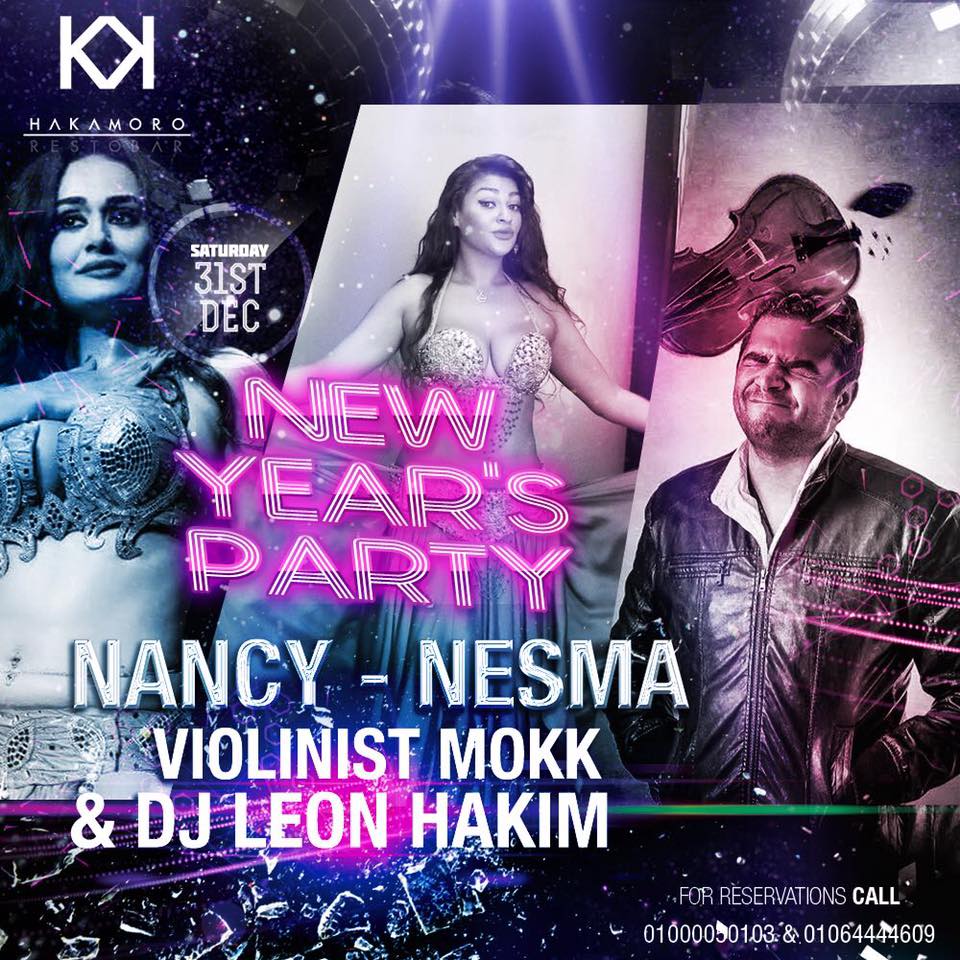 Hakamoro has got an interesting night planned for everyone this New Year’s Eve, with belly dancers Nancy and Nesma for that oriental flair, violinist Mokk as well as the deep house beats of DJ Leon Hakim. What more could you ask for? 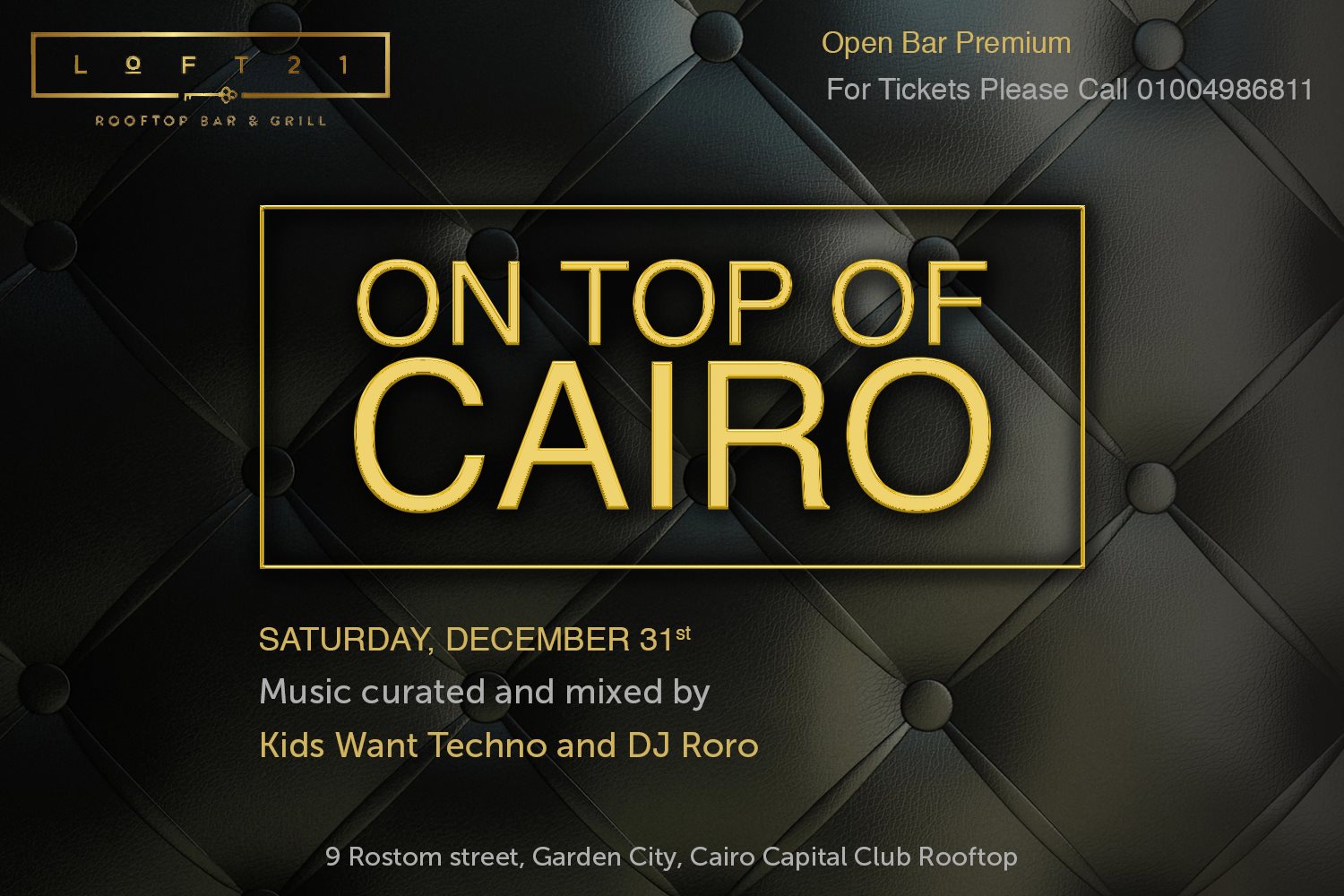 Imagine enjoying New Year’s Eve atop a high rise in Cairo watching the glittering lights as you dance to the groove of DJ Roro and Kids Want Techno. Nothing could be better, right? We thought so!

Ring in the new year with a breathtaking countdown, featuring the dancing music of Joleene Evans, followed by Dj Fuzzy Ahmed Fawzy who will be keeping the pulse of the party raging with his Tech House music from 1:00 am till 2:15 am and ending our night with Tamer Hegazy commercial, Rn’B and oriental music.

This New Year’s CJC is about to get lit with none other than our favorite Hip Hop DJ Ramy the Djunkie, who is set to bring us into this new year with a nostalgic 365 days of beats we can shake our booties to!