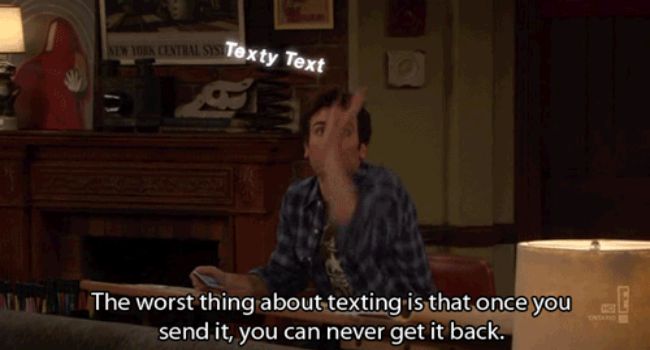 Nowadays, it’s very common to text your crush to get more acquainted. It’s easier, more practical and less time consuming. However, is getting to know someone through text messages the smart thing to do?

Talk can get miscommunicated and misinterpreted in text messages; you never know if the person you’re texting is being cute, aggressive, flirty or whatever. Even if they enriched their texts with emoticons, they’re still just emoticons.

2-People re-think what they want to say

If you’re actually talking to someone, they usually speak what’s on their mind spontaneously. When texting, some people tend to think carefully before they write and can sometimes even get a friend’s help so it’s not always their true self.

3-It’s awkward when you meet

When you text someone regularly without meeting them often, you usually get an idea of this person in your head, build a character for them and subconsciously deal with them as if they’re a different person than the real one. When you finally get together,  it usually feels a bit awkward. You might even feel like “I don’t know you.. who are you?”

Couples who relied more on texting than actual dating to get to know each other usually end up having communication problems. They got used to discussing serious matters through text messages rather than face-to-face confrontation.

5-Overthinking is more than doubled

Like relationships, texting is usually confusing enough so we don’t need to confuse it even more!! Texting someone and getting a late reply might mean a lot of things: they’re busy, not interested or trying to act like they have it all under control (playing hard to get). 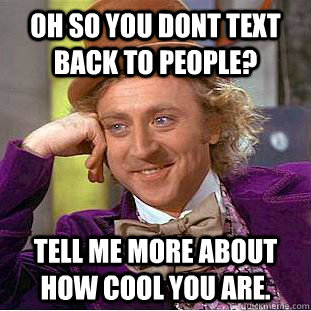 Sometimes, it starts off perfectly fine. You get to break the ice with someone you know, but not quite well. You call each other and get to know them a little bit more; it works well especially if you’re shy or get easily intimidated. However, sometimes you get so deeply involved in texting that you can’t take it to the next level. It gets so boring and you become text-zoned forever.

7-Having no clue if they’re really interested or not

You’re usually –texting or dating-clueless if you’re crush likes you back or not. At least in real life you get some hints from body language, the way they talk, they way they look at you…etc. However, texting makes it even more vague than it already is.

The next time someone attracts you, try to be bold and smart enough to get to know them in real. It’s fine if you want to text for a while but you have to make time for meeting or calling them in person.