Identity Magazine
Home Entertainment We Need To Talk About Game of Thrones and the Battle of...
Facebook
Twitter
Google+ 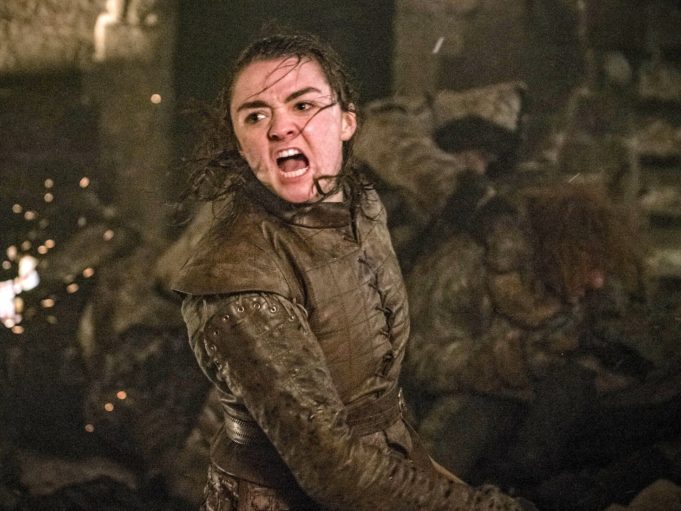 The much-anticipated Battle of Winterfell on Game of Thrones finally happened, and people have mixed feelings. Some were overjoyed with the events and others were disappointed.

Now before we go any further, we need to warn you that…

THERE ARE MAJOR SPOILERS AHEAD!

Twitter was overwhelmed with tweets; Twitter even made a new emoji for Arya. Arya’s emoji is now updated to include her weapon. Use #Arya #AryaStark or #TheNorthRemembers to unveil her emoji.

There was also another emoji for the Weirwood Tree when you use the hashtag #NotToday or #TheLongNight.

As if people weren’t already going to talk, the introduction of the new emojis encouraged people to talk even more.

With more than 7.8 million tweets, The Battle of Winterfell was officially the most tweeted about scripted TV episode, EVER! This made GoT break their own record, with this season’s premiere episode on April 14th in the lead with over 5 million tweets.

But after all the talking, what were the things that had people buzzing?

Let’s start with the characters! The most tweeted about characters were:

While it makes sense that Arya and the Night King would be the most tweeted about characters, the rest were a bit confusing to us.

Who Should’ve been Tweeted about More?

Mainly, the lack of acknowledgment of the deaths of three important characters; Ser Jorah, Melisandre, and Theon.

The three deaths were very poetic, especially since they all died while serving their “purpose“. Ser Jorah protected Daenerys, Melisandre defeated the Night King, and Theon got the redemption he’s been looking for.

It’s also worth acknowledging Alfie Allen’s acting in his final scene. Theon has always been one of my least favorite characters, due to him being overall horrible. However, the character development, along with Alfie’s acting made his death truly heartbreaking.

What should’ve been tweeted about for the wrong reasons?

While we’re almost sure Jon Snow and Bran’s tweets weren’t much of praises, there were other elements to be discussed.

How is he still alive?

Don’t get me wrong, I love me some Grey Worm and I’m glad he didn’t die. But if you’re not going to kill off characters, why are you putting them in death situations?

There is no possible way Grey Worm could’ve survived the impact of the first clash between nightwalkers and the Unsullied soldiers. No way!

Same with Sam. He had tens of nightwalkers on him, yet he’s somehow still alive.

With that said, here are the top GoT tweets!

– Are you ready for Battle of Winterfell?

kim there’s people that are dying in winterfell https://t.co/q9UKt4Tuj9

I would like to thank Melisandre for increasing the lighting in this episode by 100 #GameofThrones #GoT pic.twitter.com/ngIQ5tHaDO

It’s worth noting that this year, there have been more than 52 MILLION tweets about the show.

While the episode might’ve had parts that could’ve been executed better – mostly the scenes with the main characters getting killed but somehow not dying, along with the horrible, horrible battle plan from Jon Snow’s side – we have to acknowledge the efforts put into it!

TV history was made, and documentation of this history will always remain on our digital screens!