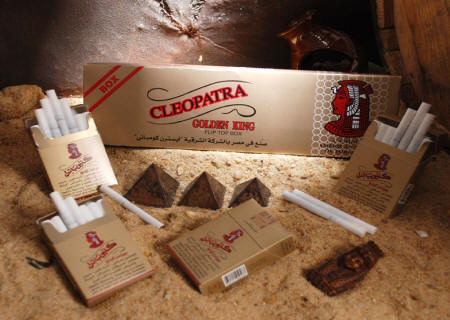 Egypt is a nation of heavy-smokers. According to the World Health Organisation (WHO), 40.5% of men and 0.3% of women smoke. That’s an average of 20.3% of the whole nation, placing Egypt in the top 15 countries worldwide for tobacco related ill-health.

Despite smoking induced illness, smoking is ingrained in the everyday lives of Egyptians. We can smoke in public parks, in indoor offices, in most restaurants, in the car with our children, in the streets – pretty much anywhere to be honest.

So why despite all the evidence has not much been done since the WHO 2017 report?

What the WHO are doing to cut smoking in Egypt

Cairo’s WHO office run a ‘Tobacco Free Initiative’ which seeks to implement tobacco free environments, monitor tobacco use, release studies on tobacco use and increase tobacco taxation. Most importantly, they encourage the Egyptian government to implement a series of policies which will eliminate illicit tobacco trade in Egypt.

So what does this really mean?

Essentially, tobacco use is really bad for our health and costs Egyptians a lot through smoking-related illnesses. As a result, the WHO are trying to cut down the number of smokers in Egypt. To do this, they need to introduce a variety of new laws which seek to reduce smoking.

What’s been done so far:

In 2010 a series of health warning labels were placed on cigarette packets, with the aim of raising awareness about smoking issues. Some of the labels might look familiar to you:

In 2012 the labels were changed slightly, but they still put forward a similar message:

Advertisement and promotion of cigarettes and other kinds of tobacco is banned in newspapers, magazines, stationary/moving pictures, television and radio.

Sweets and toys manufactured in the shape of tobacco products are banned.

There are smoking control personnel who have the same status as law enforcement officers. They document any smoking offences or crimes whilst working (for example smoking within a school) and reports are submitted to police stations.

The Smoking Control Unit of the District Health Affairs Department then follows up and can take action against offences/crimes.

You cannot import, export, produce, market, hold or sell tobacco with more than 20mgs of tar per cigarette.

Cleopatra Cigarettes (Egypt’s most sold brand) have a tobacco tax of 73.5% now.

Tax on cigarettes and tobacco products has not always been this high but has increased so that cigarettes are deliberately less affordable now than they were in 2008 and 2014. 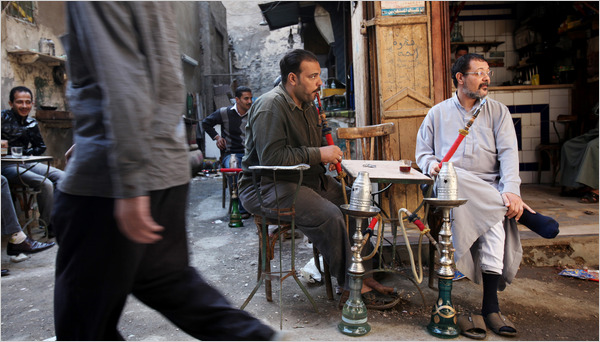 Times are changing here in Egypt. We are becoming more aware of the issues regarding substance abuse, smoking, and drug taking. While some progress has already been made, Egypt feels ready to take new steps to reduce smoking and substance abuse.

After Mohamed Salah’s 2018 ‘Say No to Drugs’ Campaign, for example, Egypt Today reported a 400% increase in the number of phone calls going to the drug addiction rehab helpline listed in his campaign!

While there are lots of campaigns to raise awareness of and reduce drug abuse, not much has been done in Egypt since the WHO 2017 report in regards to smoking.

In the future, we might expect some of the following laws to be passed. These are all laws supported by most anti-smoking organisations which have been deployed elsewhere and may be coming to Egypt soon:

This is a law which is present in lots of European countries. In the UK for example all indoor places are non-smoking areas. This often includes smoking e-cigarettes and vaping too.

In the UK the law is particularly harsh, with all ‘public places’ legally being non-smoking places. This includes festivals, public transport places and anywhere which has a ‘roof’ or shelter over the top. In the UK this law makes smoking pretty sad, as you have to stand in the cold and rain to have a cigarette and smoking often involves leaving the building or area you are in entirely!

#2 A Ban on Smoking with Children in the Car

This law has been introduced in a variety of countries, on the basis that smoking around children still leads them to inhale cigarette smoke. Countries enforcing this law include the UK, France, Canada, South Africa and the United Arab Emirates.

#3 Even Higher Taxes on Cigarettes to Make them Unaffordable

The government could further raise taxes on cigarettes so that they become unaffordable to most, forcing people to quit.

In the UK for example a 20 pack of Marlborough Gold costs £11.39, which is around 240 LE! Although wages are on average higher in the UK, cigarettes are still taxed relative to average income to ensure that they are as unaffordable as possible, encouraging people to quit.

Some TV shows have introduced their own smoking regulations to ensure viewers do not see a big smoking culture. The ITV show ‘Love Island’ which is popular in the UK for example has decided for the first year not to show smoking at all on screen. Contestants on the show are also given a cigarette limit and must smoke outside, alone.

If TV companies or the government introduced this in Egypt then there would be no more casual smoking on our screens!

Australia introduced a ban on beach smoking to reduce impacts on children and other people in the same area as a smoker. This is to limit what is referred to as ‘passive smoking’.

If introduced in Egypt popular holiday spots would be smoke free areas and you would have to leave the beaches of places like Dahab and Hugardah in order to smoke!

Egypt in the future could better regulate who is buying cigarettes, with ID testing and age laws better enforced. In the UK for example organisations such as ‘Serve Legal’ deploy undercover legal auditors. They check that businesses aren’t selling cigarettes, vaping products and e-cigarettes to individuals below the age of 18. The law even states that you must check the ID’s of people who look less than 25 just in case!

Some countries have recently taken the decision to hide cigarettes from customer sight inside shops. This essentially means that to buy cigarettes you have to directly ask the store staff what make and number you want. You are unable to have a look at what they have and then choose because all are hidden behind the counter!

Lots of countries advertise campaigns to stop smoking. Most of them promote ‘substitutes’ like nicotine chewing gum which helps to deal with withdrawal cravings but avoids harmful tar! Some countries even offer free trials for those who want to quit smoking, like the UK where you can gain nicotine products as a medical prescription for a short period of time.

Will It Really Happen?

It’s hard to see how all these laws could really be implemented in Egypt. After all, the government makes a lot of money off cigarette tax which can be invested in other things. Smoking is also ingrained in our everyday life. You only have to go out to see how shisha is integral to Cairo’s nightlife!

Nonetheless, smoking is very bad for our health. Any work that seeks to reduce the number of smokers or reduce their intake is good. Even if we don’t like to admit it!

What do you think? Will the WHO be able to make big changes to our smoking habits in the future?

* Data included in this article has been taken from documents published by the WHO (2017). All are available on their website.