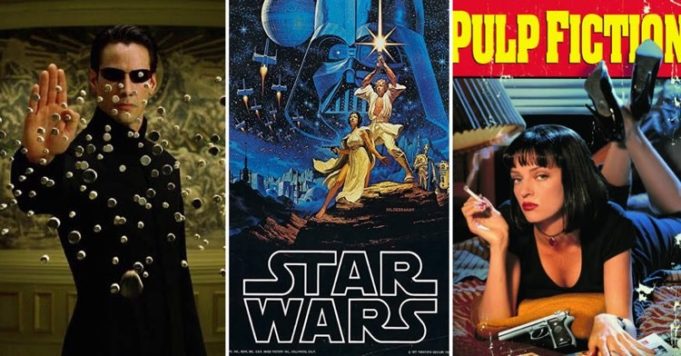 Ever been in the middle of a conversation with someone and they mention a movie and immediately assume you saw it (since it’s a classic) and you just don’t correct them?

Well, you’re not alone because we’ve all been there. Especially with foreign or American movies, there are just way too many films you’re expected to know, right? Here are the most common six!

This movie is so hyped, we honestly don’t know why. We love Keanu Reaves and all but his role as “Neo” is definitely our least favorite to watch. There we said it.

Don’t get us wrong, we love Quentin Tarantino movies. Yet, with Pulp Fiction, there just seems to be so much pressure about watching it and loving it. Otherwise, cinephile people would look down on you.

The Lord of the Rings

We for one have seen The Lord of the Rings trilogy. However, we feel that other die-hard fans have this sense of superiority over those who haven’t. It’s like, chill people, we all know it’s second-best after Harry Potter!

Are you really this shocked the Godfather landed on our list? We understand this is the ultimate American cinema classic but hey, you would all be surprised by the number of people who never saw it!

That’s pretty expected. We mean, how many people have you met that are actually Star Wars fans? You think about that. The last relevant thing that had to do with the movie was the baby Yoda memes.

Another classic we decided to give a go recently is Spielberg’s Schindler’s List. We definitely see now where the hype is coming from. Nonetheless, we got seriously bored halfway, we feel a shorter version would have been more appealing.

We bet you guys have more to add to this list!