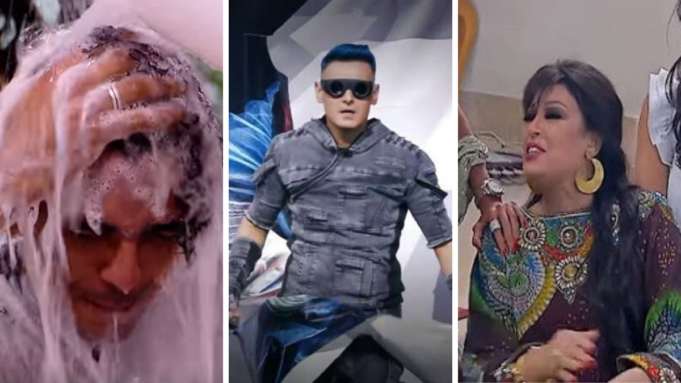 Back in the good old days (and by old, we mean the late 90’s and early 2000’s), life was different. Internet was rare, flip-phones were a thing, and prank shows were generally a goodnatured new discovery.

Now, of course, everything has changed, especially when it comes to that one last thing. Prank shows now have a semi-established legacy that is anything but good, really. In fact, we think prank shows are one or two steps away from being extinct.

If you’re not convinced, maybe an overlook at this year’s prank shows will give you all the answers you need to that one question — are prank shows finally done for?

Where do we begin with this one? In her “prank” show, Fifi Abdo hosts a guest every episode in her home and proceeds to put them in situations that border on demonic possession even though we can all see them literally acting. Yeah, we know.

But here’s the thing, could she have done that without including a dark-skinned maid character who the guests are supposed to be scared of? Sure, the show puts that fear in context of “being scary”, but honestly, we all know the reason why the maid is dark-skinned.

A prank show headlined by Intissar and Badreya Tolba (yes really), El-Prova has the two co-hosts interview a slew of actors hoping to break into the acting world before proceeding to put them in blindly uncomfortable interactions with the show’s hired actors.

The show is borderline insensitive on the off-chance that it is actually real and they’re bringing real aspiring actors in to make a mockery of them. If it is not real, the show still sucks because, guess what? The plot is uninspired and there’s a disturbing amount of stereotypes.

It’s not like we need to say it. Every Ramadan, Ramez Galal comes up with something more intense than he’s done the year before, despite public worry that his content promotes violence and his “commentary” is nothing but misogyny and other judgments.

No one is happy, several call for pulling him off the air, and yet nothing happens and life goes on.

In an odd turn of events, Mohammed Tharwat’s take on prank shows is actually more nostalgic in spirit. Ma7adesh Fahem 7aga kind of follows the Zakeya Zakaria format wherein someone wears a disguise, asks people for something impossible or nonsensical to do, and then calls it a day.

Sadly, though, we just don’t think this format is really it anymore. There’s just something missing.

From what you’ve seen in this article, we think you’ve reached the same conclusion we did. Prank shows just don’t have the spark they had before.

Sure, once upon a time they were something to behold but now they’re either sadistic or archaic — no in-between. We’ve grown too accustomed to the bigger and bolder (thank you, Ramez Galal) that we just can’t accept or even laugh at the old format anymore, not even if it was hilarious a few years ago.

But because we’re not supposed to condone sheer violence either, well, that just leaves us with no prank shows at all — but, hey, every good thing lasts its course.

It was a good run with a few fun memories. Let’s keep it that way. It’s over, prank shows.