Identity Magazine
Home Entertainment El-Mamar: The First Egyptian War Movie in Years, But Is It Worth...
Facebook
Twitter
Google+ 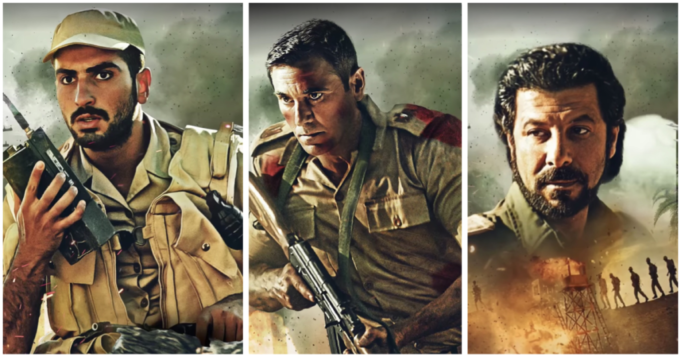 There’s no doubt that “El-Mamar” is basically one of – if not THE – most anticipated movies of 2019. The film stars some of the biggest names in the industry. From Ahmed Ezz and Sherif Mounir to Eyad Nassar, Ahmed Rizk and many more; the movie is packed.

We had the chance to be among the first audience to see it during its premiere. With the stars of the movie, as well as the fans and media all over the place; we were hyped getting into the movie.

We felt excited, and dare we say proud, to be some of the first people to watch an Egyptian war movie after almost 30 years of this genre dying. And after being stuck for so long watching the same ones every single October 6th or even Sinai Liberation day, we finally have something that could live up to the good old days of “The Road to Illat”, “The Bullet is still in my Pocket“ and more. 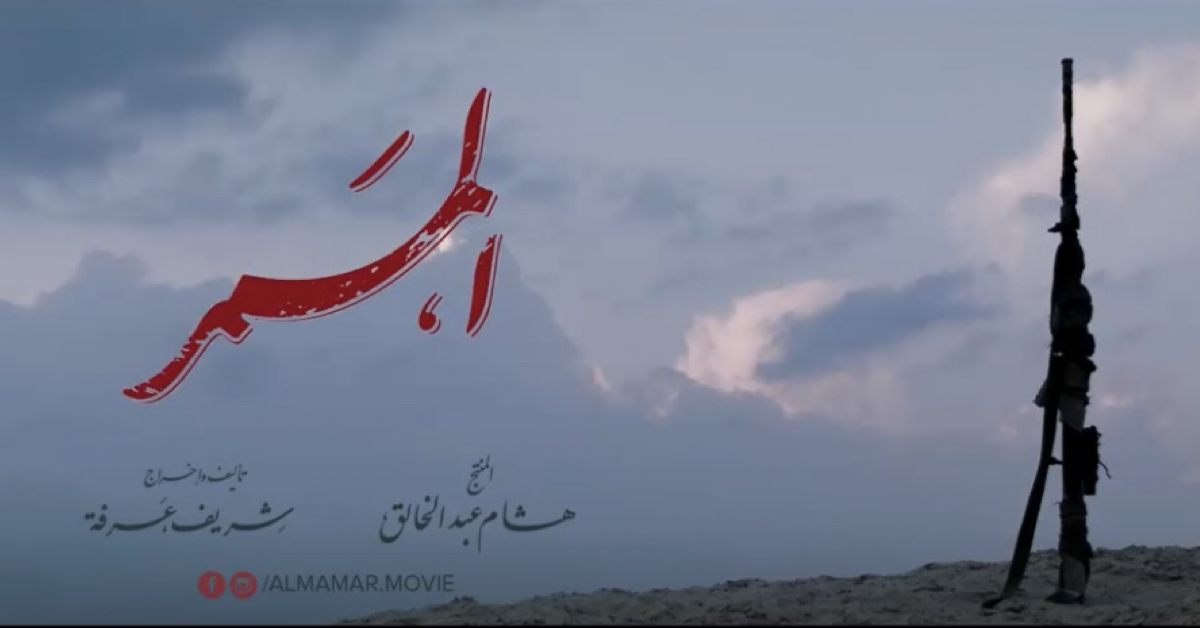 It also didn’t help us to have lower expectations since we interviewed Eyad Nassar on the same day, and his excitement was contagious.

So writing this review, we went in with high expectations. We wanted something truly amazing. Did we get disappointed, or was the movie actually great? We’ll tell you, but let us start with an overview first.

Directed by Sherif Arafa, written by Amir Teama and produced by El-Massa Art Production and Hesham Abdel-Khaled; “El-Mamar” is not your typical war movie.

Yes, it has many war scenes, and it’s definitely action-packed. However, it’s more about the human side of the trauma. As the film portrays the events of the post 67 War, perfectly.

The events of the movie are based on the true story of a group of army men called “Group 39 Fighting” led by the Egyptian army’s legend, General Ibrahim El-Refaai. 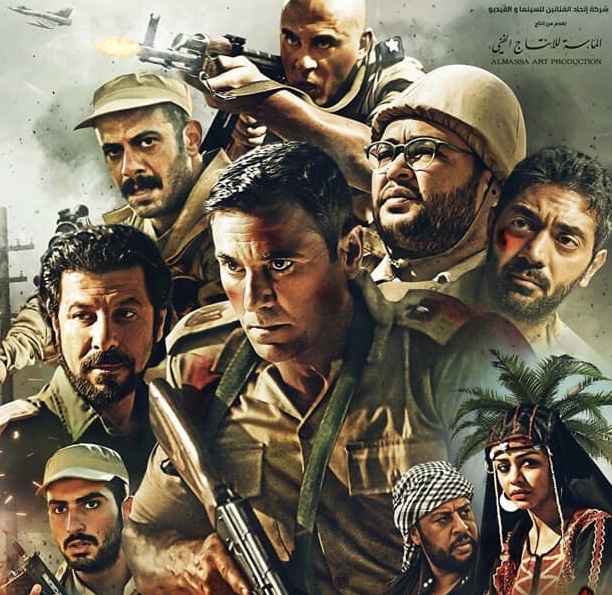 “Group 39 Fighting” was the first team from the army to perform suicidal missions aimed at the Israeli Army after the 1967 defeat. Those missions began in the year 1969 up until the October 73 War. And that period is known as “The War of Attrition“.

At the beginning of the movie, you see the defeat portrayed in front of you on screen. And how it impacted not just the Egyptian army and its individual members, but the Egyptian people as well. Whose immediate reaction to the defeat was blaming the army and making a joke out of how they withdrew from Sinai.

The movie is an emotional roller coaster; the grief and disappointment are strongly sensed in every scene, from the very first minute.

The way people were trying to make a joke out of what was happening in order to remain calm and avoid breaking down, was spot on. Especially that this is usually how we, Egyptians, are; even until now. The mixture of frustration and hope was perfectly portrayed too.

To say that the cast of the movie was wisely and outstandingly chosen is an understatement!

Although they all basically portrayed the broken-hearted men of the army who were trying so hard to fight depression and frustration in order to go on, reclaim their land and avenge their colleagues, still each one added his own touch to his character.

You have Ahmed Ezz, Ahmed Falawkas and Ahmed Salah Hosny who brought back the real meaning of being real leaders on screen. Especially that Ezz was portraying General Refaai, himself. 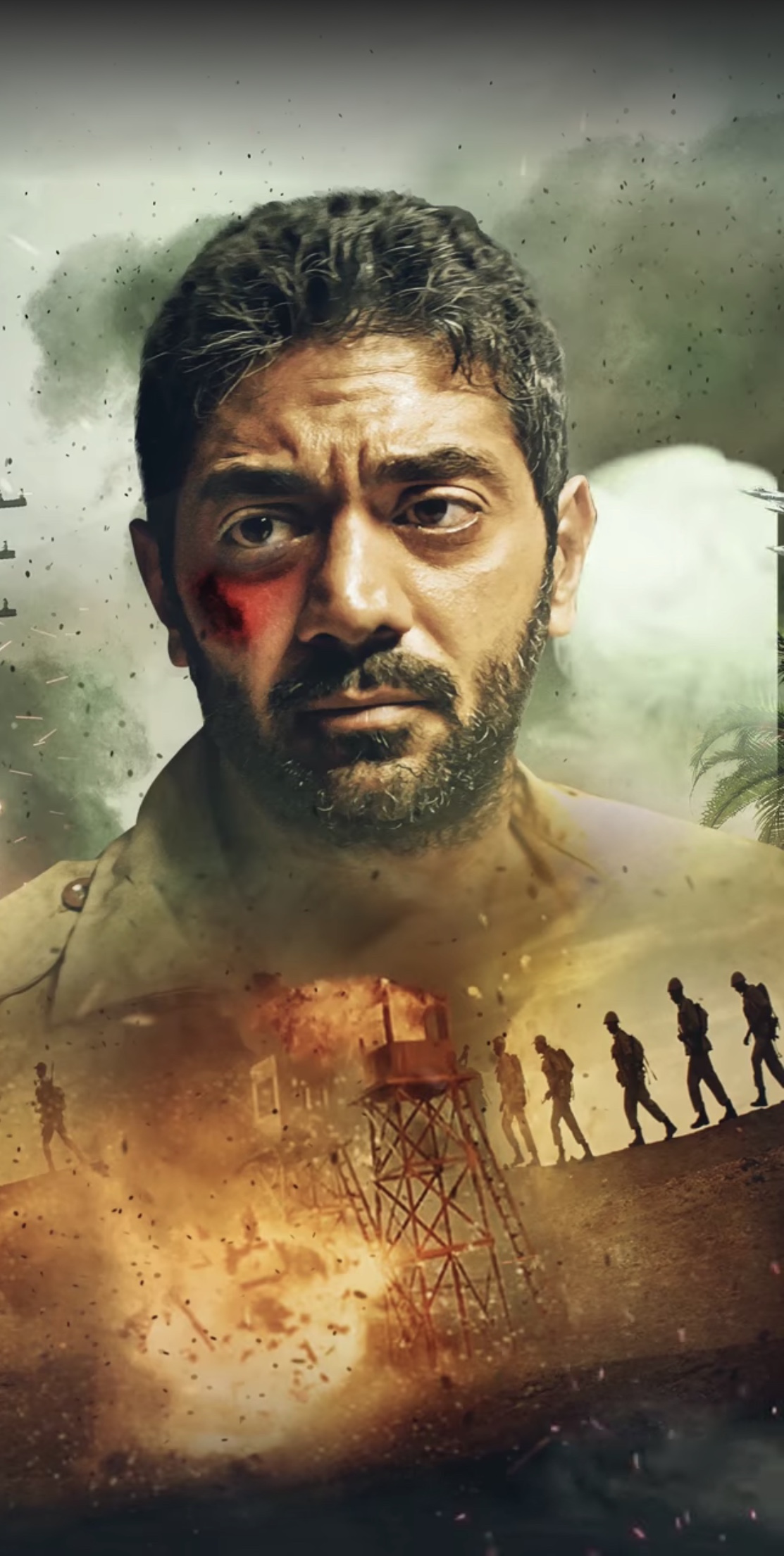 Ahmed Rizk, for example, played the role of the silent hero who’s yet to discover his true essence and potential. Who had always thought he’s useless, up until the right moment came. 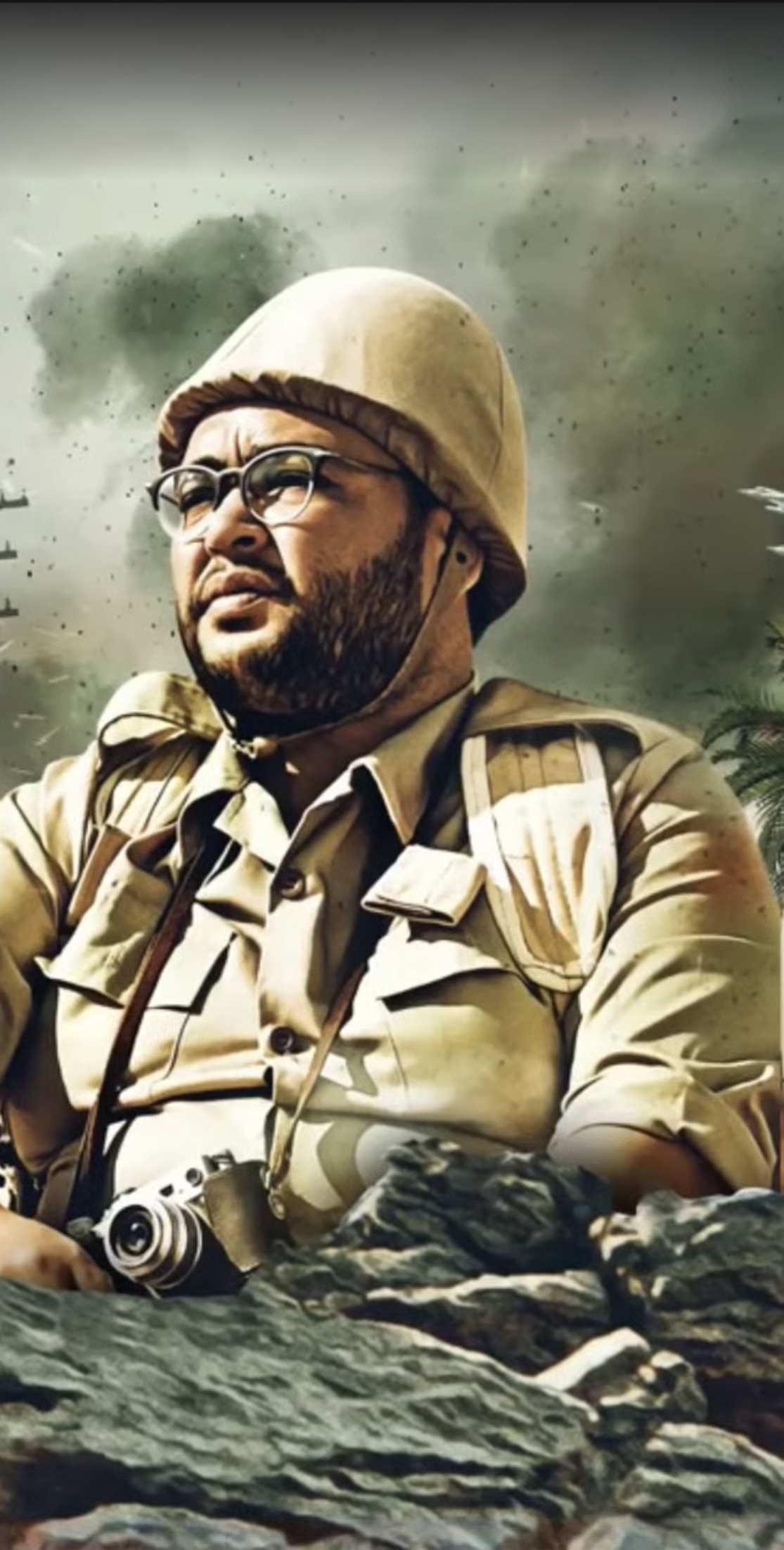 Mohamed El-Sharnouby made us really sense how the torn young men of the army felt like during such setback. 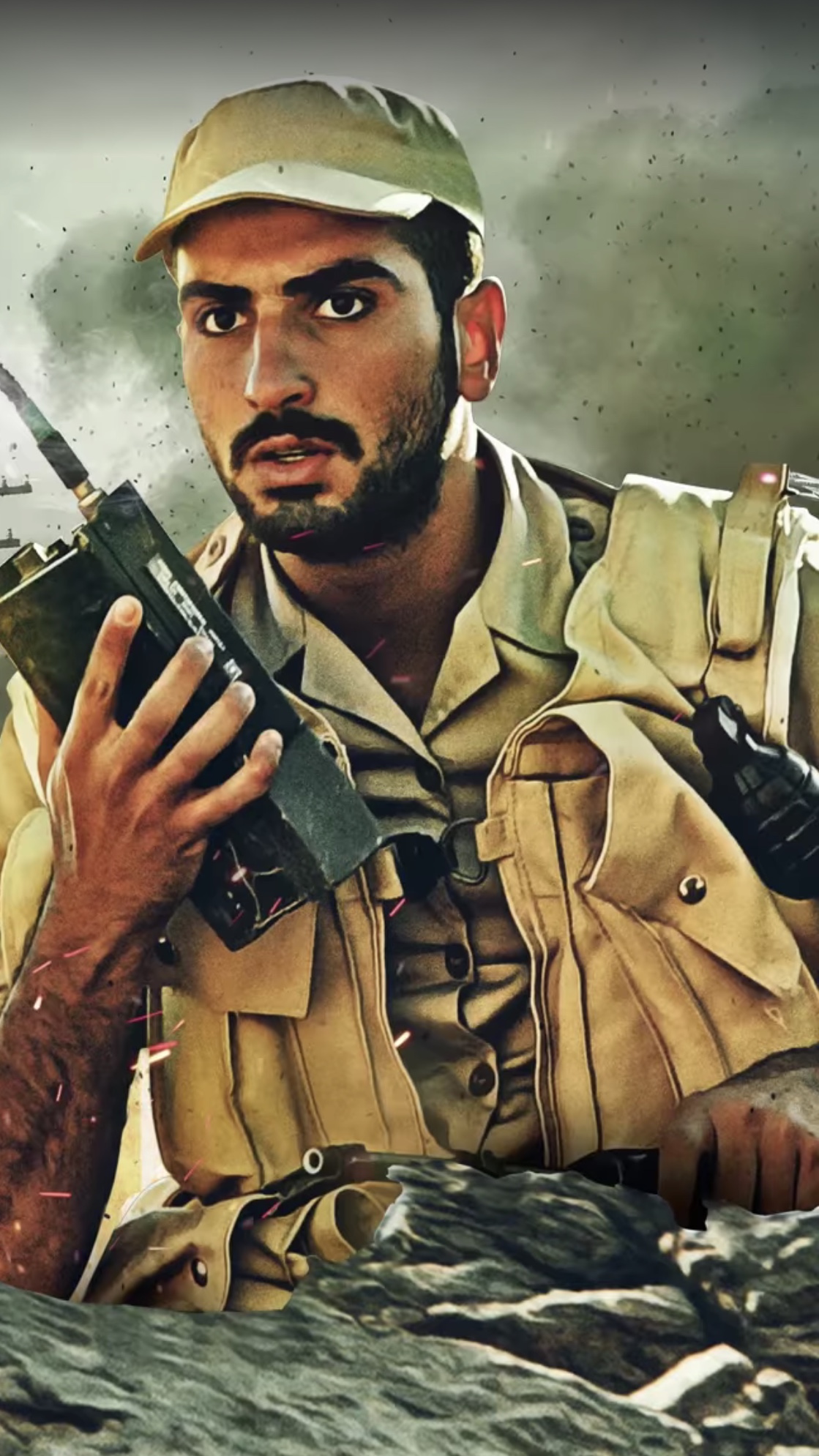 Mohamed Farrag and Asmaa Abol-Yazid were a whole other case. They added the important and true touch of the romance we have forgotten about over the years.

Seeing the movie and how the events unfold, we cannot imagine anyone else playing the role Eyad Nassar perfected. His performance was out of this world, and he had to be the highlight of the movie.

We are used to Nassar being the villain, but this character was on a whole new level. Portraying an Isreali soldier, Nassar perfected it, to the point of truly hating him. Even the audience in the theater were cheering every time someone just gives him a hard time in the movie.

What we liked the most about the characters and their portrayal is the variation. And the fact that we got to see the different shades of the army men who went through something horrible together.

We saw the leader who stayed loyal to his responsibilities through it all, the brave who’d give his life for his colleagues, the lost who doesn’t know what he’s supposed to do, and even the scared who only wanted to survive.

The Details in the Plot:

One of our very own favorite things about “El-Mamar” is the way they paid attention to the tiniest details of the story. It’s definitely not one of those films where too many things are overlooked.

On the contrary, for instance, the fact that they haven’t disregarded the part where you can see how the fatigue is quite evident on their faces after the long road in the mission, that their beards have grown all dusty, says a lot about how this movie wants to convey a certain huge message.

Having said that, and despite the amazing portrayal of such events and conveying such feelings; there were some scenes that felt like fillers. And in the middle of many captivating scenes; there were long boring pauses. That at some point, the audience at the movie theatre seemed to all be looking at their phones at the same time.

We won’t talk much about this since it’s the work of Omar Khairat. As always, there’s barely anything wrong with that.

The soundtrack was amazing with each piece fitting its scene quite perfectly. However, the only thing we could point out is that it was quite similar to “Welad El-3am” and “Ferqet Nagi Atallah” combined.

We could understand why, since the three works are related to the war, the army, and the Israeli conflict and it may make sense for the soundtrack to fit the theme like that. But we still think it could’ve been a little different, at least.

What about the Ending?

When it comes to cinematography and music; “El-Mamar” was captivating. And as we said, the acting may really be our favorite thing about the whole film. However, the ending felt a little rushed. We understand that this could be because of how long the movie itself is, but the closure to such events should have been solid and more clear.

Yeah, we completely saw which side attained the victory and we saw how they did. Nevertheless, it seemed that they wanted us to see the aftermath, but not quite. It was like there’s a missing scene at the end.

Another thing that we weren’t quite impressed with is how the movie was too loud. It’s an action movie, we get it, but it was still too loud during scenes that we wanted to hear what is happening. We understand they were trying to show us the reality of the situation, but it was confusing, in some parts.

Due to those loud noises, it made us notice the lip-syncing more than we would’ve regularly, since we had to concentrate so much on what they’re saying. Sometimes you don’t know whether to focus with the very loud sound of the person speaking or with his lips moving on the screen.

Finally, we think the movie is really good. And it will open several doors for producing similar genres. And even new different ones. Instead of forever being stuck between the drama, action and romance themes in the Egyptian cinema industry.

However, as mentioned earlier, it sort of misses the ‘keeping the viewer on the edge of their seat’ part in some scenes. But hey, at least we have an Egyptian war movie after all those years!

And now, all that is left to say is enjoy the watch and we hope it lives up to your expectations! We really need more of these genres in the cinema industry!