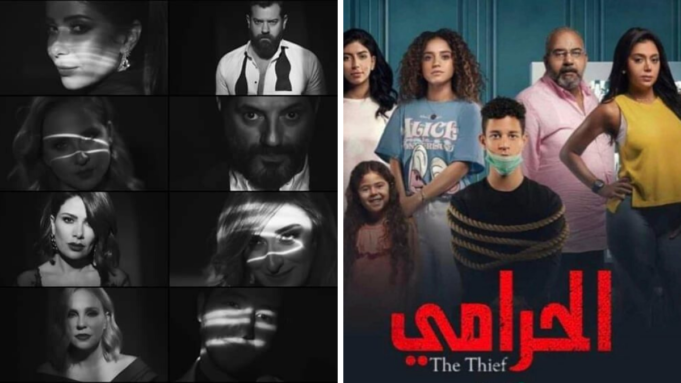 If you’re tired of re-watching the same old Egyptian dramas and you’ve found nothing good in the post-Ramadan watch-list, you may find yourself with one conclusion: Egyptian entertainment has gone stale.

You know what we mean, right? As much as you love them and appreciate their work, you see the same old faces everywhere and the stories they present are, more or less, all re-writes of each other.

But before you give up hope and mourn the good old days of creativity, we have some good news for you.

In lieu of Leih La2 and El-Sherka El-Amaneya Le Mokaf7et El-5awareq, there are some new TV shows coming our way soon. And, yes, we’re about to tell you all about them!

The first one of these anticipated new shows is El-7aramy, which delivers an interesting, never-seen-before plot. And, no, we’re not exaggerating. The setting is in the current Coronavirus-quarantine stage, so it’s safe to say this prompt has never been done.

Starring Rania Youssef, Bayoumi Fouad, and Ahmed Dash in his second lead role, El-7aramy revolves around a family spending their quarantine at home…all while a thief unknowingly sneaks in and lives with them.

From what we’ve seen in the trailer, the show has proved to be a new kind of thriller that draws on a lot of our current fears. Intruders, danger, and disease. And with the cast we’ve mentioned above, well, we think we might be waiting on something good in the making.

There’s one thing we have to say here. When the poster of this show was released, a lot of people called the bluff and said it was “just a rumor” . And we get why — it’s a show headlined by Mona Zaki, Nelly Karim, Ahmed Malek, Shereen Reda, Amina Khalil, Saba Mubarak, and many more!

Yes, really! This is a thing and since it has wrapped up, according to a post by one of the leads, we’ve been curious and we know you might be too so we’re solving the mystery.

Brought to us by a horde of talented writers and directors (yes, plural), Nemra Etnen is a series of episode-length short stories, all portrayed by different characters and is set in different countries. And while the mystery about just what those stories will be about is still ongoing, we can tell it’s going to be intriguing and new.

So, will these new shows actually be good?

Sure, you may think we don’t have much to go on from the looks of things, but we don’t think this is the case. We’ve read the shows’ descriptions and now that you did too and we don’t see signs of the lovable-yet-overdone repetitiveness that characterizes Egyptian entertainment.

In fact, what we see here is potential for interesting plots that will actually draw from real life and the problems and fears that a lot of us have but never discuss — and, well, for that alone we can guess they’ll be worth the wait.