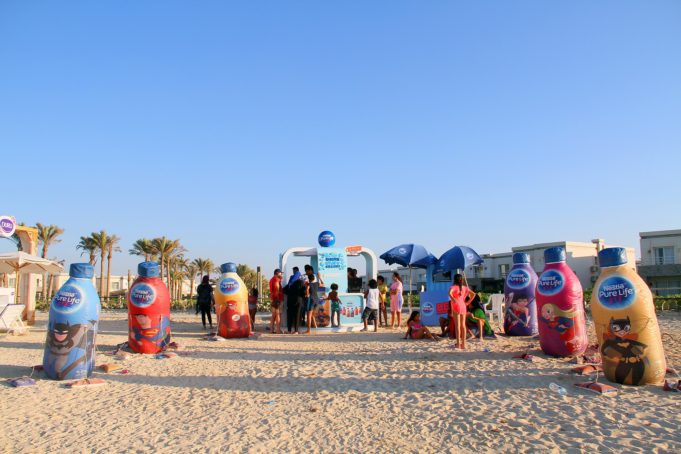 While we might like to pretend that we are adults who are adult-ing all over life, one thing for sure turns us all into 3-year-olds again– Superheroes! Now imagine trying to impress the Sahel crowd on the beach with your “Formet el Sahel,” then randomly finding BATMAN walking in front of you?

Yup, this is what happened to us in Sahel this summer; we were surrounded by our favorite DC heroes! While we may not have the target audience for the campaign, we still very much enjoyed it.

What was the campaign?

It was a Nestle Pure Life campaign!

In a genius campaign, Nestlé Pure Life released a superheroes themed bottle for kids featuring everyone’s favorite superheroes –Batman, Superman, Flash, Batgirl, Supergirl and my personal favorite, Wonder Woman. The bottles are brilliantly designed to the point that even my 27-year-old self-remembers to stay hydrated and buy a bottle whenever I’m near a refreshment kiosk.

As adults, we often forget one of the most basic human needs; drinking water. Now imagine parents trying to convince their kids to drink water often and stay hydrated. While I am not a parent myself, I can most certainly imagine how hard that must be. 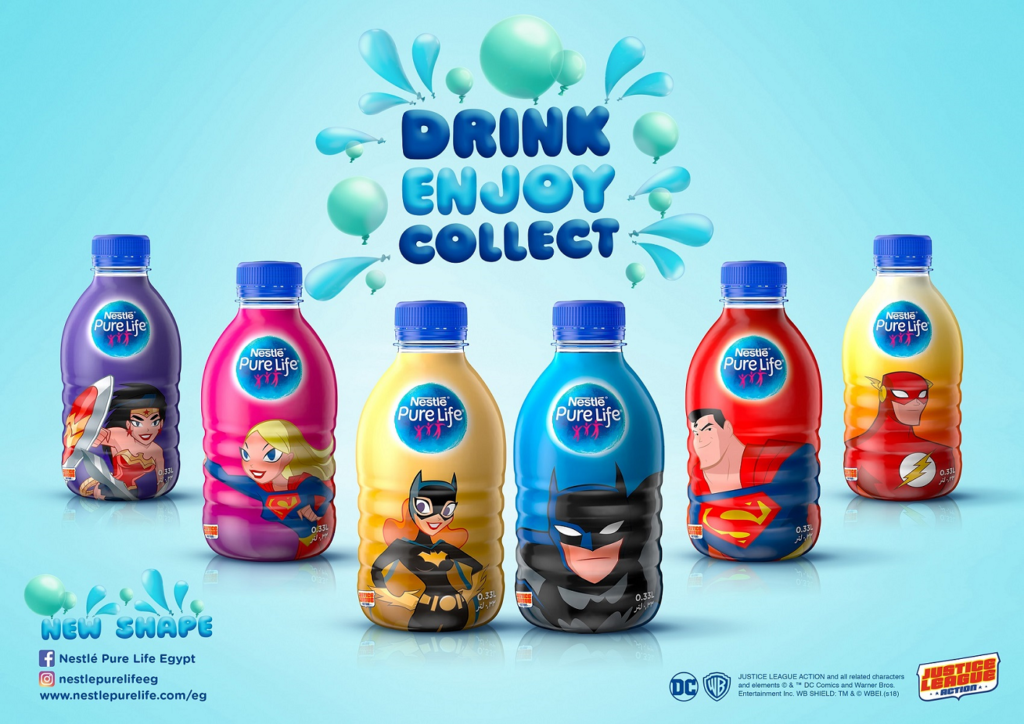 Don’t get us wrong, water is great, but when kids have alternative drinks – from fizzy drinks to artificially flavored fruit juices – the transparent, tasteless drink that is boringly packaged might not be a 3-year-old’s beverage of choice.

Most kids view these superheroes as positive role models, and the repacked water was not just the motivation for kids to stay hydrated and active.

To promote the new bottles, Nestlé gave out free sampling water on the beaches of Sahel, as well as kids’ play areas, and toll stations – making the kids enjoy their vacations before they even arrive to their summer destination.

Think that was cool enough? Oh, no, no, that was only the beginning!

In another brilliant activation by Nestlé Pure Life, a superheroes treasure hunt was launched on the streets of the North Coast. The treasure hunt was plain and simple; find a superhero in Sahel, take a picture with them and post to social media for a chance to win one of their cool prizes!

Other than motivating kids to stay hydrated, Nestlé Pure Life launched a “Recycling activation” to teach kids, as well as their parents, about the concept of recycling with superheroes to make it more appealing.

Additionally, Nestlé pure life hosted numerous other activations and fun games for kids, and the whole family, to enjoy during their stay in Sahel – including Water stunt & Beach Shows, and VR Games.

Now the two activations that got us really excited… we mean the kids excited – were the superheroes flash mobs on the beach and the “Bat-show.”

The “Bat-show” was an entertainment event, which was, safe to say, an event that accomplished all our childhood dreams – everything turned dark, and out of nowhere, we found Batsignal light beam on the building, all the of the Justice League united and made us all fangirl!

This campaign alone was so good, that it forced us to hydrate ourselves more as adults. Now if that campaign did not work with your kid, then we don’t deserve a pure life…