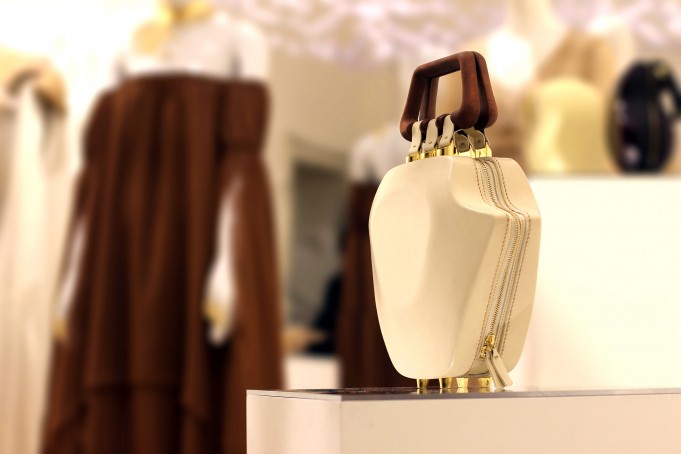 For IFS 2016, the British Council and British Fashion Council presented work by emerging fashion designers from 25 countries. ‘Fashion Utopias’ is the fifth edition of the annual International Fashion Showcase (IFS) and forms a key part of London Fashion Week’s public-facing programme to celebrate work by emerging fashion designers. Sabry Marouf had the chance to display their work among the participating Egyptian designers and recieve a special mention from Sarah Mower, Head of Emerging Talent at the British Fashion Council. 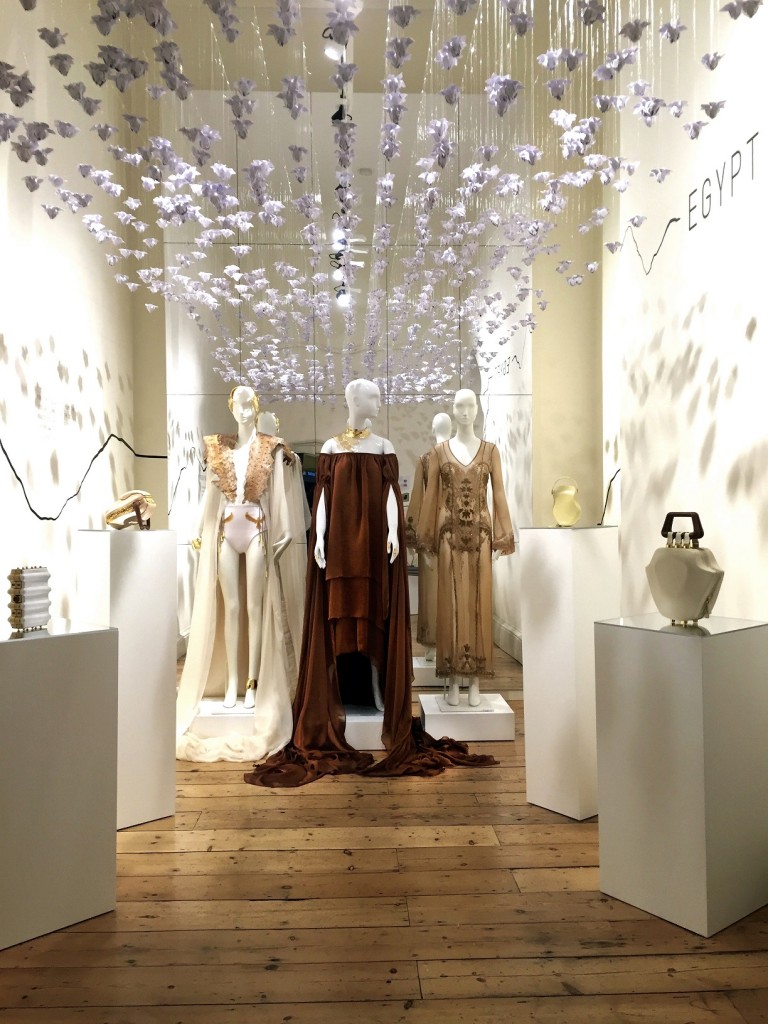 Ahmed Sabry, Creative Director at Sabry Marouf said: “We are proud to represent Egypt for the first time at London Fashion Week. As one of the key events in the fashion industry that support emerging talent, we have been delighted to showcase our first leather collection during IFS and have Egypt ranked second place among 25 participating countries. We have been also privileged to meet like-minded creatives from across the globe.”

SABRY MAROUF showcased a selection their newly introduced leather collection including one handbag and three minaudières handcrafted out of leather. All the pieces were inspired by sculptural works from the Amarna period in Egyptian History. Two minaudière bags were inspired by the Scarab beetle for their reference to rebirth and the scarab’s symbolic significance to the afterlife. The other two pieces were the TUT handbag inspired by the infamous Tutankhamen gold death mask and the DJED pillar clutch inspired by the Djed amulet or Osiris’s backbone.

Daki Marouf, Managing Partner at Sabry Marouf said: “Participation by Egyptian designers at the IFS and similar events is key to expose our work to international industry professionals, while improving global perceptions of Egypt as it makes its way to the global fashion radar.”

Now in its fifth year, IFS is open to the public during London Fashion Week, engaging with an audience of fashion enthusiasts and industry alike. IFS invited fashion authorities from all over the world, via their embassies and cultural institutes in London, to exhibit their most exciting emerging designers. To date over 500 of the most exciting international designers from 70 countries have exhibited in the IFS initiative. 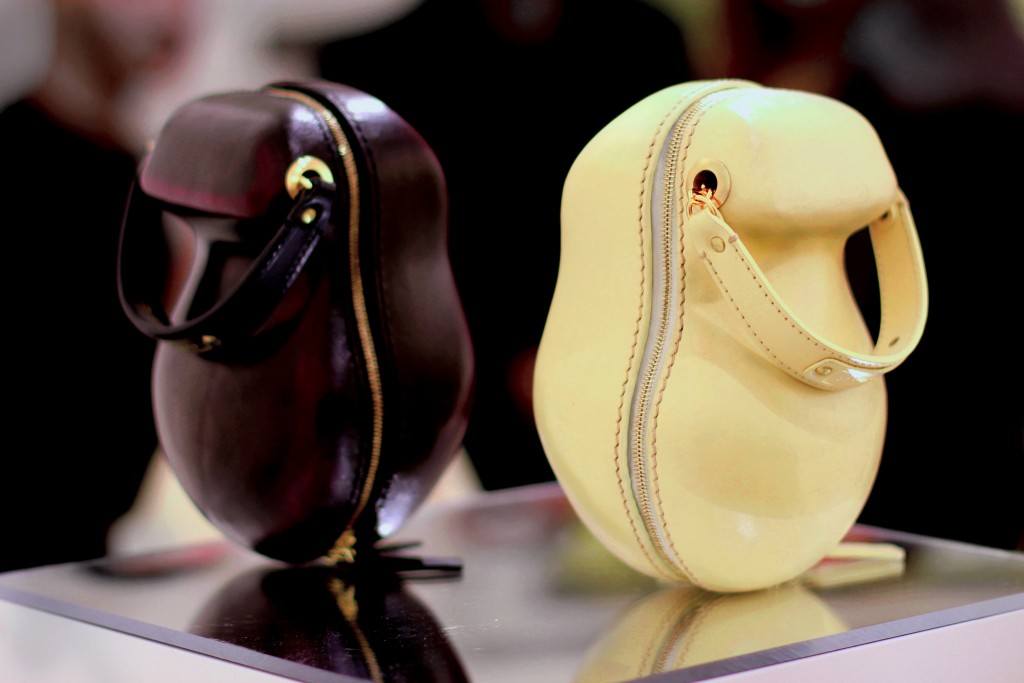 Headed by duo Ahmed Sabry and Daki Marouf, SabryMarouf was launched in 2011, Sabry Marouf is the first brand in the fashion industry to truly dedicate itself to reinterpreting ancient Egyptian culture with a distinctly contemporary approach. The Sabry Marouf brand was launched in Cairo in 2012, with three capsule jewelry collections created since and a successful bespoke customization service. The brand has recently introduced a new product line of luxury clutches and minaudiers which carries through their signature DNA and builds on their core competence of fine metal-work with new materials such as leather and wood.

Sabry Marouf have also contributed at the Chain of Hope Gala Ball bycreating an exclusive piece specially made for the cause. The brand auctioned proceeds going to Dr. Magdy Yacoub’s charity which helps save children around the world. Recently both designers completed their Master’s degrees at The London College of Fashion, Ahmed studied ‘Fashion Artefact’ & Daki studied ‘Fashion entrepreneurship & Innovation’.