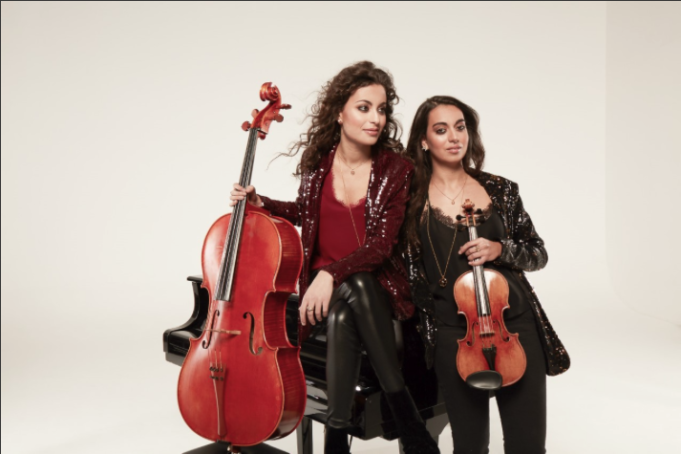 The Ayoub Sisters, Egyptian/Scottish classical musicians, are taking the classical world by storm. Laura, 21, and Sarah, 24, recently hit the top spot in the iTunes Classical Album charts with their album The Ayoub Sisters, which they recorded in nine hours at Abbey Road studios in conjunction with Mark Ronson and the Royal Philharmonic Orchestra.

This came after they uploaded a classical version of Ronson’s Uptown Funk on YouTube, consequently catching his attention. It was the first pop cover they uploaded on YouTube and, Sarah (24) told the BBC, it led to Ronson inviting them to the Abbey Road studios to re-record it for last year’s Brit Awards.
https://www.youtube.com/watch?v=N-7Whx-i-Uk

Born to Egyptian parents and raised near Glasgow, Laura and Sarah grew up surrounded by classical and Arabic music. They have been playing together since early childhood, and though Laura is primarily on violin and Sarah on cello, they are both multi-instrumentalists, and characteristically employ loop pedals. The sisters have stirred up a lot of excitement, shooting to stardom in the classical and crossover worlds in a flash.

Since making their Royal Albert Hall debut in 2016, Egyptian – Scottish sisters Sarah and Laura Ayoub have had a meteoric start to their career. 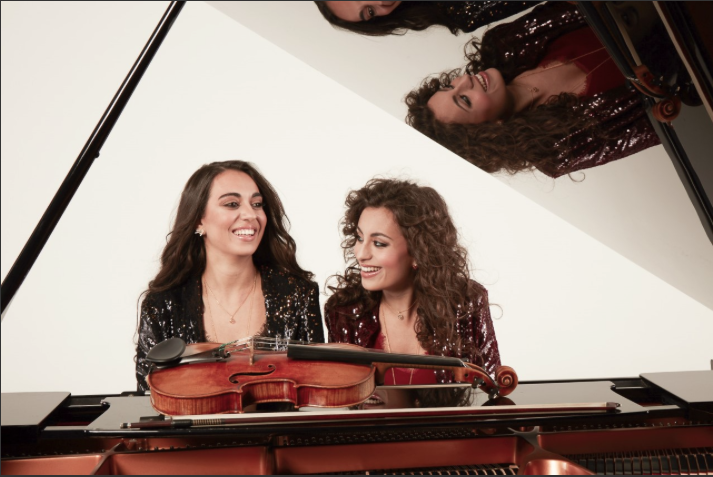 Discovered by Mark Ronson and now signed to Decca Records in partnership with Classic FM; the multi-instrumentalist sisters recorded their debut album with the Royal Philharmonic Orchestra in the world-renowned Abbey Road Studios. Their album debuted at No.1 in the Official Classical Artist Albums Chart. https://www.youtube.com/watch?v=FMxDlCkFGK8

The duo have performed across the UK, Europe, the Middle East and Asia with highlights including appearances at the Royal Albert Hall, Royal Festival Hall, London Palladium, The Embassy of Egypt, The Cairo Opera House, touring with choirmaster Gareth Malone and a record-breaking debut in China of 13 performances in 4 days.

The multi-award winning sisters made their live television debut, performing their own arrangement of George Michael’s ‘Mother’s Pride’ at the BAFTAs. That single, along with each single the sisters have ever released reached the top of the iTunes chart within minutes. https://www.youtube.com/watch?v=cbNRN2uGAm0

Global Award nominees, Infinitime Music and Young Scot Award winners, The Ayoub Sisters are fast becoming the sound and faces of a truly exciting new generation of classical and crossover artists. They will be soon performing in Egypt in collaboration with Egyptian artists in a very unique event that will be announced soon. We wish them the best of luck and success in their career ahead. 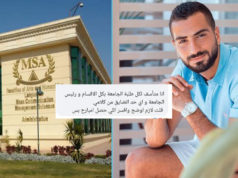 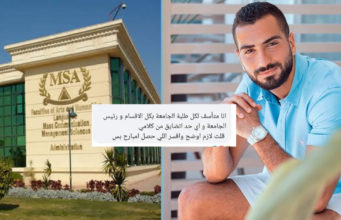 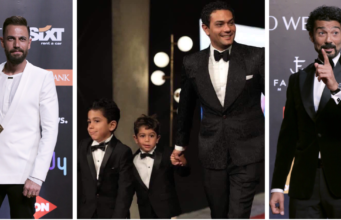