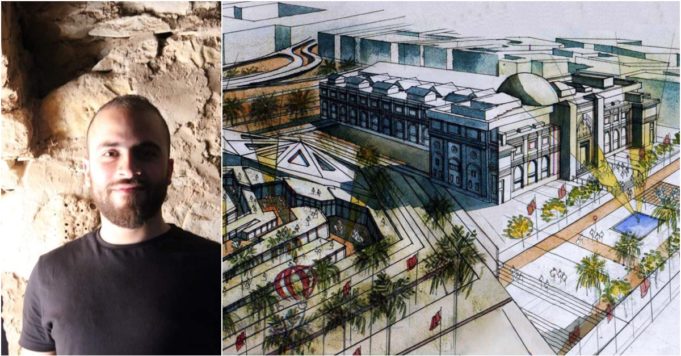 It seems as though lately the Egyptian youth have been determined to show the world what they are made of.
Egyptian architect & designer Ali Khaled Ahmed Elewa has recently shared with us his impressive work and plans for the Egyptian Museum Extension Project in Cairo.
And we have to say we are utterly proud…

Ali Khaled Ahmed Elewa is a Helwan University graduate who studied architecture in the faculty of Fine Arts. 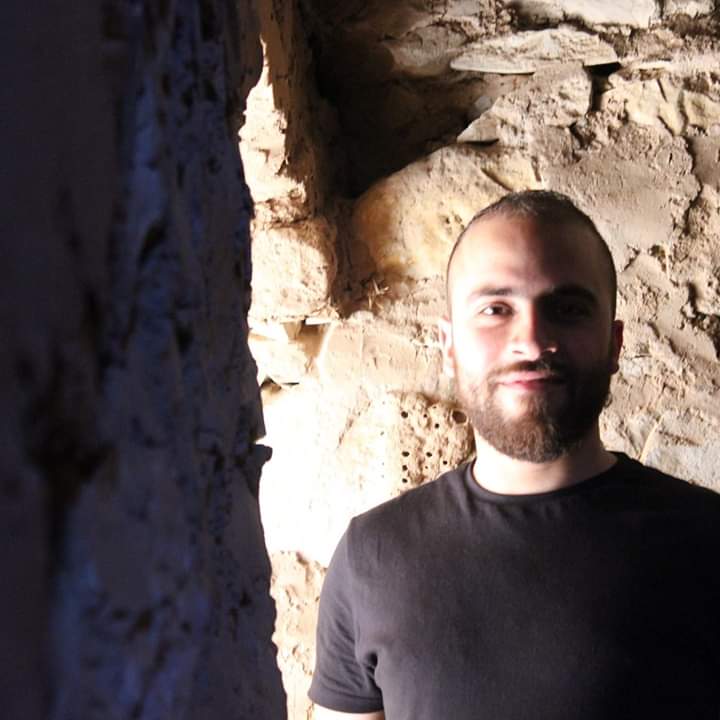 He has gained a wide experience in the architecture and design field in numerous projects across Africa and the Middle East.

Ali is also an Assistant Lecturer at the faculty of Fine Arts, Architecture department, and completed his master’s degree in Architectural Engineering. His plans for the Egyptian Museum Extension Project comes as part of his interest and passion in landscape urbanism and its role in changing the quality of life in cities.

For those of you who don’t know, on 28th of March 2014, the government decided to demolish the National Democratic Party building which was burned during the Jan 25th Revolution in 2011. They also decided to allocate its site to create an extension for the Egyptian Museum in Cairo. 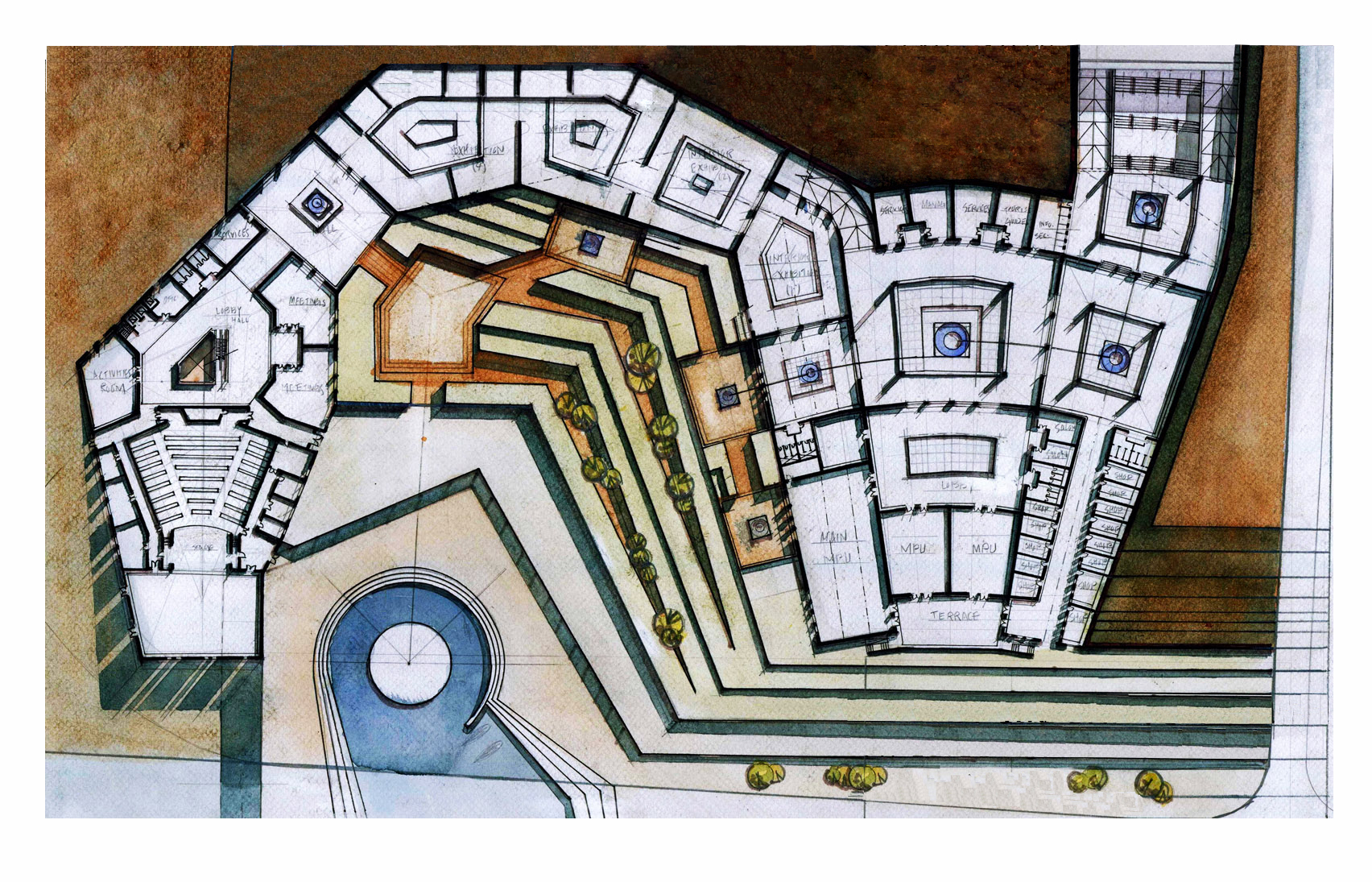 According to Ali’s description, the idea of the project was to link and connect the Egyptian Museum to the Nile River via a direct path passing through the museum’s extension, and making a marina for the cruise ships and boats in front of the museum. Not only that, the entire project surface area will be turned into a huge garden above the extension itself.

So basically, the Egyptian Museum’s building which would be built underground will be seen from the Nile River, and the whole surface site would be a museum’s garden, including the external exhibition spaces.

According to designer Ali Khaled’s vision, the Egyptian Museum will be more than just a museum. Because the project will mainly consist of a large museum garden for ancient Egyptian statues, temporary exhibitions, spaces for cultural activities, multipurpose halls, auditorium, retail spaces, restaurants and cafeterias, and a great plaza surrounding the artificial lake linked with the Nile river for events and concerts.

Ali is also intending to maximize the garden’s area in order to create a green envelope that surrounds the outdoor spaces, so that they are isolated from the surrounding tall, non-historic and massive buildings around the museum.

So in other words, once you step in there, you will seclude yourself from any distractions outside.

That’s not all. According to the design, the project site is planned to be accessible for pedestrians only, but not vehicles, in order to reduce air pollution and achieve a better quality of life for the surrounding urban context. 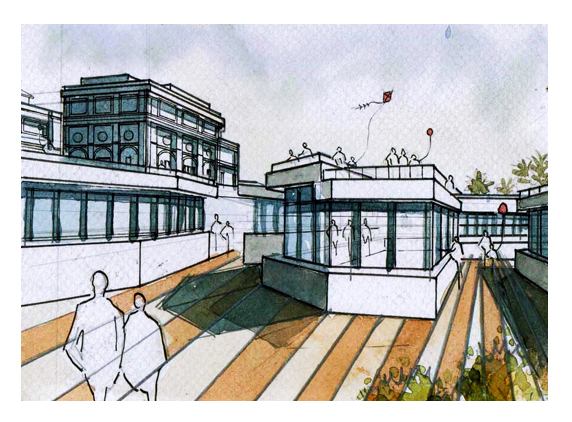 So it will not only look magnificent, it will feel just as good!

Obviously this project is all kind of impressive. And we are not the only ones who think so.

Ali Khaled’s project for the Egyptian Museum Extension has been published in international architecture publications such as “Landscape Middle East” magazine, February 2019 issue, and “Berlogos” website in which it was published in both English and Russian.

When Will We See It Come To Life?

As impressive as this project’s design is, it is still just a design. What we need is for it to come to life so we can have an amazing new version of our very own Egyptian Museum.

For that to happen, we all need to show Ali our support and appreciation of his talent and ambitious idea, so he can submit it to the authorities and we can, one day, see it in real life.

Again, we must say we are extremely proud of Egyptian designer Ali Khaled and all his impressive work.

And we hope to continue to find more hidden gems in our promising Egyptian youth. 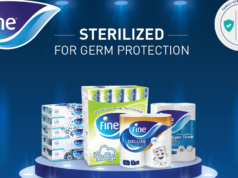 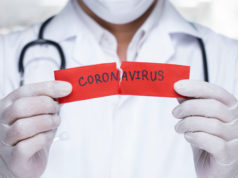 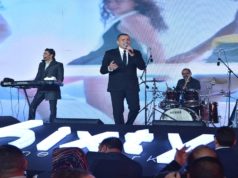 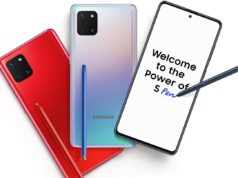 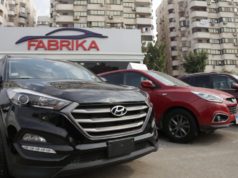 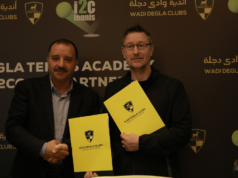 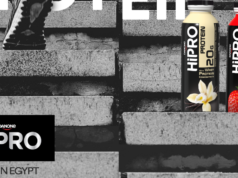 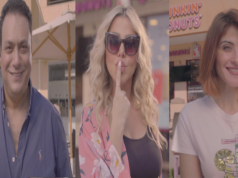 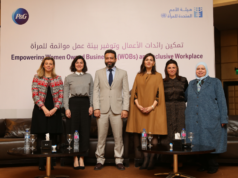 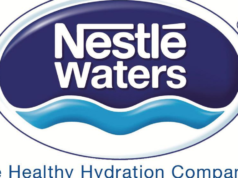 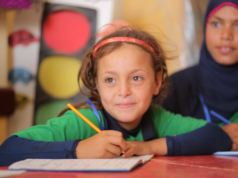