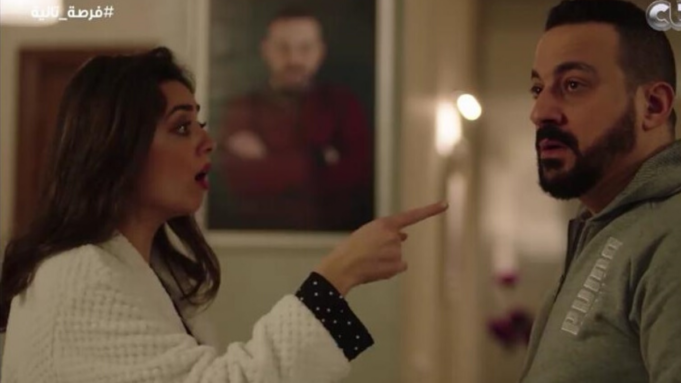 After a considerable amount of our time on Earth, it’s safe to say that Ramadan TV stereotypes don’t surprise us anymore. In fact, we kind of predict them now. Yes, even the horrible, borderline abusive relationships that are now a mosalsalat staple.

The relationships this year have ranged from the extremely cold to extremely abusive. In fact, we’ll dare you to name one relationship that actually feels healthy and/or just good.

Spoilers: you can’t. But if we asked you to name the toxic relationships, well, there’s no shortage.

We’ve all seen the Mariam-Medhat and Ziad-Riham double horror shows on Forsa Tanya. We’ve all seen how toxicity reeks from, well, all the characters of Lama Konna So3’ayareen. And that’s not even mentioning Fathy’s relationships in El-Prince, where one of them is plain abuse and the other one is horribly manipulative.

Horrible but not oddly surprising, isn’t it? Well, we’ll tell you what is surprising.

The only healthy relationship this Ramadan is probably the one between Men’em (Bayoumi Fouad) and Ahed (Youssra). And it’s not even a real relationship!

The thing is, real life doesn’t only have bad relationships. It has healthy ones, too. It has relationships that are full of problems but the people in them actually attempt to talk things out.

That’s one thing. The other is that for all their existence as a “dramatic fodder”, unhealthy TV relationships aren’t actually fleshed out in a way that is dramatically satisfying.

In all of the relationships we’ve mentioned above, there isn’t any build-up in character resentment. They just go from 0 to a 100 without any further explanation and we’re supposed to roll with it.

So, why are we this ticked off about unhealthy relationships saturating our TVs when they’re predictable, stale, and not even that realistic?

Look, we aren’t going to fret too much over toxicity on TV because it’s not news at this point. It’s actually archaic and overdone and everyone knows the exact moment the female character will be slapped in the face.

Watching horrible relationships like this play out to only get resolved in the Ramadan finale (if a villain is involved; if it’s a lead character, then the relationship has never been toxic) has negatively affected our real-life perception of good relationships for years because we internalize these messages, especially the younger we are.

But here’s the thing, even though we wish we could do without these relationships on TV, we’re not going to say that. What we’re going to say, though, is that we need a reliable number of decent, healthy relationships to balance them out.

We need people to know that we can have love stories where the moral isn’t “love is abuse” or “love is horrible”. We need our TV to take inspiration out of real-life healthy couples and give us something that doesn’t end in humiliation.

Just once. Give us a healthy Ramadan TV relationship. The bar is on the ground.