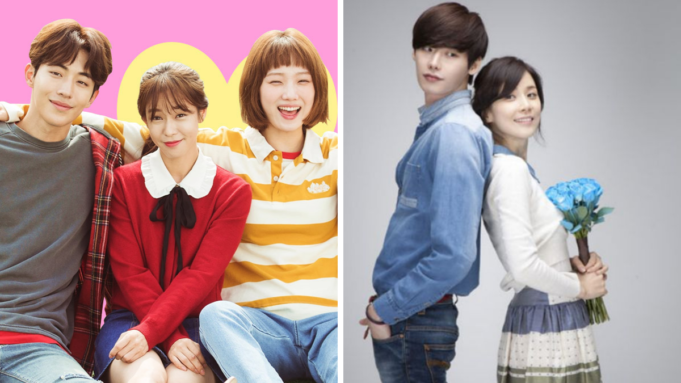 Listen. You know it had to reach this point eventually. We need to talk about K-dramas because they’re not getting their due here. Before you roll your eyes and close this article, try to keep an open-mind here.

Maybe after this article you’ll understand why that one friend of yours can’t stop blabbing about it. After all, K-dramas are addictive for a reason. People don’t go from being skeptics to hyping them up this obsessively without one.

A predictable part of the hype is the fact that we’re getting an in-depth look into another culture.

Though many people disproved the theory that humans are social creatures, none can deny that we’re all a curious bunch.

Getting to know more about the traditions, lifestyle, food, and pop-culture in another country is kind of like being an E-tourist, so naturally we’re going to keep watching so we can find out more information and confirm what we already knew.

Speaking of food, Korean cuisine is pretty pleasing to the eye.

In every K-drama, you’ll find about 53 scenes where the characters eat every available kind of ramen and barbecue ever to exist. The fact that they also eat with so much passion and hunger will make you want to join in too.

It’s not just about the culture, though. K-dramas have a very much needed “sensitive boy” quota.

It’s actually kind of interesting to see rather than hear about because, as you read this, you might narrow it down to boring characters. Watching the dramas, though, you’ll see that the male characters aren’t boring, they just respect the female characters in their lives. Interestingly, that’s taken as “meh” rather than development.

It’s not just the guys, though. The female characters are actually fleshed out.

We’ve talked before about the poor portrayals of women in Egyptian cinema, which remains unchanged till now. To combat this, you can get your daily dose of “women written as real people” in any given K-drama.

Sometimes, you can even get too much realness. Those characters can be so awkward you’ll cringe for them in sympathy because, well, we’ve all been there.

Like all addictive TV shows, though, K-dramas are as good as they are because the stories they tell are genuinely interesting

We can talk about the actors and the characters all we want, but to be honest, if the content presented wasn’t good, no one would give their time to watching these shows.

In this type of storytelling, you’ll see things aren’t required to be intricately complicated to be interesting. Sometimes, it can be as simple as a trope-filled “boy meets girl” story that’s deconstructed and taken from a wildly different angle.

All in all, K-dramas can be attracting this mind-boggling attention right now for another totally forgotten reason:

Just like the 90’s were for dubbed Mexican telenovelas, this is K-drama’s moment.

As much as we like to think about how society and culture work, it’s likely that we might never really understand it.

All the factors we’ve mentioned play a part, sure, but then again, maybe the reason we’re all falling under the hype right now is because the easier accessibility opened the doors.

The next time someone scoffs when you mention that new K-drama you’re watching, just show them this article. Maybe it’ll broaden their horizons.