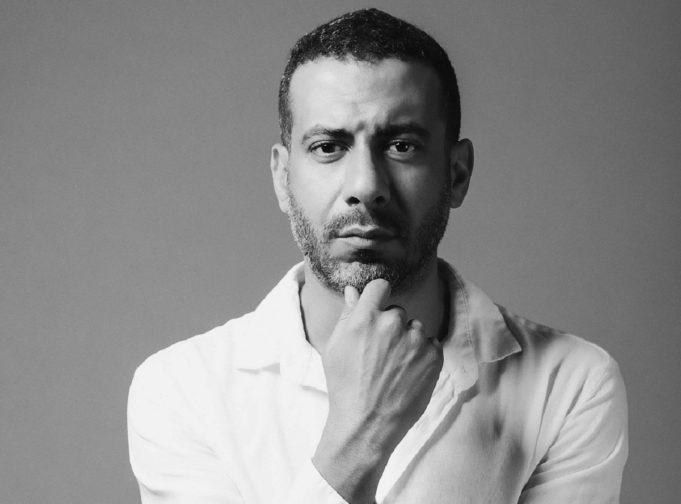 From the minute we saw him in Etisalat’s commercial, everyone predicted that this young man will make an exceptional actor, and the prediction indeed came true. Today, Mohamed Farrag is one of the most prominent actors of his generation. From his role in Taht El Sayatara, to Haza Al Masa’a, to Aho Dah Eli Sar… his remarkable roles are countless, and his talent knows no boundaries. We met with Farrag for a chit-chat about his more than extraordinary career, and he took us on a journey full of passion, ambition and sensational performances. 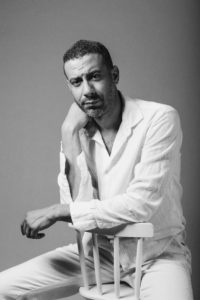 What attracted you to acting?

Since I was just a little child, I was besotted with TV series. Yes, I did love to watch cartoon series too, but my passion for actual drama series was something else. I used to watch El Shahd w El Domou’, Gom’aa El Shawal, Abnae’y Al Aeza’a Shokran… It is quite common for kids to watch animated series, but to be drawn to watching heavy drama series like these, that I think was a bit uncommon, but that’s how it was for me. I used to write down scenes from these episodes, or record them on a cassette, and rehearse them with my siblings. We would each pick a role, learn their lines by heart, and then we would record the scene with our voices. I believe this is when my love toward acting started growing. Few years later, when I was in middle school, I joined the school theater. I used to love to imitate people, especially my teachers, which once got me expelled for a week because a teacher got really upset from me imitating him. Despite all that, I wasn’t completely aware of my love toward acting.I also love football a lot, so I used to join sporting clubs to train until one day I made it to Al Ahly. I love to hunt and ride horses, so I would pursue these hobbies too but I was never mindful to my great passion for performing until I grew up. When I did, I figured I had to seek a career in it.

I am very picky with my roles. I would never go with roles that I think are not challenging or have been played by someone else before, because I believe that there is always something new to present, something different, creativity knows no limit. Life is full of people, so it’s is full of characters, with different features and different traits. I tend to pick what’s new and challenging, and when I’m done with a role I must free myself from all its characteristics in order to make space for a new one, that’s why I never like to play similar characters. The story itself plays a major factor to whether I accept a role or not. The project must be rich, catchy and fascinating, because if it managed to attract me, then I will be able to find elements in it to attract the audience to it too. In addition, the director, the person I am going to lean on, whom I consider like a compass in a vast wide land, without it you wouldn’t know which direction to go, must be someone I agree with their vision. Finally, the other actors in the project, I love to act alongside strong performers, talents spice up any project.

What is your favorite role so far, and why? 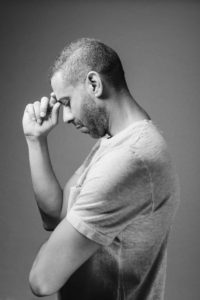 There is more than one; I love my character Hussein Aly Haroun Shehata in Al Gama’a, even though I only played it for one scene, but it was the first time for me to work with Wahid Hamed, and it got a lot of praise. I also love my character Seliman in Al Maslaha; it was challenging to play a guy from Sinai, to master his accent and to reflect him with his complicated features. I love Ragab El Farkh, in Bedoun Zekr Asma’a; it was my first time to work with director Tamer Mohsen. Most of the important roles I played were with him. It goes without saying that I love my role as Aly El Rouby in Taht El Saytara; the series was a big hit, and thankfully the audience loved it and loved the relationship between Aly and Hania with all its ups and downs, it was also my first time to act with Nelly Karim. I love Sony in Haza Al Masa’a with his darkness, Ahmed El Far in Ot w Far with his quirkiness, and finally Aly Bahr in Aho Da El Sar because of the challenge of playing him from his twenties to his eighties.

Who would you love to work with?

I would love to work with anyone who loves what they do, because I do have a passion toward my work, and working with someone who shares this love will always make the experience much more enjoyable. I am now preparing for a role in King Lear play with Yehia El Fakharani; I love this man, on both the personal and professional levels, he worships his work and that’s why going to rehearsals every day makes me so happy. There are certain actors that I wish I had the chance to work with but sadly they left us, such as the incredible Ahmed Zaky, the phenomenal Khaled Saleh, and the exquisite Mahmoud Abd El Aziz, may all of their precious souls rest in eternal peace.

Aho Dah Eli Sar was a major success, what do you think are the factors behind its success, and why didn’t we get to see the fate of your character, Ali Bahr?

The main factor is how devoted everyone involved in this series was. Devotion can make wonders happen. Screenwriter Abd El Rehim Gamal showed his devotion by presenting us with a very rich script, director Hatem Aly showed his devotion by executing the project masterfully, all the actors in the series showed their devotion by acing their performances. Everyone in the location believed in the project; that’s why it was a huge success. The project isn’t similar to anything we have watched before, that’s why it captured the audience and made them eager to know what will happen next. Finally, I believe the timing of its airing was perfect, even though we were all sad that it didn’t get to air last Ramadan, I think that the delay played in our favour.

As for my character, I think with all the deaths that happened in the last episode, the writer wanted to end Aly’s storyline on a happy note, that he got married to Asdaf, and that life went on. I think it was nice to not see the end of his journey.

Tell us more about Kabil, your next project this Ramadan…

Kabil is a TV series, a suspense thriller, written by Mostafa Sakr, Mohamed Ezz and Karim Youssef, directed by Karim El Shenawy and starring Mohamed Mamdouh, Amina Khalil and me. Alongside us there is Aly El Tayeb, Passent Shawki and Noha Abdin. As you can see the project is created from A to Z by young people; it is surrounded with a youthful fresh energy. I am thrilled to work with both Mamdouh and Amina; Mamdouh and I are friends for over 15 years, since we used to act together at the college theater, but we never got to work together until now, and I more than love Amina, she is a tremendous actress. I am so excited for the project.

When will El-Mamar be out in theaters? 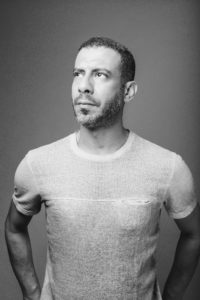 Next June, right after Ramadan and during Eid El Fetr. I hope you will all love it, and that it will honour our heroes of the 1967 War, the War of Attrition, and the 1973 War. I am proud to be part of this project. The movie is written and directed by Sherif Arafa, who is more than brilliant and I always dreamed to work with him.

We thank Farrag for such an inspiring interview and we wish him all the best in his next projects.