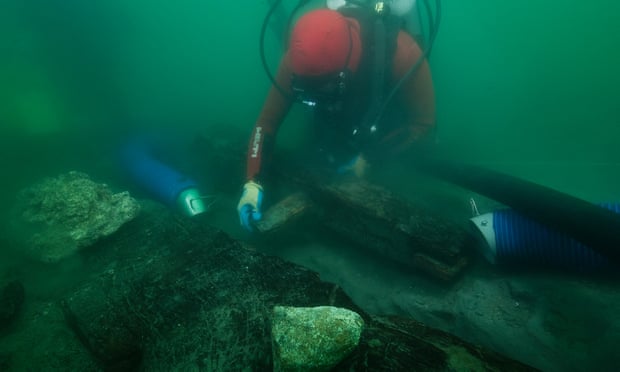 For almost 2500 years, the Greek historian Herodotus has been causing quite a historic debate. Herodotus wrote about a particular Egyptian boat that he’s seen during his trip, which he described as a type of Nile cargo boat called “Baris.”

For millenniums, scholars have argued over his claims, given that there was no archaeological evidence to the unusual ship.

2500 years later, however, according to The Guardian, a  “fabulously preserved” wreck in the waters around the sunken port city of Thonis-Heracleion has revealed Herodotus might have been right.

“It wasn’t until we discovered this wreck that we realized Herodotus was right,” said Dr. Damian Robinson, director of Oxford University’s center for maritime archaeology, which is publishing the excavation’s findings. “What Herodotus described was what we were looking at.” 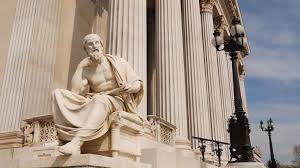 Herodotus is known as the father of history, given that he wrote what is considered the founding work of history in Western literature – Histories.

The book was written in 440 BC in the Ionic dialect of classical Greek. The Histories serves as a record of the ancient traditions, politics, geography, and clashes of various cultures that were known in Western Asia, Northern Africa, and Greece at that time.

What did he say about the “Baris”? 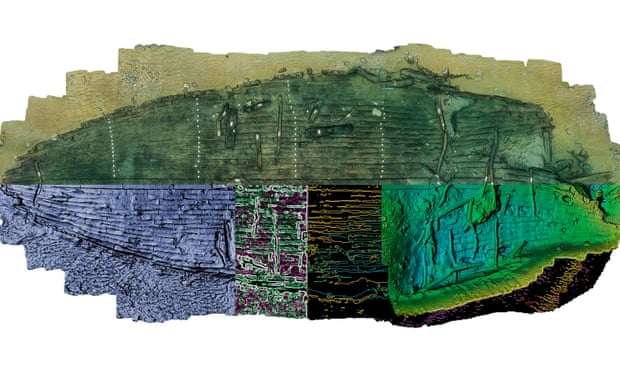 In his book, Historia, Herodotus wrote over twenty lines just describing the construction of a “Baris”. He said that builders “cut planks two cubits long, around 100 cm, and arrange them like bricks”.

He added: “On the strong and long tenons pieces of wood they insert two-cubit planks. When they have built their ship in this way, they stretch beams over them… They obturate the seams from within with papyrus. There is one rudder, passing through a hole in the keel. The mast is of acacia and the sails of papyrus…”

This steering system had been seen in representations and models through the Pharaonic period – but we had no firm archaeological evidence of its existence until now. 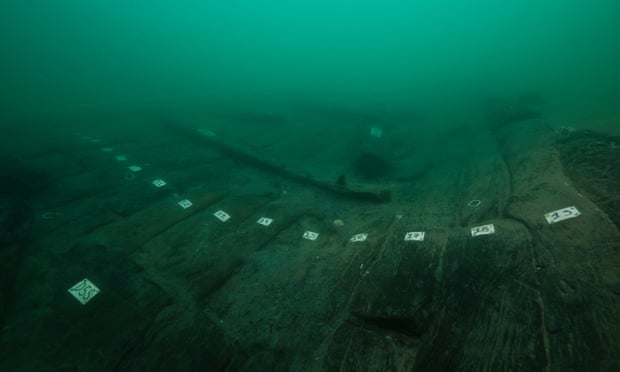 While the ship – now called Ship 17 – has been at sea for almost 2500 years, it is still well preserved. About 70% of its hull is still preserved.

Ship 17 is 28 meters long, making it one of the large-scale ancient Egyptian trading boats ever to have been discovered.

More about the discovery:

A book will be published about the wreck this month, called Ship 17: a Baris from Thonis-Heracleion, by Alexander Belov.

In the book, Belov suggests that the wreck’s nautical architecture is so close to Herodotus’s description, it could have been made in the very shipyard that he visited. Word-by-word analysis of his text demonstrates that almost every detail corresponds “exactly to the evidence”.