Identity Magazine
Home Entertainment 5 Girls Tell Us How They Found Out They Were Cheated On!
Facebook
Twitter
Google+ 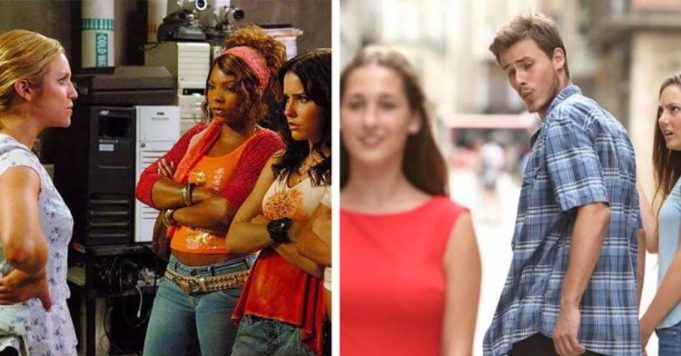 Is he cheating? A question that is just as old as time, yet somehow it remains the most relevant and juiciest of topics in any girls hangout. Luckily, we stumbled upon this post asking girls to share how they caught their partner cheating. So, we picked the 5 most interesting stories for you guys!

“I had a dream that he was cheating and it all turned out to be true!”

This was the opening statement to this post of cheating revelations. Like, imagine having such psychic powers! Jokes aside though, the rational explanation for this is probably that this girl knew her boyfriend was cheating on some level down there and the feeling happened to manifest itself in a dream!

“He posted a sad status after we had this big fight, and a girl left a comment saying what happened? Did we break up or something?”

So easy and so effortless. A simple Facebook post expressing how he’s in a bad mood and you watch out for any comment with a red flag.

“The girl sent me a picture of my fiance”

Here, the third party was actually decent. They were having an affair but she didn’t know at the time that he was engaged. Once she found out, she came clean and confessed everything to her. Beware of the female solidarity, boys!

“I felt something was off, so I created this fake Instagram account, and there it was. He was posting intimate stories with another girl and he had me on hide.”

Sometimes, you just have to do the work yourself. This one girl refused to sit around and wait for something to confirm her fears. She Sherlock-ed her way into figuring this out!

“I was traveling when I felt something fishy was going on, so I told him my Facebook account was suspended and that I’m sending him this link to try and reopen it, and that’s how I got access to his own account.”

He thought he was helping her restore her account, little did he know, all hell was about to break loose. Hats off to that hacker man!

So, what do you guys think? Once a cheater always a cheater?