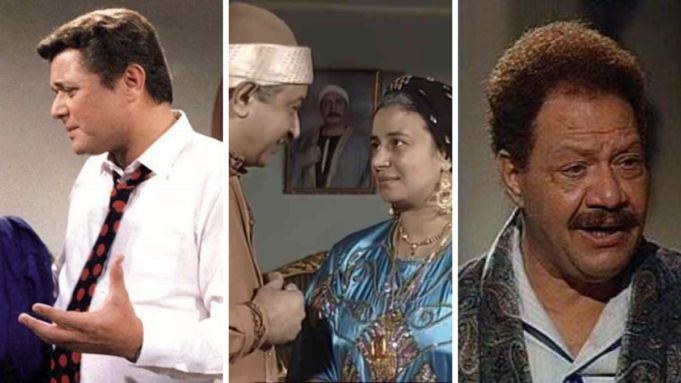 Hey, do you know how Egyptian TV shows rarely impress us these days? Don’t try to make excuses. While a few TV shows have stepped their game up, most shows are…well, bad. No, wait. Maybe ‘bad’ isn’t the right word. How about ‘unimpactful’ and ‘un-iconic’? Fits better, right?

So, here’s the thing. Despite popular belief, there is a reason why nothing on TV impresses us anymore. It’s because we, as Egyptian viewers, have already been impressed a long time ago by the 90’s TV-scape. It was that good.

The rise of the Sa’eedi Drama

This may sound shocking, but brace yourselves: in the 80’s, Sa’eedi dramas were actually not everywhere on TV. They were, in fact, kind of rare. And guess, what came and changed that?

Sure, this might all be related to the wide-range cultural impact of classic Layali El-Helmeya but the 90’s took family sagas to whole new levels, dialing up the generational struggle to a hundred.

But here’s the thing. Despite the format of the “generational gap/dysfunction junction” being slightly repetitive, the shows never felt boring. They just didn’t because other than the familial aspect, the storylines themselves were actually interesting.

Okay, before you say this is literally what actresses are doing these days because everyone flexes their wardrobe on camera, there’s one large difference. 90’s fashionistas, like Shereen Nasr, picked out their outfits on their own and you could tell.

And not only that, but things they wore actually translated well into what everyone was wearing at the time, meaning they had a significant pop-cultural impact.

While this may not relate to Egyptian TV itself, our TV channels managed to secure some dubbed overblown, exaggerated TV shows from all around the world so we can indulge in some good old-fashioned drama.

And, this actually impacted us more than we’ve ever known. See, we believe this directly led to the next point in this article.

Did you really think you were going to read an article about 90’s Egyptian TV without Ahmed Abdelaziz being mentioned at least once? He was the It boy of the decade and since we’ve all seen scenes from his shows, we know why – he overdid everything that was capable of being overdone and introduced over-acting to our screens!

Honestly without his presence, the 90’s would have been a little dull and not nearly as iconic. Plus, we honestly can’t ignore his impact on the moustache game.

Is there a decade that is more iconic?