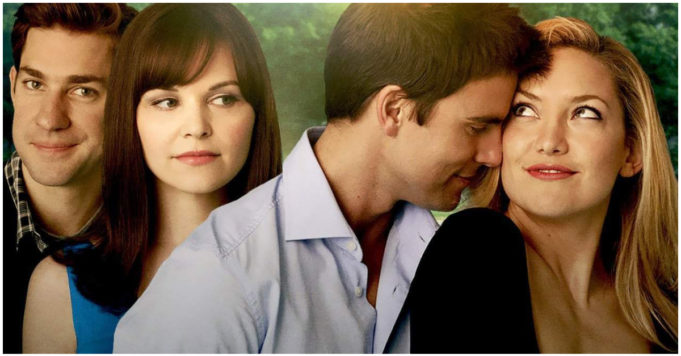 You already know all about this, don’t you? Anyone reading this would at least have an idea about what it’s like to lose a friendship over a relationship or vice versa. Even if it never exactly happened to you, well – we’re pretty sure it at least happened to people you know.

And that, unfortunately, goes back to how common it has become to give up on one relationship for the sake of the other due to some really ridiculous reasons. It’s like we find enjoyment in making life harder for one another. However, in some more serious cases, the reasons are not at all ridiculous – just painful.

We talked to four different girls who told us their stories and we’ll leave it to you in the end to tell yours and voice your opinion about the matter.

“I’ve honestly always felt a bit insecure, especially in comparison to my best friend. And even though there were no specific signs, I always had a feeling that my significant other is sort of crushing on her. And when I confronted her about whether or not she has feelings for him, she got offended and hung up on me. I later got into an unrelated silly fight with my boyfriend and thought it would be better to break it off so I wouldn’t feel like this and be able to reconnect with my best friend again with no worries.” SI*, 22.

In this story, we can clearly see that the problem was insecurity and nothing else. It wasn’t about a cheating boyfriend or best friend, as far as we know – it was mainly centered around trust issues, which are very common.

“My boyfriend and best friend never got along. From the very first day, she never liked him and thought I deserved better. And of course, she sensed from him, well – let’s say annoyance because hatred is a big word. But obviously, that affected both my relationships with them. Between trying to convince her and hiding from him the fact that she doesn’t like him; I ended up gradually losing both from the pressure of trying to please each of them.” Nouran*, 23.

Let’s just make one thing clear about this. When your boyfriend and best friend don’t get along, you’re not obliged to please either of them. You’re also not at all obliged to feel torn apart all the time because they’re a couple of babies who cannot act like grownups and civilly interact with one another.

If they both really loved you, they would’ve found a way to get along for your sake – instead of giving you anxiety and indirectly forcing you to choose between both of them.

“My story is honestly the very common and classic one. Basically, my best friend of 11 years and my almost one-year boyfriend cheated on me. And I had to find out about it on my best friend’s birthday. After I surprised her with a box of self-care gifts, chocolates and some love letters; she burst in tears minutes later (out of guilt – I believe), apologized and showed me the exchanged texts between them. They’ve been straight-up flirting for three months. Needless to say, I broke it off with both of them – and even though both have tried reaching me for too long now, I just never let them hear from me again. To be honest, I’m still kind of processing the whole thing because I never once doubted either of them or suspected anything.” Yasmine, 22.

Well, like she said, her story is, unfortunately, very common and classic. And this is just sad. It’s sad how neither of them could’ve had one ounce of self-respect to either come clean earlier or just not cheat on her. Both are just terrible people and no amount of excuses could ever forgive that.

We think the only reason her best friend really confessed is that she felt so much guilt after seeing how much she loves her and how far she’d go to make her happy on her birthday. What a shame.

“I’ve gladly lost my best friend over my relationship, and I’m not even ashamed or sad about it. I’m just thankful I found out about how she was getting too close to him behind my back through texts and call log proof presented to me by him. And when I confronted her, she tried to make it seem that she was just trying to befriend him for my sake. But turns out she had feelings for him, even before we got into a relationship but never told me. I still can’t understand how someone could be so low.” RA*, 21.

Most of the time, we hear about how some cheating boyfriends try to pursue their girlfriends’ friends. But this time, as you just read, the situation is reversed. So long the whole concept of “Sisters before misters“.

In a lot of cases, women are often blamed for choosing their boyfriends or their relationships, in general, over their friendships. But this time, it’s a whole different story. And unfortunately, like many others, this too has become very common.

Let us know in the comments what you think of those stories and how you would’ve reacted if it were you. Have you ever faced a situation where you had to choose between your significant other and best friend or lose both for any reason?