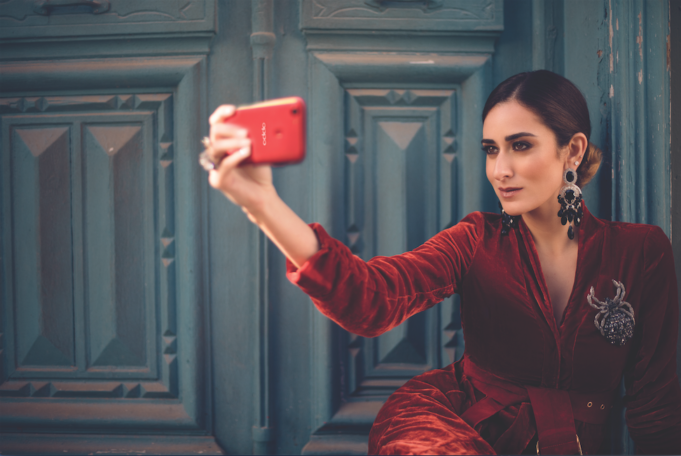 Shinning in the Egyptian entertainment industry, while touching the hearts of so many people sometimes take an artist an entire lifetime, however for Amina Khalil it was hard work and genuine devotion that made her the star she is today.

Amina was chosen by OPPO – a company that focuses on natural beauty and simplicity – to be the face of their new F5 phone.

We had a chance to have a little chitchat with the rising star during her photo shoot with OPPO about her career, characters, collaboration with OPPO as well as her dreams and future plans.

Born in 1988, Khalil always had a passion for performing arts, which she pursued and earned a Bachelor’s degree in Theatre and Art from the American University in Cairo in 2009. “I’ve always wanted to be an actress. It’s such an amazing opportunity that through creating a character, I am able to live other people’s lives, happiness, pain, and experiences.” 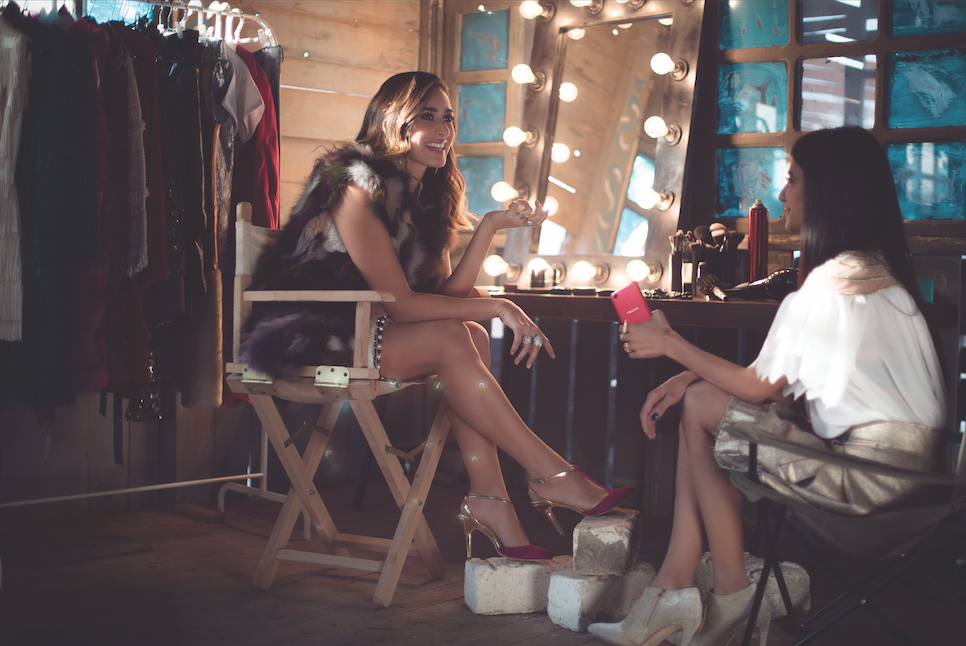 Amina Khalil on screen becomes one with the character she plays, which only reflects the amount of work and effort she puts into the finest details, and shows us that acting is merely a job but a true talent. “I just try to be as truthful as I can to the character’s life, and from that starting point, I try to be as genuine as possible under those circumstances. When the character starts coming to life in the scenes, I start seeing her, feeling her, knowing her better, and then within a scene you make choices according to the inner truths of that character.”

Even playing a seemingly controversial character like Ingy from “La totfe2 el shams,” people of different opinions and views were rooting for her. “Ingy found her peace in untying herself from all the men that had caused her pain and that she chose for all the wrong reasons. she was finally able to learn that she needs to grow and find stability on her own. It was a genuine ending for her character at that time, but that doesn’t mean she will be alone forever.” 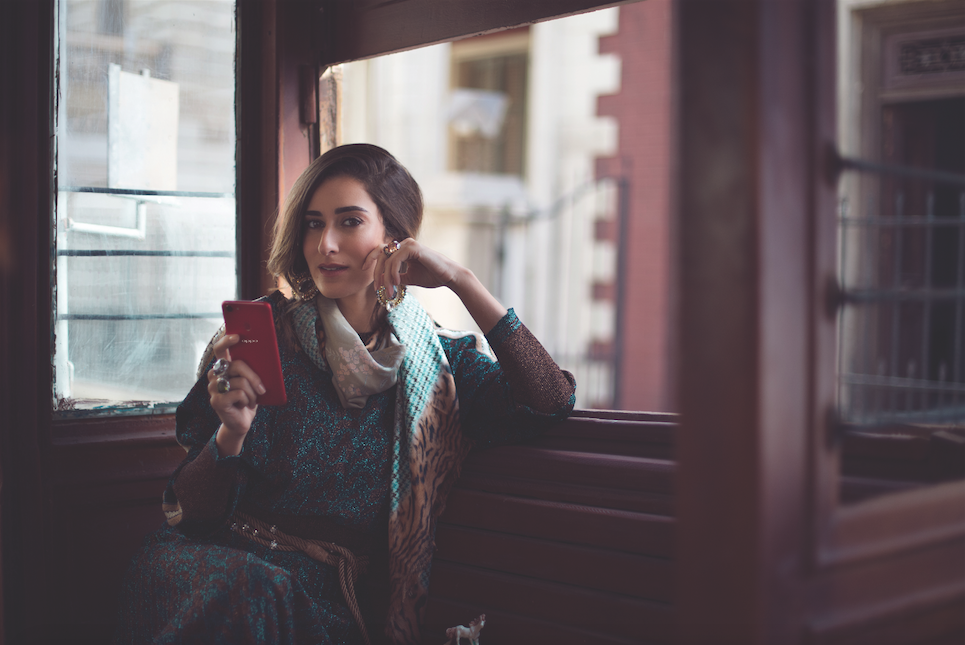 While acting might be Amina’s forte, she surprised everyone with her collaboration with Zap Tharwat and Sary Hany for the hit song Nour. “The success of this song was a surprise to me. I’m glad it was able to touch as many people as it did.” The song truly managed to capture the real Amina, which leads us to her collaboration with OPPO, a company that promotes “Capturing the Real You.”

Behind all the glam and glitz of being a celebrity, Amina is just a simple girl who enjoys the little things in life. “When I want to run away from the world and forget about being a celebrity, I love to go to the beach, kitesurf, surround myself with my friends whom I love and eat lots of yummy food.” 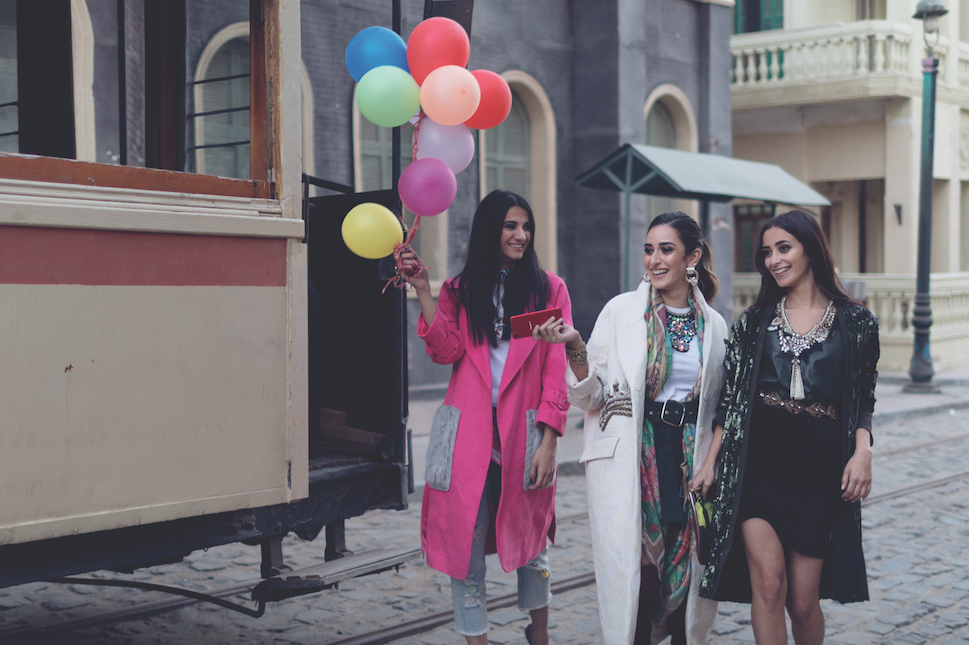 With that being said, technology has become undoubtedly a pillar of our lives. “I am very attached to my phone because it functions as my organizer, my entertainment system and my means to connect with everything and everyone. There’s an app for everything now, so if you don’t kind of accept that technology is taking over and keep fighting that, you’ll probably end up left-behind in a very fast-paced world.“

Naturally stunning Amina, who is also a firm believer of how inner beauty is key for self love made sure to deliver that message out loud at TEDx Egypt talk promoting self-acceptance.

Khalil who is into photography and selfies chose to be the face of OPPO F5 phone. The OPPO F5 is the first phone in Egypt with Artificial Intelligence Beauty Recognition Technology; a new technology that identifies shapes and facial structures based on a global database conducted before the product launch from different faces and different races across the globe, emulating skills that help selfies look more real and natural. “I think artificial intelligence is a brilliant technological advancement. Learning and problem-solving applications are I’m sure helping so many people around the world. AIl in selfie-camera photography works well for the girl-on-the-go who doesn’t have time or experience in editing pictures for social media. So it really depends on how you make it work for you.” 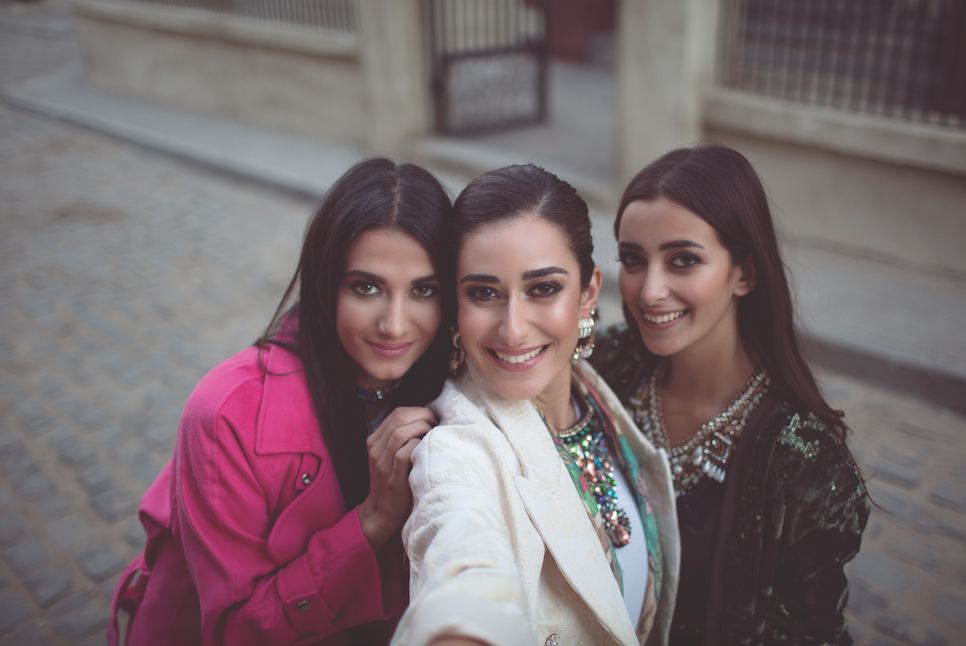 “I think if filters are used within reason they can help a picture look better, but if taken to an extreme can look really weird and fake. I think that the media has unfortunately over the years tainted our vision of what true beauty is, but recently a lot of celebrities have begun to promote a much more natural and effortless look in the hopes to help boost young womens’ confidence and self-esteem and to help them understand that we are all people at the end of the day. The OPPO F5 has a break through camera which promotes the “Capture the Real You” concept because it has a very natural filter. I’m really enjoying exploring this new phone.” Said Amina after experimenting with her new Oppo F5

With our little chitchat with Amina coming to an end, we couldn’t leave without asking about her new projects and what she’s up to these days. “I’m working on two new films, one is a drama with Ahmed Daoud and Tarek Lotfy, the other is a comedy with Tamer Hosny and Akram Hosny. I’m liking how different they are, and I’m really enjoying working on them.” 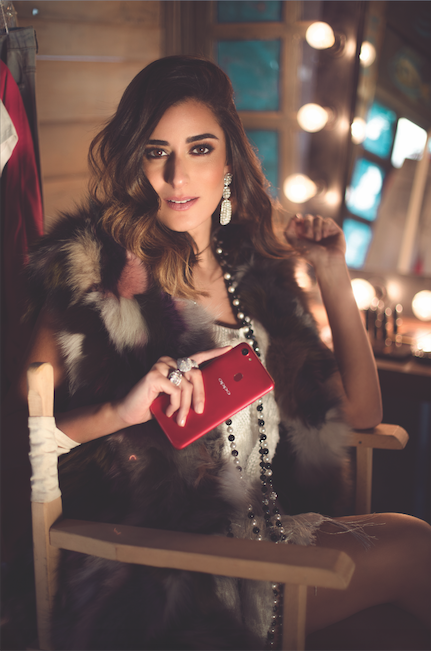 For Amina, her future looks promising and that the sky is the limit.

As a multi-talented celebrity, We asked Khalil if she would rather win an Oscar or a Grammy award, and she replied saying: “Since we’re dreaming, I dream to win both!”