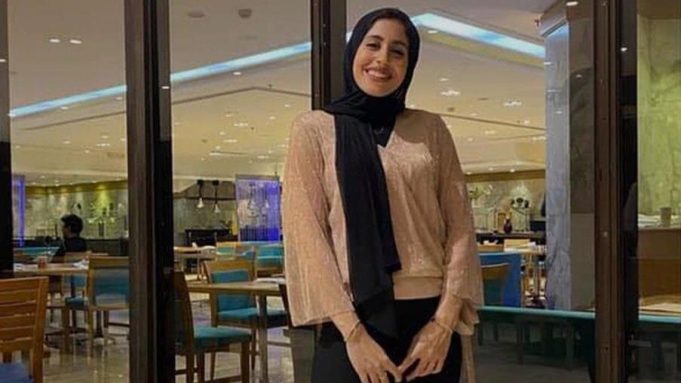 Update: Police forces succeeded in arresting two of the criminals and the search continues for the third. Once the security cameras from the street where the accident took place were unloaded, it was only a matter of hours until the criminals were found.

Yesterday, we all learned about this horrifying accident that shook us to the bone. Mariam Mohamed, a girl in her early twenties, lost her life over what seems to be a duel with some male strangers with a car.

It was reported that these men tried to steal her purse or worse; sexually harassed her – both verbally and physically. However, we now know for a fact it was a robbery attempt after the Public Prosecution’s Office issued an official statement.

And in a desperate attempt to get out in one piece, the victim fought back but her purse – which she was holding on tight – got stuck to the moving car’s front mirror. Leading to her death as she was caught under the wheels.

No further details have yet been disclosed. But we do know that this horrible accident won’t be taken lightly as authorities are already on the hunt for the murderers whose faces have been caught by the security cameras around the crime scene.

Sexual harassment or a robbery went bad, this terrifying accident means one thing and one thing only. THE STREETS ARE NOT SAFE FOR WOMEN. This happened to a girl because street crimes always happen to women.

We wouldn’t be taking it too far if we said that the issue here stems from patriarchy and misogyny. Men out there walk around thinking they have control over women on the streets; leading to harassment, kidnapping and verbal assault.

Finally, we would like to thank the Egyptian Police for the fast response and the action taken, so far. But we would also like to call out the authorities to activate strict laws in favor of women’s security on the street from all kinds of perpetrators, effective immediately.