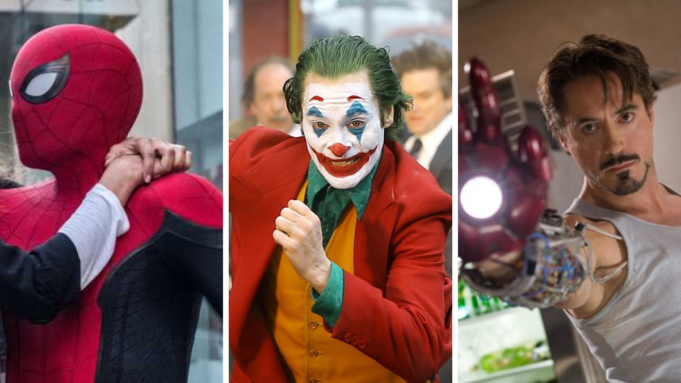 Recently, renowned director Martin Scorsese mentioned that he doesn’t watch anything superhero because he doesn’t think that’s cinema. Naturally, this led to an all-out debate, with actors like Samuel L. Jackson and Robert Downey Jr. speaking out as well as several others.

Now, we know that everyone’s entitled to their opinion and that tastes are different, but is Scorsese actually right about superhero flicks? Are they really the death of modern cinema?

Why Do Superheroes Dominate The Box Office?

Superheroes in films aren’t exactly a new thing. We’ve had them ever since the 50’s, though they’d admittedly faded and came back every few years.

In the last ten years, moviegoers have witnessed about 24 superhero-oriented films from Marvel alone. Last summer, there were 5 such projects all competing for our attention and, well we’ve noticed.

We’ve noticed because there isn’t anything else to really compete. Sure, there has been a horror resurgence over the last two years, but compared to the comic-book film numbers, the gap is quite noticeable.

Superhero franchises like Spider-man, The Avengers, and Nolan’s Batman are among the highest-grossing movie franchises of all time.

That’s an unbeatable number and the studios know it, which is why the majority of their focus goes to superheroes.

It’d be the height of unfairness to say that superhero films have ruined cinema, when they actually kind of saved it.

At a certain point, the market had been saturated with Rom-Coms and comedies and dramas so we all needed a change only a newer genre could bring about. And it did.

Because of superhero films, we have improved methods of storytelling, compelling narratives and personal journeys. Not to mention the character-driven plots that are far stronger and more engaging than a large chunk of dramas, which is something that even those who aren’t fans of superhero films agree on.

The Actual Cons of Superhero Flicks

Sadly, there is no smoke without fire, though. Superhero films have their faults in that they can be repetitive and trope-filled in a bad way.

Sometimes, even the formula used isn’t in the best interests of the story because it won’t make relative sense. That isn’t just a personal opinion or a hot take, it has actually been supported by movie reviewers from time to time.

Acknowledging that a genre has its faults doesn’t mean that that genre is awful and beyond help. And, although it helps, no one has to be a certified New York Times critic to have a valid opinion.

Sometimes, viewers just get tired of something for no solid-ground reasons and that’s perfectly okay.

Yes, Cinema Is Kind Of Suffering But It’s Not The Superhero Flicks’ Fault

Scorsese and other directors who have criticized superhero films aren’t wrong. Cinema is suffering and we all know it.

For one thing, there’s a disturbing lack of any content that isn’t an adaptation or a reboot. For another, the studios focus on making a quick buck than any artistic integrity.

The industry has a million other problems we don’t have the time or space to mention, but we can promise you not one of these problems are about the superhero genre.

Simply because this is the time for superheroes, just like before was a time for action flicks, comedies, and animated hits. Will it run its course anytime soon? Well, we can’t be sure but what we can guarantee is that it’ll be different because like any movie genre, it’s already refining itself and being more and more innovative.

Everyone’s entitled to their opinion, of course, but that doesn’t mean a whole genre can ruin an entire industry.