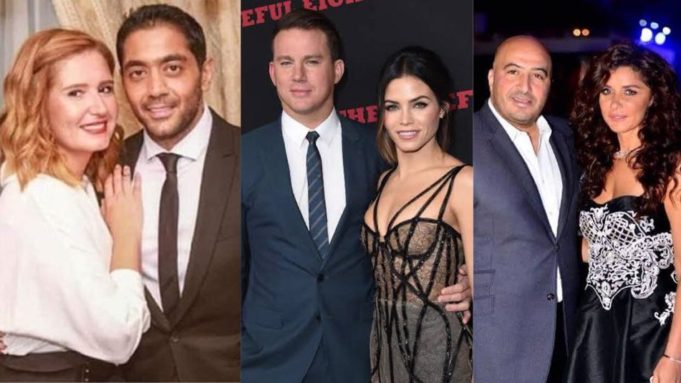 2019 surely wasn’t an easy year. Especially for couples. This year witnessed many splits among a lot of celebrities we love.

Some we already saw coming and some were just SHOCKING! Without any further ado, let’s remember together the hardest breakups of the year.

At the beginning of the year, we were shocked to learn that Ghada Adel and her husband for many years, Magdy El Hawary got divorced over unsolvable conflicts. The couple had 5 children together and were seen by many as the ultimate power couple!

As we all know, this relationship has been on and off for 20 years. But we finally heaved a sigh of relief when the couple tied the knot last year. Only to have them file for divorce 3 months later!

Earlier this year, our social media was full of hearts and butterflies over this couple’s cute pictures. They even posted the video of the intimate proposal. Few months later, Sharnouby announced they split up because she was abusing him! How scandalous!

Their split up was definitely a major jaw-dropping moment. After dating for so long, Hadid announced how she still has feelings for Zayn but they are simply incompatible. Despite his many attempts to make amends, they are pretty much done!

After collaborating in Naseby W Esmtak, the duo fell in love and got married shortly; only to be divorced months later. Hana’s recent statements refer indirectly to how she felt she wasn’t having enough space and was asked to compromise a lot!

This one couple sure raised a lot of questions and controversy. A year after their marriage, rumors claimed they had a divorce. But, they appeared together at El Gouna Film Festival red carpet and we’re still not sure what that means.

After a marriage that lasted for 20 years, the actress quietly got a divorce that not many knew about. It wasn’t until her husband was remarried to another fellow actress that got everyone talking. And who wouldn’t? Given the cat fight the two ladies pulled on social media!

As Step Up fans, we were just sad this duo didn’t make it. In a recent statement Jenna said she felt this marriage dynamic of 10 years was turning into hurting and they had to act quick for the sake of their young daughter.

Which couple was it hard for you to see split this year?