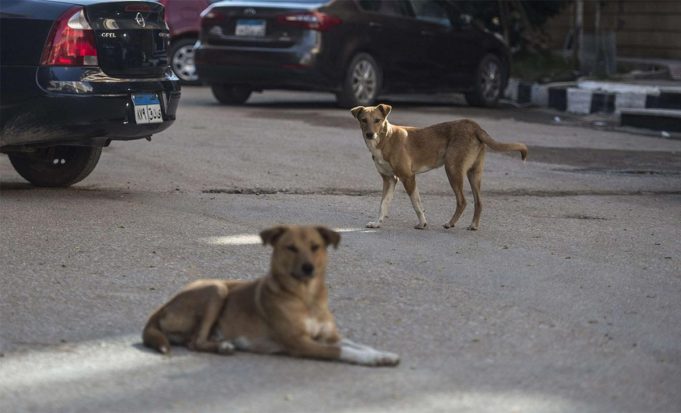 The video was also featured on the talk show “90 Minutes” on El Mehwar channel.

After the video started to spread on social media, people were able to identify the location where the video was shot as the area around one of the brick factories in Abo Sa3ed region in Helwan, Cairo.

Naturally, everyone was absolutely appalled by the disgusting and graphic content of the video!

How could anyone not?

People even started requesting the entire Chinese community be schooled on the importance of respecting the values and traditions of our community.

However, the Chinese have always been a part of our community and this kind of behavior has never occurred before. So this is a singular case in which the people in the video are the only ones to blame.

Animal rights activists, in particular, were extremely angered by this incident. They started campaigns on social media demanding the authorities to take immediate action against the criminals in the video. Since not only does this kind of behavior contradict with every religious and humane view ever, it is also ILLEGAL! Which is what Agriculture Ministry spokesperson, Dr. Mohamed EL Kersh, confirmed in his phone conversation with “90 Minutes” talk show.

“Dealing with the issue of stray dogs does not only fall on the shoulders of the Ministry of Agriculture. It is a shared responsibility between several parties in the community,” stated Dr. El Kersh.

He then proceeded by asserting that our entire civil community is partially responsible for this issue and should be a part of the solution, as well.

He also confirmed that Law number 35 to the year 1966 states that it is punishable by law to show any kind of cruelty to stray animals or animals, in general! The workers shown slaughtering dogs in the video should, therefore, be arrested and punished according to Egyptian law.

At least this way we can guarantee they will set an example to anyone who thinks they can treat stray animals with such cruelty and inhumanity and get away with it.

No ignorance can be played here; this kind of behavior has been clearly redeemed unacceptable in our society last year when there was talk of exporting stray dogs to dog-eating countries for consumption, and EVERYONE was against it!

Not that the fact that “it is not okay to murder and eat dogs” needed explaining!

If you want to be a part of the solution to this problem and do your part in saving stray animals from such cruelty, you can find what you can do to help here.