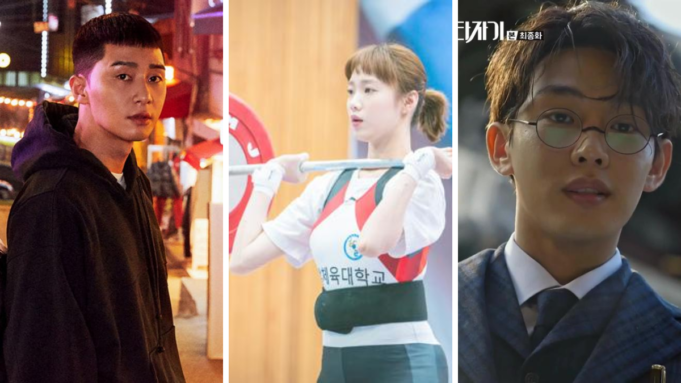 Sometimes, you’re just bored with all the shows you watch. Everything’s either too gritty or too sitcom-y and it’s all more of the same old, same old.

And that’s fine, that happens. You can get fed-up with your American shows and you can become bored with the British, but that’s okay because there’s this one underrated show-category you’ll need to check out:

K-dramas. Yes, the ones you see from all those context-less screenshots.

They’re really that good, but that landscape can be a little overwhelming. So, here are the best shows to get you started!

A show with an eclectic weightlifting protagonist and a roller-coaster of a story, Weightlifting Fairy is the perfect show to introduce you to the landscape of Korean TV shows!

You will laugh and you will “aww” and it’ll be the light, if slightly-melodramatic viewing you need!

If you’re looking for a heavy dose of nostalgia, look no further than Reply 1988. Set in the 80’s, obviously, this show brings it all together.

From family drama and nostalgia to a lot of 80’s influences to the simple life way back then. And trust us, when you finish this one, you’ll be stuck on it for a while.

We’ll admit it. This one is rather throwback-y but this is just the reason why we’ve put it here. Many of you remember this one, if you squint.

Remember when the Korean drama wave hit MBC-4 a few years back? This one was among the first and it set up the stage for a lot of today’s shows. Yes. Emo haircuts and all.

Relatively new to the scene, Itaewon Class tells the story about a man set on starting up a bar/restaurant in downtown Seoul. Oh yeah, and he’s also looking for revenge for his dad.

Interesting? Yeah, well get this. This show is among the first to discuss a number of exclusive topics that most shows tiptoe around. You’re in for a treat.

A show that is as interesting as it is gripping, Misty shows us the story of a successful female anchor who’s past her prime with problems and enemies at every corner.

And it doesn’t stop at that. There’s also a little murder mystery going on and honestly, this show just makes it work.

A story about struggling writers, reincarnation, and a friendship that literally transcends lifetimes; this show is interesting and mysterious for all the right reasons. And we’re not even talking about the aesthetics here. The style speaks for itself!

Also known as The Great and Lonely God, Goblin is a slice of good old-fashioned fantasy. Yes, there’s reincarnation and literal ancient gods.

Yes, there’s a fantastic love-story (get it?). And yeah, by the way, you’ll love it and you’ll probably cry about it.

Get your watch-lists ready!