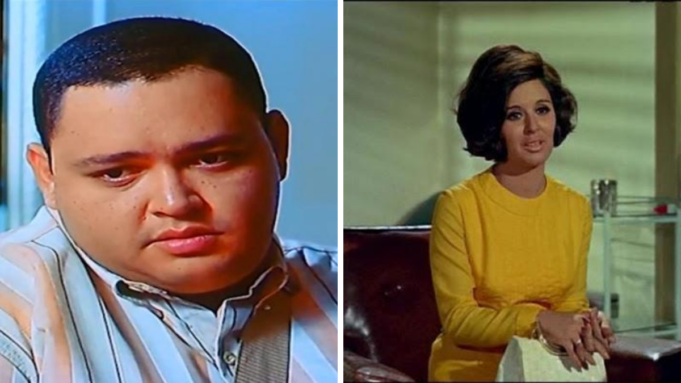 We all know representation is important. Whether it be gender-related or not, seeing yourself portrayed on screen in a good light is frankly kind of amazing. But here’s the thing — not all kinds of representations on screen are…good.

Yeah, some of the people Egyptian media represented have been portrayed in a harmful or even borderline wrong light. Need an example? Well, how about literally anyone living with a disorder of any kind.

And if you’re curious, well, here are some myths Egyptian TV shows and movies told us about the people living with these disorders.

Okay, so a lot of us have internalized this tidbit from a lot of Hollywood movies and Egypt’s El-Torbeeny. And, yeah, none of these movies got it right.

See, autism is a spectrum so not everyone who’s on that spectrum is exactly the same like everyone else on it. Some people with autism do need extensive care and some can be perfectly independent and others might need minimal help — it’s not a black-and-white area, unlike what movies tell you

Myth 2: All people with autism are unnaturally gifted

If you haven’t seen Rain Main, then you’ve probably seen Egypt’s shameless rip-off of that movie, El-Torbeeny. And here’s something both these movies have.

A person with autism who is basically “super-powered” in certain fields, perpetuating the stereotype that everyone on the spectrum is extremely gifted in fields like mathematics.

And here’s the real deal: only 10% of people on the spectrum are gifted like that, so that’s a pretty slim number. The other 90% are literally just like their neurotypical (read: without autism) peers and that’s perfectly fine!

Myth 3: Certain disorders can be “cured”

We don’t want to bring Soad Hosny and Ihsan Abdelqudous into this, but as good of a movie as Be’ir El-Herman was, it’s largely harmful.

We won’t get into the finer details of Dissociative Identity Disorder, but by the end of the movie, Soad Hosny’s character who has been living with it for years gets “cured”. And that just doesn’t happen in real life.

Time for some unfortunate truths. Mental illnesses cannot be cured. Yes, this feels heavy to read but with therapy, people can minimize symptoms and live relatively well.

Myth 4: People with epilepsy can swallow their tongues

Strange, isn’t it? This is by far the “fact” people think of at the top of their heads, when you mention epilepsy — that they have to put something in people’s mouths when they experience seizures. And that’s not only wrong, but actually harmful.

See, according to websites specializing on epilepsy, people just don’t swallow their tongues. It doesn’t happen. Here’s what does happen when you shove something into a person’s mouth during a seizure, though. You can injure this person’s mouth or jaw.

You can literally see this in every single movie set in an asylum or “el-khanka”. Everyone in places that specialize in treating mental disorders are automatically assumed to be violent, which is obviously false.

More often than not, people in asylums and wards are actually at a risk of being abused because of their vulnerable states.

Can you think of a movie or a show that has given these people justice?