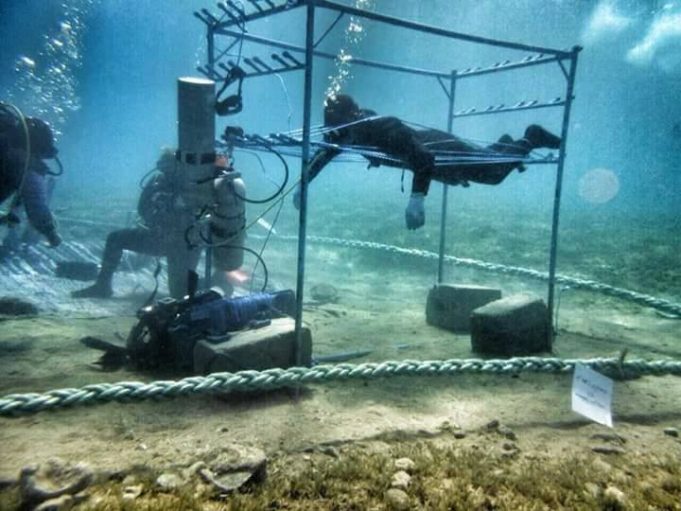 Egyptian Diver, Saddam El Kilany, aims to break the world record for the longest dive in the world. Kilany has already accomplished the first 10 hours and is resting on a bed that is especially made for the event.

The dive will last for 120 hours; 5 consecutive days at depth of 6 meters under the sea, which will be followed by another dive that will last for 154 hours in Dahab. Kilany will be fulfilling all his basic needs, of eating and drinking, while he is under the sea with the help of the team he works with.

The team consists of 33 other divers, divided into 6 groups which will be helping him with his mission. The preparations and practice for the dive started in 2015, especially to assure that he will be able to eat and drink. There’s also a medical team that is available during the entire time of the dive, in case of any unexpected setback.

The main purpose of the dive is to show that Sinai is safe. Using his passion, Kilany is trying to prove to the world that Egypt is safe. It’s such a great way to promote for tourism, as well as challenging oneself and the whole world.