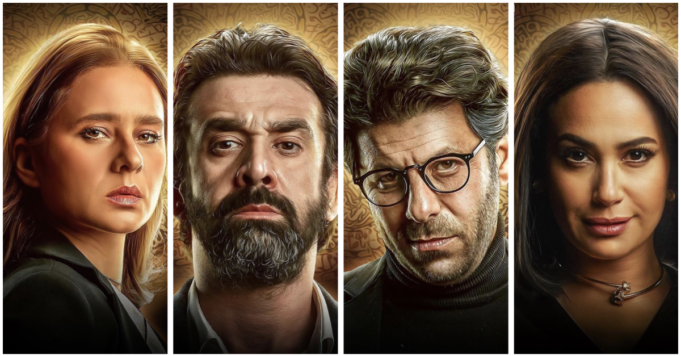 Just like the rest of you, we were losing sleep over the fact that the release date of “El-Fil El-Azrak 2” was nearing. And now that it’s finally here; we were so quick to jump to the nearest movie theatre to see it.

After taking in all the mind-blowing events and forming a solid opinion, here’s a full review on the 2nd installment of the long awaited movie:

“El-Fil El-Azrak 2” – if you don’t already know – is the 2nd part of the movie that was released in July 2014. The film starring Karim Abdel Aziz, Khaled El-Sawy, Nelly Karim, Lebleba, Mohamed Mamdouh and Sherine Reda; was based on Ahmed Mourad‘s book with the same name.

Needless to say, back when the book was released, everybody was basically losing sleep over it. And when it came to life on the big screen through Marwan Hamed‘s eyes – as expected – it took everyone’s breaths away.

This time around, unlike many unnecessary sequels to great movies, “El-Fil El-Azrak 2” was really mind-blowing. Starring the same cast – with the brilliant addition of Hend Sabri and Eyad Nassar -, written by original writer Ahmed Mourad and directed by the stunning Marwan Hamed.

While the first movie revolved around an alcoholic psychotherapist who was going insane trying to treat his old love life’s brother only to be met with “Nayel“, the stubborn Jinn, this one goes way deeper into the origins!

The events of the story picked up from where we were left in the 1st installment. You get a glimpse of how Yehia and Lobna‘s lives are like – as a married couple finally -, five years later.

And let’s just say, although unfortunate, we love how realistic they were in making Yehia go back to his drinking habits. Because, considering what he’s gone through; quitting with no relapse wouldn’t have been realistic, at all.

The fact that they turned all of this around and made it about Lobna was actually nice. Yes, what happened in that movie was basically related to everyone in it. However, we finally got to know Lobna in a more personal way.

In the first movie, the history behind most of them wasn’t all that clear. But this time around, Lobna’s borderline personality was strongly addressed; her secrets were revealed. Including why she left her husband and how she almost killed her daughter.

How all of that related to Hend Sabri’s brand new role as “Farida” was stunning. When you see a movie and watch as the events unfold, you get pretty confused when things don’t relate to each other. 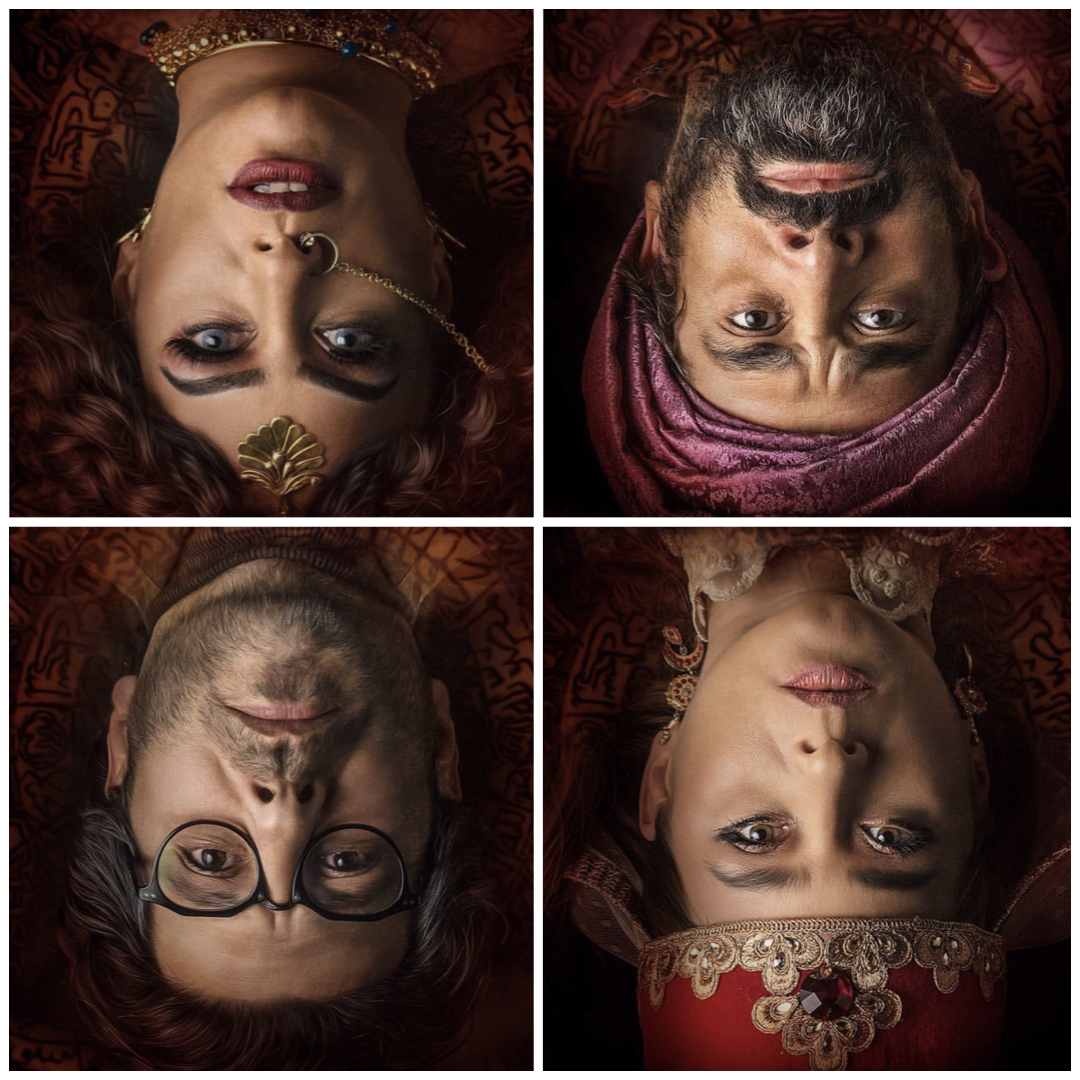 In this movie, they were keen on linking all the events as well as the characters together. For instance, we learn that Farida, the new patient in “8 West“, was a – not so good – but an old friend of Lobna’s.

But what links Farida to Yehia and why did she let the hospital that he quit 5 years ago call him in, after she slaughtered her whole family? Simply, because like what happened with Khaled El-Sawy’s Sherif: it wasn’t her, it was Nayel.

Yes, you read that correctly. Nayel wasn’t burned as Yehia – and basically all of us – thought. He was well and alive in Farida’s body! 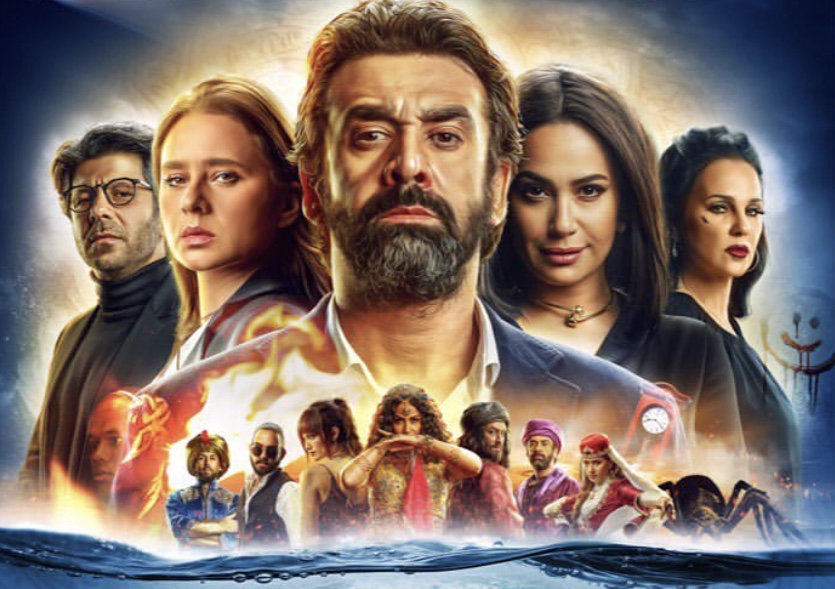 But that’s not even the best part; what we love the most about the plot this time is that we get to know all about Nayel’s origins, history and what it dates back to.

Nayel turned out to be a Jinn who is originally the protector of a magical/cursed mirror that belonged to a dark gypsy witch. And after he made her kill her family and herself; he became a curse that could easily touch anyone, at any age or era.

Which is what happened with Sherif and now Farida; who had this exact mirror at the house she unconsciously killed her family in. The fact that Yehia, once again, took it as a mission to put an end to this and solve the mystery was so nice to see on screen.

On another note, there’s one thing we still don’t understand. We’ve only seen Sherif in one scene. Which is the one where he tells Yehia that Nayel is still here. However, their dialogue also revealed that neither Yehia nor Sherif’s sister Lobna visit him, even though he was getting better. But we learn nothing about the reason behind that!

Like the first movie, the acting could really be our favorite thing about that whole series. For starters, to say that Karim Abdel Aziz did an outstanding job as Yehia is an understatement. And we could safely say that this is the best role he’s ever played! 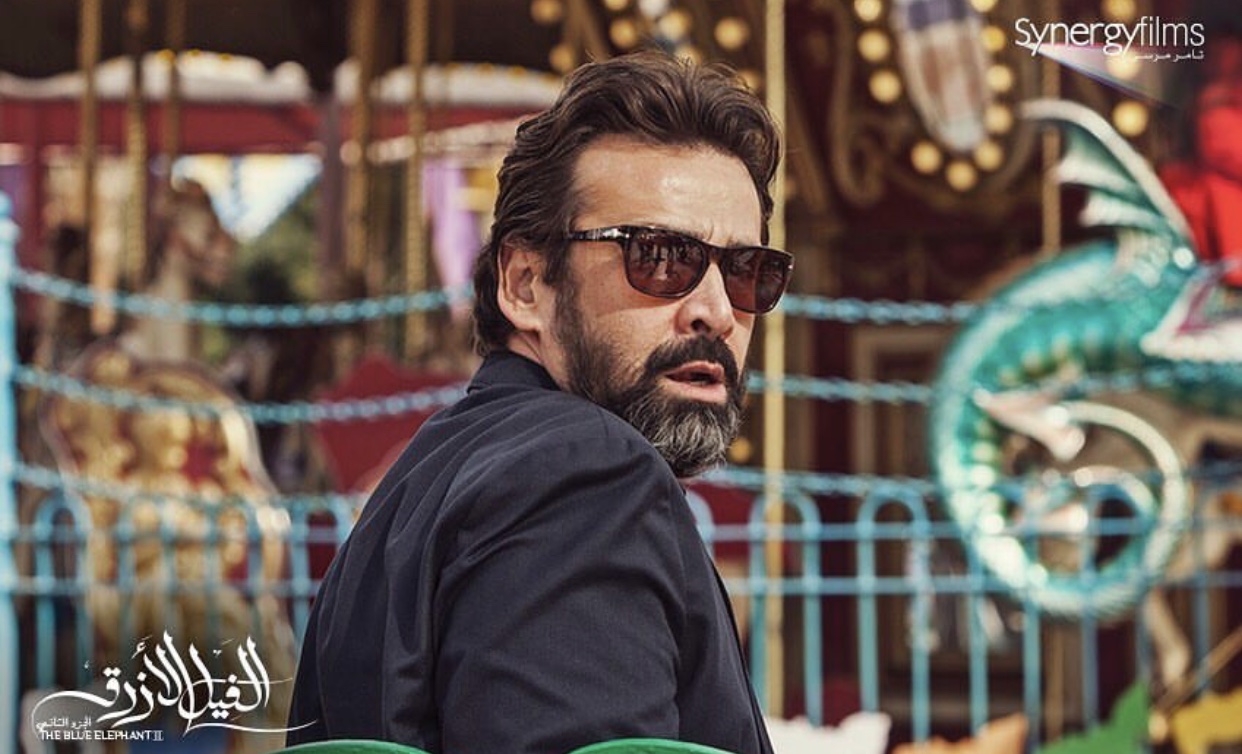 He outdid himself and pulled off Yehia’s sarcastic yet dark persona in a brilliant way. Even the way he spoke out the dialogues was effortless yet so complex and it embodied the whole movie’s atmosphere. 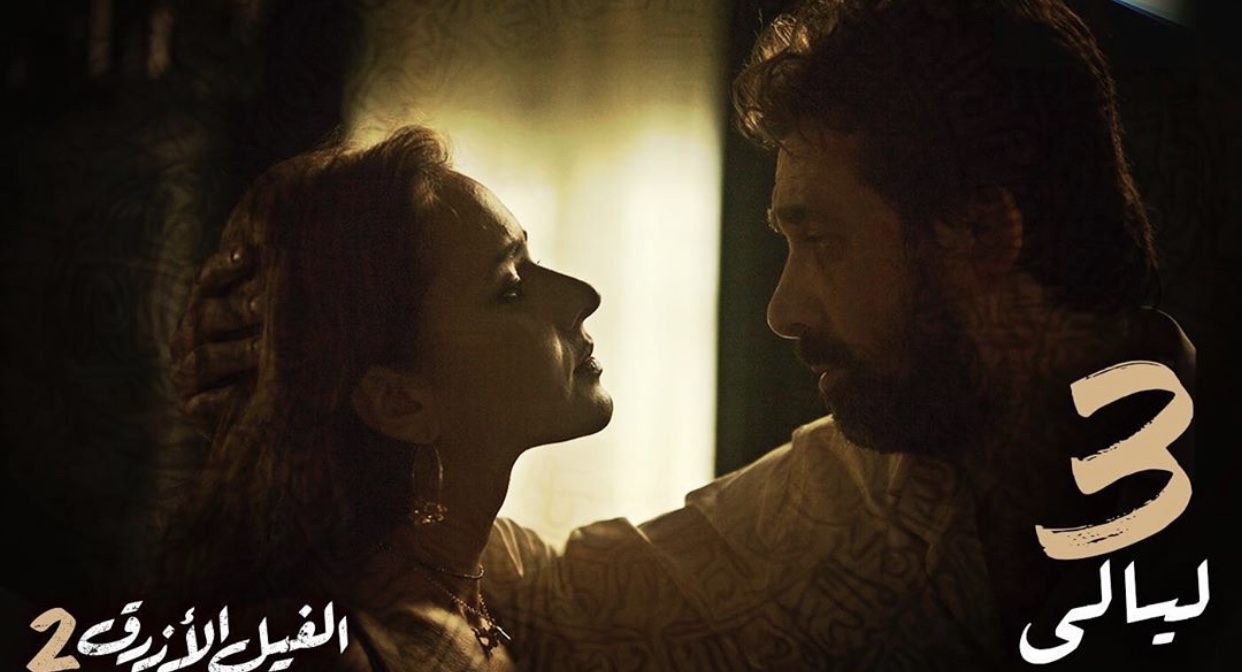 Nelly Karim was pretty solid. We got to see a whole new part of Lobna that we haven’t seen before, and she made us believe every scene like it was real life in ways we couldn’t imagine. She was playful, serious, nervous, dark; all at once!

We’ve just asserted that Abdel Aziz performed the role of his life. Well, it might be the same thing for Hend Sabri, honestly. She stole the show, to say the least! The way she made Farida absolutely scary is applaudable. 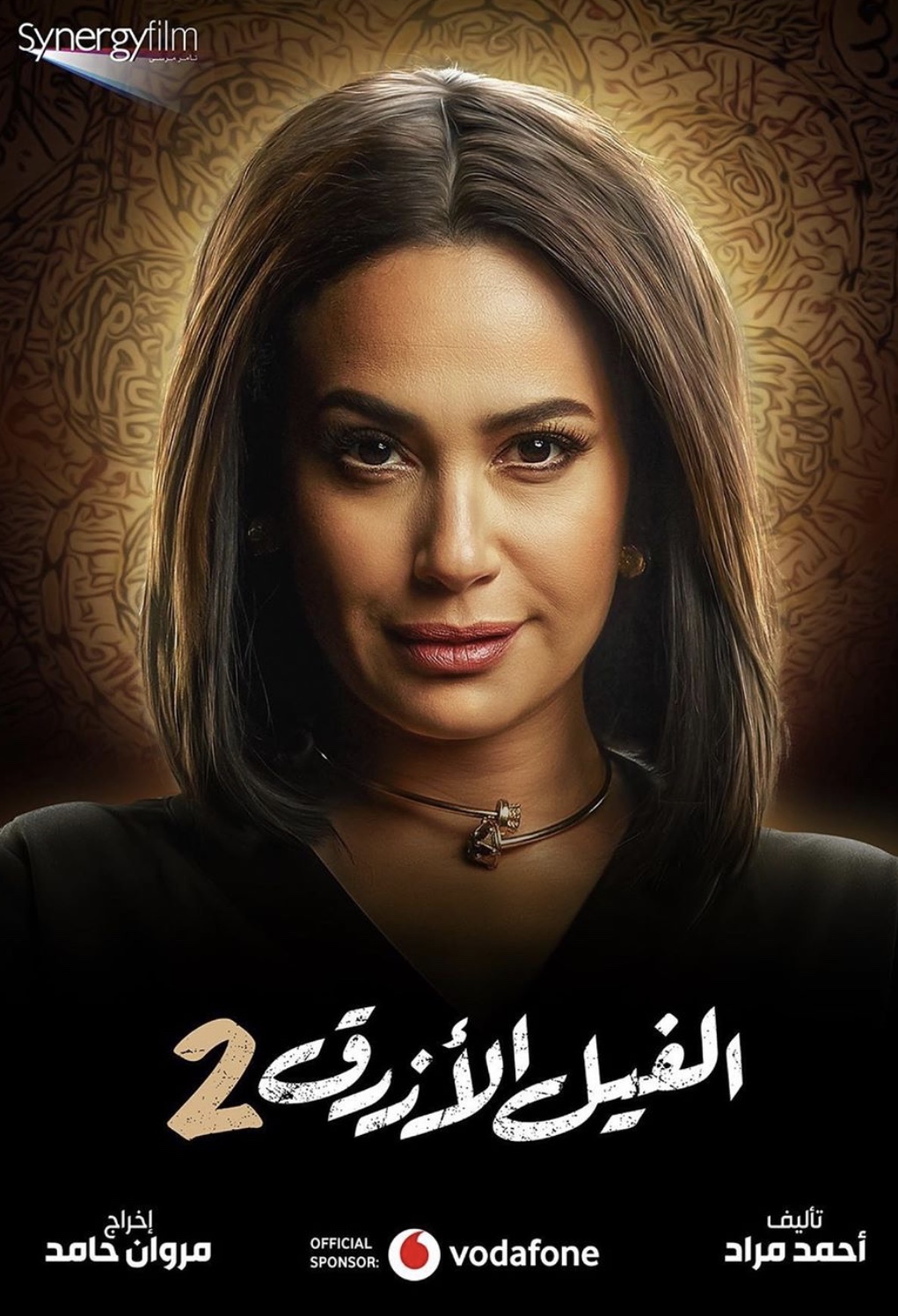 Not only that, but she also perfected how to scream, laugh evilly and have horrific eyes one moment; and cry her heart out like a scared little kid the other. Sabri – being Farida and Nayel at the same time – that’s in addition to the gypsy witch; embodied many characters at once. And we were stunned to see how she made it look so easy! 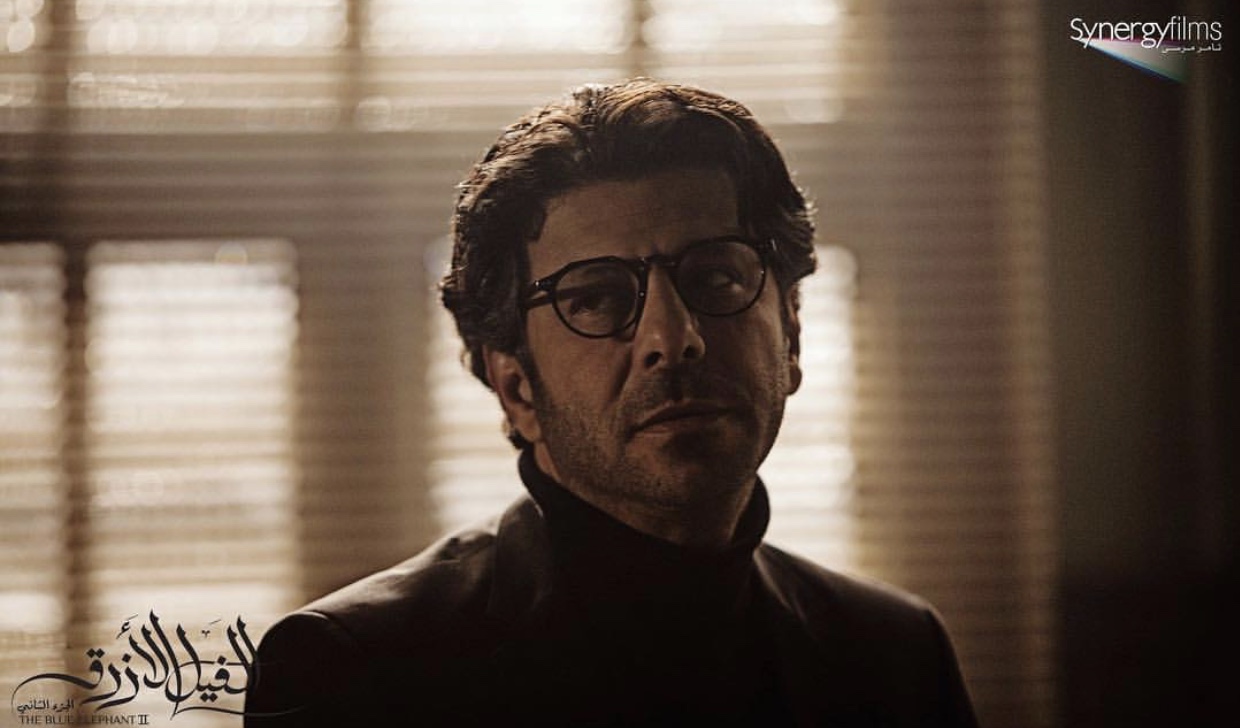 Even though Eyad Nassar was not present for a long time on screen; his portrayal of the new entry Dr. Akram was very important and critical. He delivered an amazing performance as he introduced us to the complicated, cold, and paranoid new “8 West” managing doctor. And we couldn’t get enough! 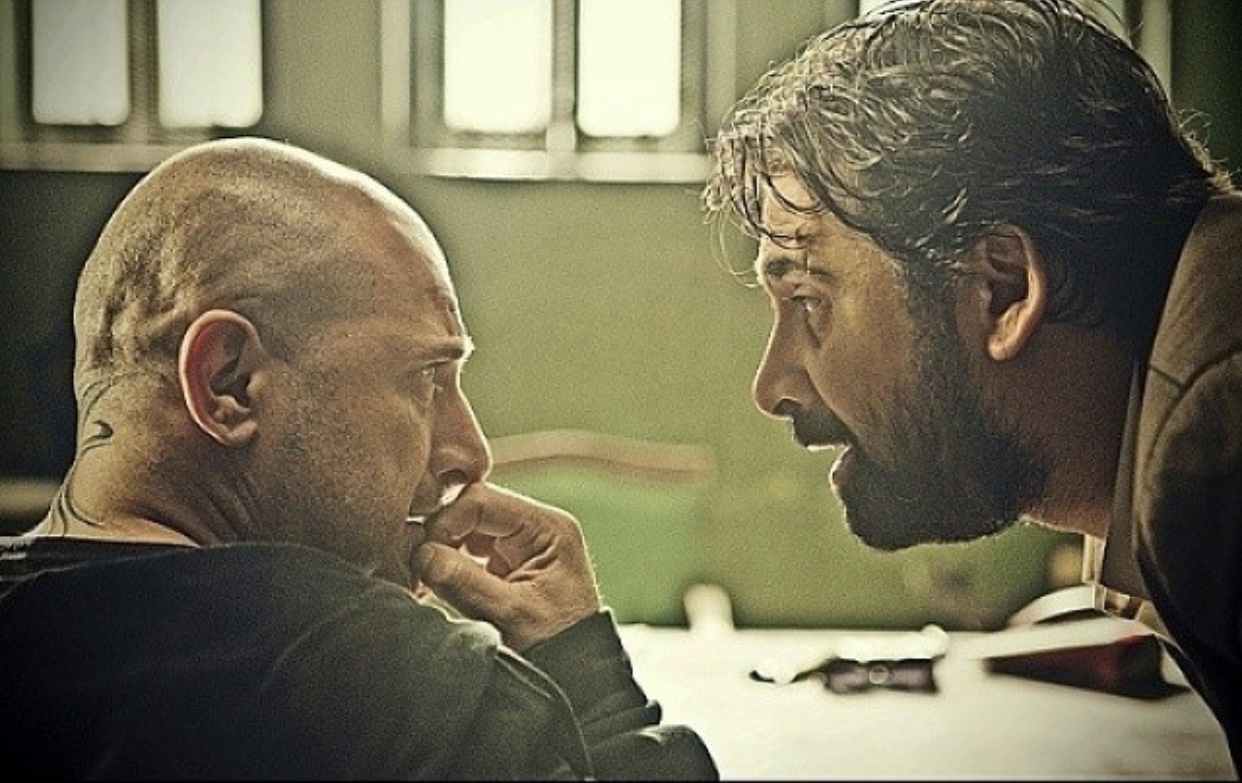 It’s true we’ve seen Khaled El-Sawy as Sherif in only one scene and a half this movie, however, that man has the ability to capture the whole room with a one-word-performance. He always does! 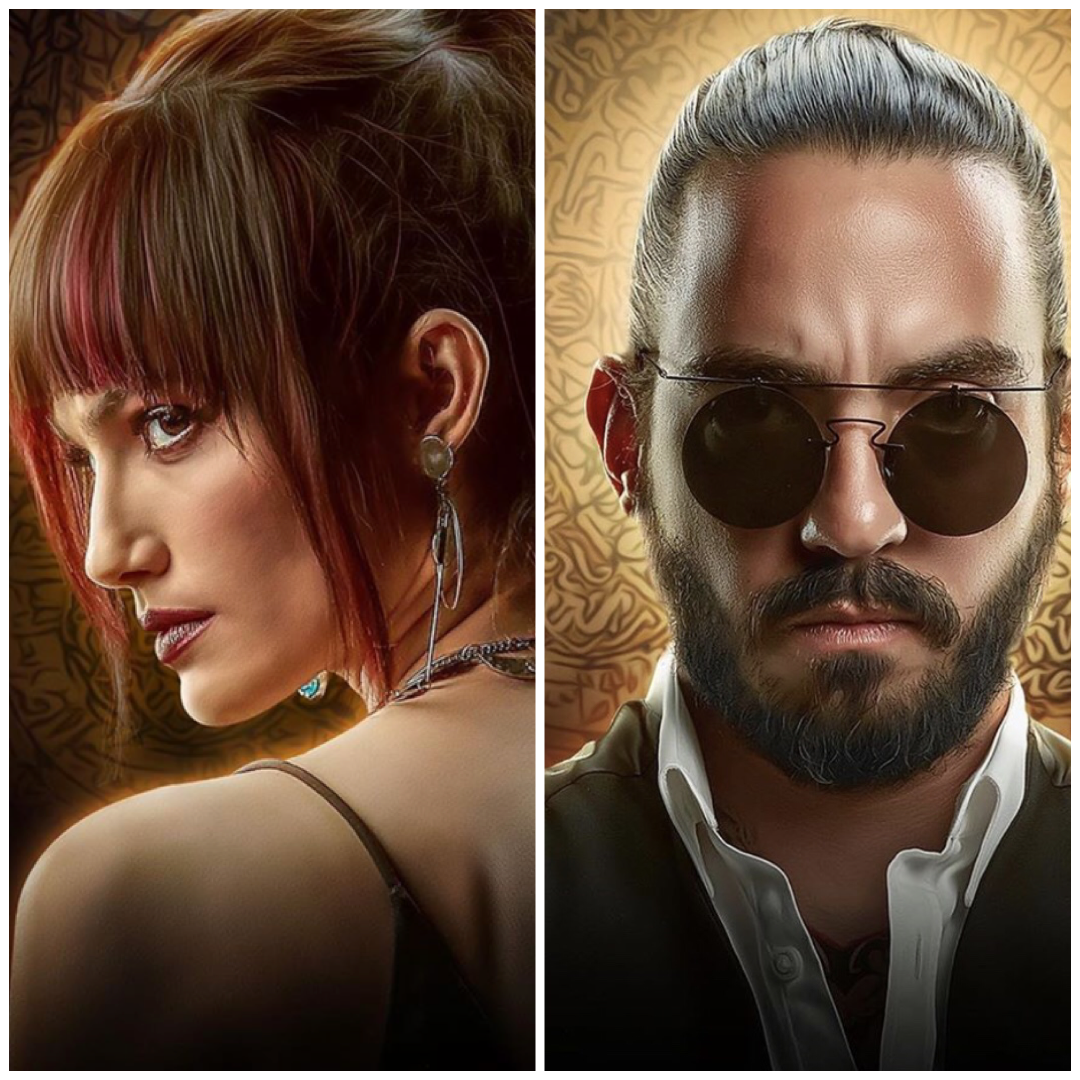 As for the new faces that only appeared for a few minutes on screen; from Marwan Younis and Ahmed Khaled Saleh to Tara Emad and Cairokee’s Tamer Hesham; they all did a great job in being a slight addition that actually makes sense.

The Movie’s Pace and Climax

We really did love the movie. However, although, in our opinion; the plot and storyline was much better – clearer – than the first, still, if we compare the pace; this one was much slower. For example, there were some scenes where we felt a bit bored.

Not at all because the events were uninteresting; but because the stoppage time and tiny fillers were moving in a slow pace that made us beg for more action. And don’t get us wrong, it was action packed; as in too many things were happening in a good way. 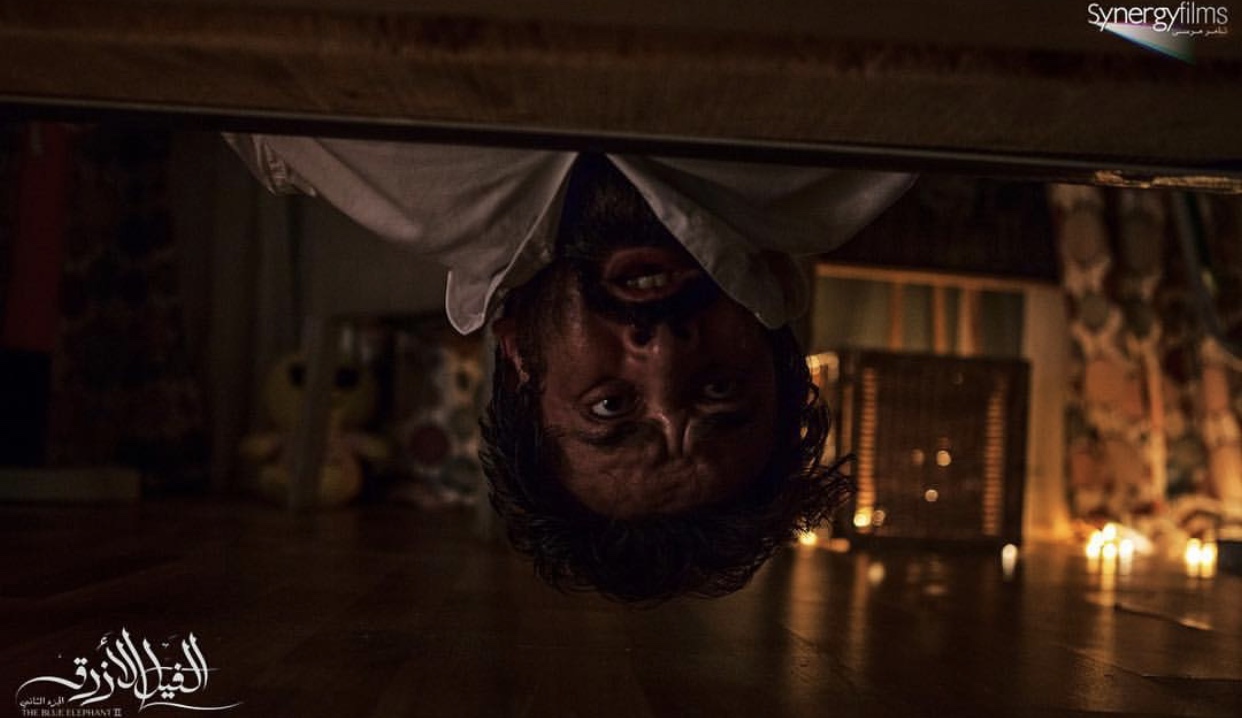 That being said, it just felt like some of them were happening slowly. For instance, you’d find Yehia, in some scenes, taking forever to walk up the stairs. And him and Farida would be in a staring contest for a bit too long..etc.

As for how the climax was built up, we can’t say anything bad about that one. Yes, we were all shocked; like it all came all of a sudden. But the thing is: it didn’t. It was nicely and shockingly put together, piece by piece to deliver the million plot twists we witnessed.

Just like the first installment and even better; neither the cinematography, graphics nor the sound effects disappointed us. If anything, the dramatic touch they added altogether is indescribable.

The way this movie was shot, in addition to how the graphics were perfected in every scene – especially those when Yehia takes the pills – were captivating in every possible way. As for the soundtrack, it’s a whole experience on its own!

The overall genre-vibe of this movie is drama, mystery and most of all HORROR. Therefore; those three elements were crucial to grab the audience and make believe. And thankfully, that’s exactly what happened.

Throughout the film, you’d find yourself reacting with the background music and that itself is an art that this movie perfected!

Since the ending is basically the climax; like we said, it was nicely done and put together. But despite the brilliance, we felt that the actual ending was too predictable. And no, not just because it matched the original ending of the book!

But simply because it was clear that all of this was leading up to Nayel taking full control of Yehia. Like, we already know he wasn’t burnt. So, why the hell would he go away this time if he didn’t in the first? 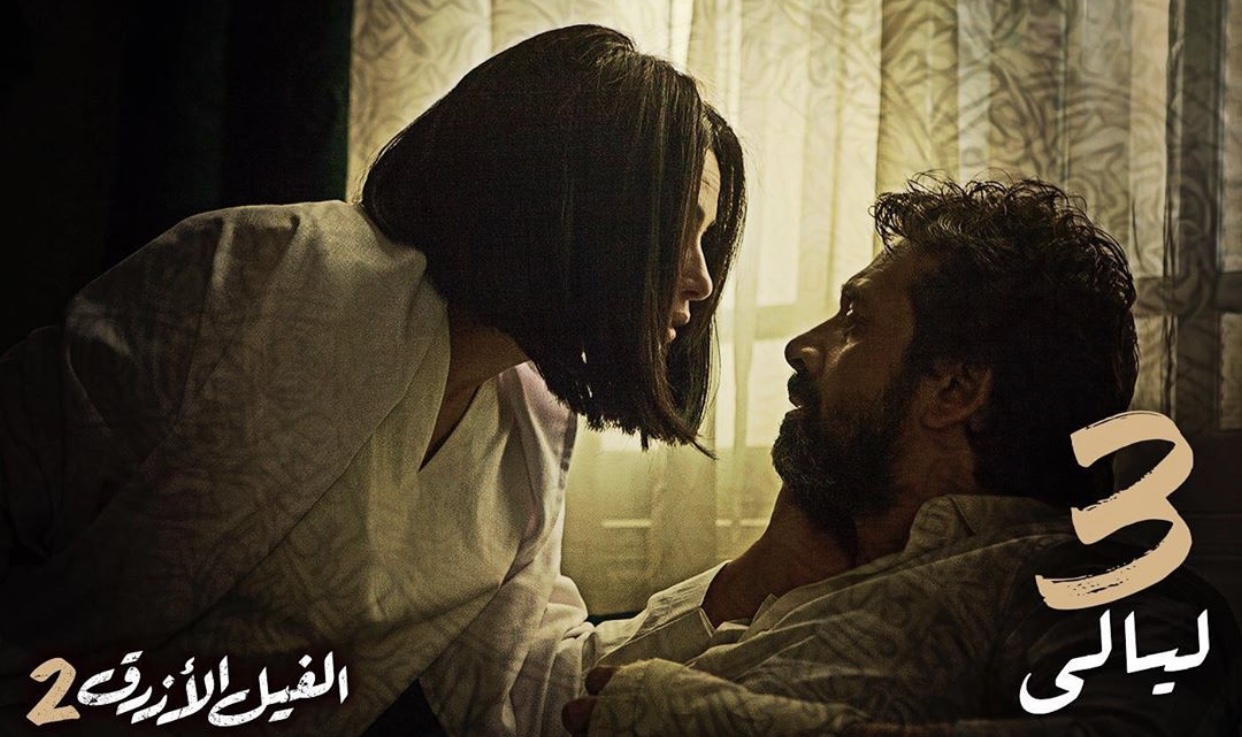 Even though everyone in the theatre was mind-blown and in a mini shock after the ending credits rolled in; they were all shouting that Yehia is now Nayel as it happened in front of all of us. This is supposed to be a major plot twist; and for one, it wasn’t so good!

Although it’s indeed a logical ending, this movie needed more. It needed something as unpredictable as all of its unforeseen previous events. However, we can’t help but wonder; was this an indication to a third part? Because if it is, we’re SO ready! Because predictable or not, we were indeed left on a cliffhanger…

For so long now, “El-Fil El-Azrak 2” is the first movie that’s actually genuinely worth the watch. We don’t remember the last time something so captivating graced the big screen.

For a second installment to an insanely popular book/movie; it did a great job! It’s safe to say that – despite the mini fillers and slight confusion – we liked this better than the first. And that doesn’t happen often!

Finally, we’re ready for a third one to come our way. We just really want it to be less predictable; because that’s what this series deserves! What do you guys think?