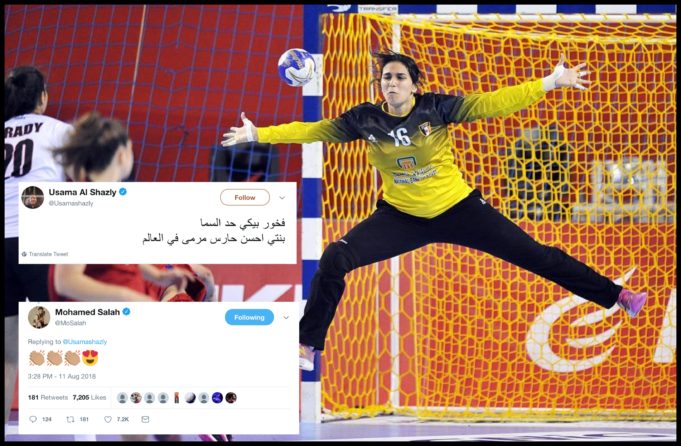 Egyptian handball player Farah Al Shazly has been named the best handball goalkeeper in the world! She was crowned this title during her participation in the ongoing 2018 Women’s Youth World Handball Championship, which is the official competition for the women’s national handball teams under 18 years. She saved 31% of the shots. Amazing, right?

Farah Al Shazly’s father, the talented novelist Usama Al Shazly, tweeted about it expressing how happy and proud he was of his daughter’s achievement.

Farah was named ‘Player of the Match’ in Egypt’s matches against Chile and Denmark.

Lots of people praised her with thousands of replies to her dad’s tweet. And our beloved Mohamed Salah recognized her efforts too. We do envy her of course!

We are beyond proud of you Farah and wish you a long life full of success and happiness. Keep it up and please send our regards to Mohamed Salah.