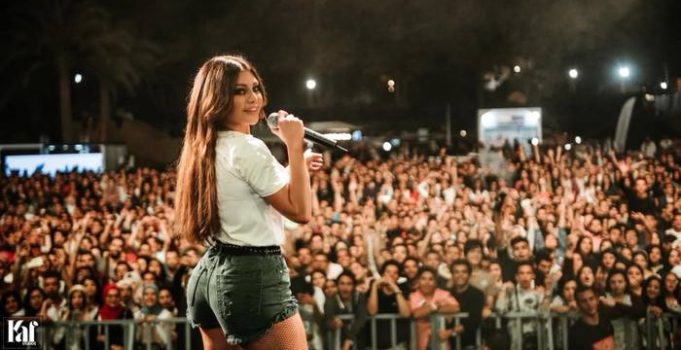 After her performance at the American University in Cairo (AUC) last week, the well-renowned Lebanese pop star, Haifa Wehbe was summoned for an interrogation by the Egyptian authorities for sporting indecent shorts on stage, she claims. This time, no rainbow flags were raised, but Haifa’s outfit was the issue!

The complaint came from a female Egyptian journalist, who attended Wehbe’s performance at AUC. She filed a complaint to the country’s tourism police, because the mini-shorts bugged her. 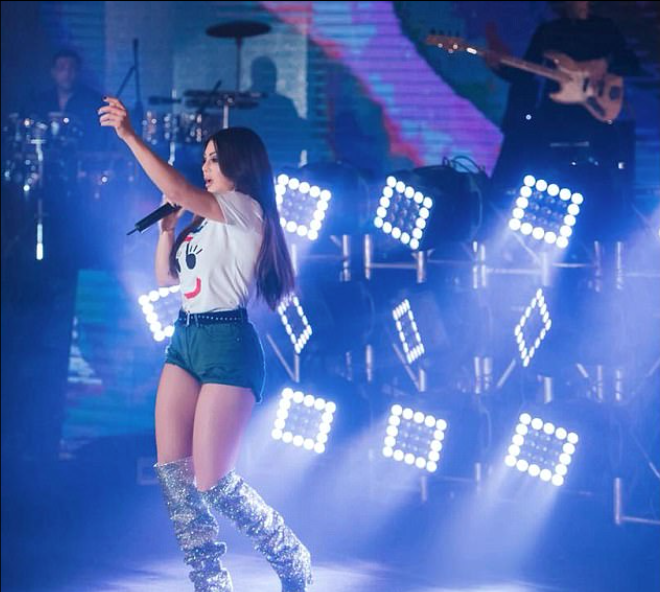 Accordingly, the police contacted the Egyptian Musicians’ Syndicate, the music licensing authority, which in turn summoned Haifa’s manager raising concerns about her outfit.

Haifa tweeted: ‘I was shocked to learn that a female journalist has lodged a complaint against me at the Syndicate in objection to the shorts I wore. Has it become intentional [to jeopardize me] after every successful performance in Egypt? Or is this civilized look (my outfit) strange to some people?’

A spokesman from the syndicate declared that no step to ban Wehbe had been taken, it was only a warning. “She should take into account the traditions and customs of the Egyptian declared the spokesman.

Yep, what is it with you Haifa? Don’t you know that people aren’t allowed to wear what they want here? There is a national duty to rape girls who wear ripped jeans!