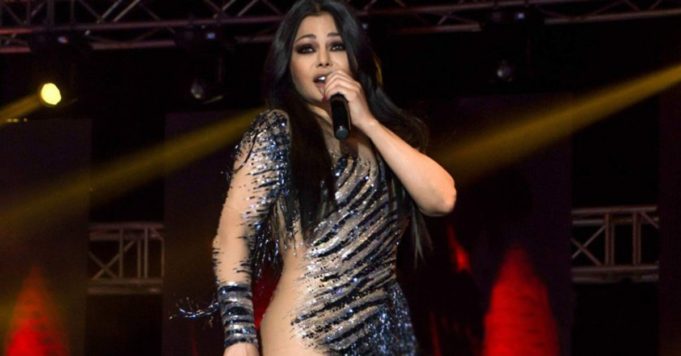 After Rania Youssef’s controversy, a new image for Haifa Wahbi wearing a controversial dress has been circulating on social media.

Social media users think Haifa’s dress is too revealing and not conforming to our society’s norms and traditions.

Haifa responded by saying that the dress was from an old movie, and that the image on social media had been photo-shopped. She also added that people are trying to abuse social media to insult and attack others and gain fame at the expense of celebrities’ reputations.

Is the Dress Real or Photo-shopped?

Haifa’s wore the dress in the movie Kher W Baraka, where she performed a song in it. The dress is real and wasn’t photoshopped, but the image is no way related to Cairo Film Festival’s red carpet event as the movie came out last year.

Regardless, the movie did pass the censorship board. This means that it’s deemed adequate for the audience.

Whether or not Haifa will have to face the same storm as Rania Youssef remains unclear. We are yet to see if the fuss will lead to the same outcome.