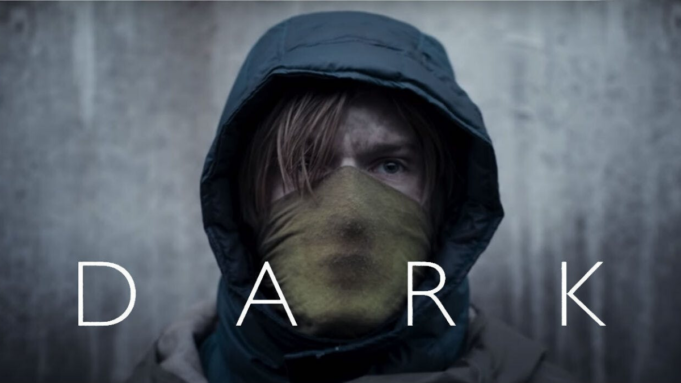 We have a confession. After binge-watching Dark’s third and final season, we wanted to look up some fun facts…but this is literally what we’ve looked up:

See, Dark’s final chapter has managed to wrap things up nicely. And, yes, we’re getting into it.

Warning: will have heavy spoilers

We all remember last finale when the apocalypse was happening and Older Jonas and his teenage friends time-traveled out and Younger Jonas had Marta die in his arms, right? Then a Mathilda-haircut Marta showed up and told him there’s another world, and we all looked like this:

Well, season 3 kind of ignores the hell out of that as it begins with showing us the World 2.0 and how different it is from the one we know.

Katharina and Ulrich are divorced and their children are all brunettes. A pregnant Hannah is married to Ulrich, who’s cheating with Charlotte who still has marriage problems with Peter but in this verse, Franziska is the one who’s deaf. Oh yeah, and Mikkel didn’t time-travel anywhere so he’s still there and Jonas doesn’t exist.

…That is, of course, until the Dark Marta shows up in Jonas’s verse and takes him back to hers so he can meet the version of her from a few days ago and change the world and stop the apocalypse because it happens here too. And while all of this is going on, we have the Scar-face Gang going around different time-periods terrorizing basically everyone.

But don’t worry this all makes sense, eventually. See, we jump around a lot but we manage to see how Older Jonas and crew went to the late 1800’s, when he grows more and more bitter after they get stranded and starts turning into Adam after his experiments just don’t work after taking an energy-ball type of thing from a visiting Dark Marta…yeah.

We also see where Charlotte and Old Elisabeth with Adam in the HQ and we get to see 80’s Claudia take care of Regina (before Tronte kills her) and Peter and Young Elisabeth as they try to fend for themselves in the world just after the apocalypse, with Young Noah promising he’ll be there after Peter is killed (ouch).

But this is all minor when you consider we meet the Other World’s version of Adam, a grownup Dark Marta who calls herself Eva…yeah, this happens.

We discover Adam and Eva are two sides of the same coin. Both manipulate their younger selves and everyone around them into doing what they want. Adam wants to stop everything from happening and Eva wants everything to keep on happening…and this kind of ties up in the weirdest custody battle of all time.

Yeah, Young Dark Marta is pregnant and gives birth to the Scar-face Gang because this isn’t weird enough. Anyway, Adam wants to kill her because that baby is the origin of everything and it’s why everything keeps on happening. Except he can’t, though. And then Old Claudia comes in with the ACTUAL answer.

So About THAT Ending

First of all, let’s just give it up to Claudia. While Adam and Eva were playing their infinite game of time-space-chess, she discovers the key to solving everything.

See, we’ve established that Adam wants to kill Other Marta, but Eva actually wants this to happen because, well, quantum entanglement says this keeps the loop going instead of ending it. And we don’t have a degree in physics, so moving on…

Claudia shows up to explain everything to Adam and, frankly, to us. She explains how Eva is using the loophole to jump-start different realities that both sustain each other while happening at the same time — as in, Schrödinger’s Cat.

And Claudia, after years of studying, discovers that both Adam and Eva’s worlds shouldn’t exist. There’s a third, Original World, in which one significant thing happens to split it into three and create the weirdest family tree of all time:

H.G. Tannhaus’s son and his family gets into a car accident and H.G. Tannhaus tries to bring his son back by creating a time machine, whose energy creates the passageways in the cave.

In a moment that has never happened ever, Claudia uses time’s stopping to tell Adam to go to Jonas in the reality where Marta doesn’t save him to send him and Marta back to the third world. Adam does so and Jonas and Marta go to that world’s cave and wait for Tannhaus to start the passageway.

Then they use that rift in time to go to the night of Tannhaus’s car accident and persuade the son to go back home. And this is it. Literally.

Tannhaus never needs to make a time machine, the world doesn’t split, and everyone who was a result of time-travelling and their worlds don’t exist anymore. And this kind of means almost everyone on the show.

Do we even need to say it? This last season has done it all!

It showed us how intermingled the Nielsen-Tiedemann-Doppler-Kahnwald family is and how everyone was duped. It showed us the Tannhaus family curse and Adam and Eva’s real motives. And not to mention, that it upped its cinematic lens to give us worlds so vivid as they are grim.

Verdict: watch it and watch it NOW, just don’t read too much into the physics or you will lose it.

Dark’s final chapter has answered all of our questions. No, really, we’re not joking.