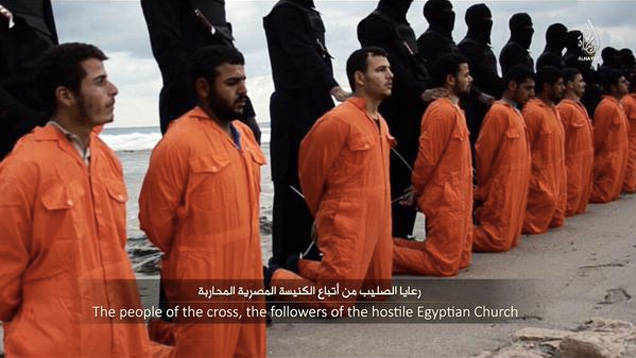 Watching foreign media or reading their newspapers shock every human being on this planet. Foreigners are being fed by their media, day in day out, that Islam is terrorism and Muslims have to leave their countries because they freak them out. On the other hand we Mulims are horrified with the killings and massacres of those terrorists! Yes they are terrorists, they are not Muslims. We are just as horrified and afraid as you are. ISIS is a terrorist organization linked to fanatic beliefs that do not represent Muslims.
Here are some verses from Qur’an that forbid killing, violence and order us to love Christians and Jews as well. Those ‘beings’ forget about the teachings of God in the Qur’an and hold on to the interpretations of their sheikhs who feed them what they want, specially the ignorant and the foreign ones who don’t read or understand Arabic.

Islam is a “Religion of Peace”

1- Murder is strictly forbidden in Islam
“And do not kill a soul that God has made sacrosanct, save lawfully.”

2- If the motive for terrorism is religious, it is impermissible in Islamic law. It is forbidden to attempt to impose Islam on other people.
“There is no compulsion in religion. The right way has become distinct from error.”

3- Islam forbids aggressive warfare.
“But if the enemies incline towards peace, do you also incline towards peace. And trust in God! For He is the one who hears and knows all things.”
“Fight in the way of God against those who fight against you, but begin not hostilities. Lo! God loveth not aggressors.”

4- The Qur’an demands Muslims to exercise justice towards people even when they have reason to be angry with them.
“And do not let the hatred of a people prevent you from being just. Be just; that is nearer to righteousness.”

5- The Qur’an  promises Christians, Jews and Muslims, who have faith and do good,  no fear in the afterlife. It does not state that non-Muslims will go to hell– quite the opposite.
“Surely they that believe, and those of Jewry, and the Christians, and those Sabeaans, who so believes in God and the Last Day, and works righteousness–their wage waits them with their Lord, and no fear shall be on them, neither shall they sorrow.”

The Qur’an not only does not urge Muslims to commit violence against Christians, it calls them “nearest in love” to the Muslims! The reason given is their piety, their ability to produce holy persons dedicated to God, and their lack of overweening pride.

So at the end, we Muslims are not ISIS! And refuse they be named Muslims! May the 21 Egyptians killed yesterday rest in peace.. 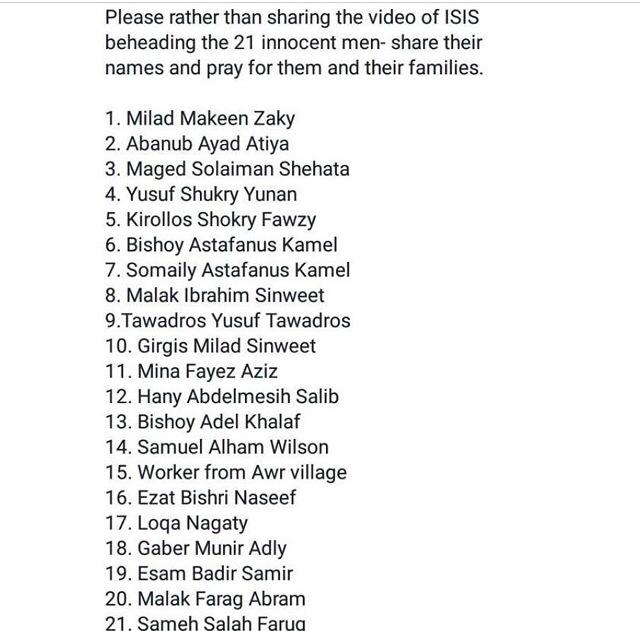 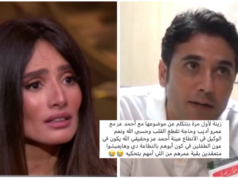 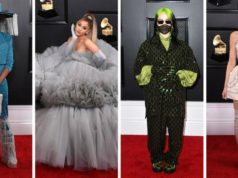